On Sunday morning, arriving downstairs post-reveille to the sight of my mother baking momentarily regressed me back to my boyhood. The pouring of Kellogs’ cereal into a yellow Tupperware bowl, which we’d had since the late 1960’s, in association with mater’s mixing bowl magic transporting me back to my Gateshead childhood.

Up to her elbows in flour, eggs, milk, sugar and water, in reference to my tardiness at leaving my pit, Maggie greeting me with “About bleeding time!” While tipping a portion of Special K flakes into my 50 year old dish. I grunted a unappreciative “Bollocks!” in response to mum. A repost that would’ve received a ferocious maternal response if I’d have dared utter it at the time of life I’d briefly regressed in my imagination.

“Did you sleep well?” mater enquired with a respect and politeness my earlier rudeness hadn’t warranted.

“Not bad, ta!” I grunted again like a pubescent teenager. Something I could only conclude was consequential of being surprisingly jaded, despite recently concluding 10 hour slumber.

“I’m baking a cake!” Maggie Strachan chose to enlighten me.

“I’m glad you clarified that, mum!…. I thought you were decorating the kitchen!” I uttered with unnecessary sarcasm, while slurping cacophonously on the mouthful of cereal which’d just been jettisoned into my gob.

“No need to be so flippant!…… Why are you so grumpy, anyway?” Mrs S asked.

“I’m not so sure. I’m just feel under the weather this morning!….. I’m physically drained!” I confided.

“What after the length of that kip?…. Rip Van Winkle slept less!” mater submitted mischievously..

“Funny you should say that, mum. There are some parallels with the Rip Van Winkle story!” yours truly uttered with yet another mouthful of cereal.

“In what way?” Mrs S countered in clarification.

At this point I was going to remind her that the catalyst to both Winkley (as his friends who called him Winkley referred to him) and GJ Strachan huge kips were to avoid a nagging family member. However, as I’m residing at her Wakefield abode at the moment, eating her food and sheltering under the roof my dad worked his life to provide, I concluded it’d be a wiser strategy to avoid stirring the s**t storm. 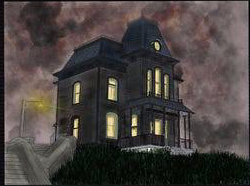 Living under the same roof as her after 30+ years isn’t without challenges for us both. Our similar personalities, including occasional feistiness and inopportunely delivered whimsy introducing a fraughtness that’s not tainted our relationship for decades.

Unlike the calm and collected responses of my late dad, my brother Ian and sister Helen, mater and yours truly would rather ‘have our say’ in response to provocation. Ripostes that are frequently ill-though out, and oft withdrawn once we realise how idiotic and unnecessary the argument was.

If I’m honest, I particularly object to the occasions when she addresses me like I’m still a little boy…… Apart from when the Mr Whippy ice cream van comes around East Ardsley and she asks if I’d like a 99 cone.

Her reverting to admonishing me as she would’ve done in the 1960’s/70’s, in particular her mantra of how her children should put the feelings and opinions of other before their own, often reminding me of the opening two verses of singer/songwriter Gilbert O’Sullivan’s1970’s hit single Nothing Rhymed. Words penned as follows:-

Am I being a good boy

Am I your pride and joy

Mother please if your pleased say I am

And if while in the course of my duty

I perform an unfortunate take

Would you punish me so, unbelievably so

Never again will I make that mistake

This feeling inside me could never deny me

The right to be wrong if I choose

And this pleasure I get

From say winning a bet

A servility which, although on occasion bears a degree of basis in fact, is an utterly inappropriate strategy to apply indiscriminately. An advocation allowing fools to prosper leading to, with the ridiculous motive of seeking popularity, her offspring occasionally hung onto the unworthy utterances of imbeciles. Opinionated blusterers whose spite, ungraciousness and narcissism deserved a firm rebuke, which through maternal indoctrinations weren’t forthcoming.

I’m in a bad mood today. The catalyst to the proverbial thorn in my claw overnight chest pains leading to an ambulance ride and 12 hours at Pinderfields Hospital . On top of that, I’ve just been made aware my wife now has a requirement to undergo radiotherapy treatment to help ease area specific tumour pain.

It’s an understatement to submit that I’m getting utterly f***ing fed up of all this existential faeces. It’s not far off nine years now since this crap commenced dropping on my family and me from a great height. While I fully accept we all get s**t to live with, the paucity of equitability between good moments and the detritus has for too long been heavily stacked against the former.

God bless Karma and all who sails in her!!