During a recent attempt to broaden my intellectual horizons, I was intrigued to read a statement by the late author, social critic and public intellectual Christopher Hitchens, claiming “Once you assume a creator and a plan, it makes us objects in a cruel experiment, whereby we are created sick, and commanded to be well.”

An unashamed contrarian, iconoclast and anti-theist, witnessing Hitchens erudite and forthright prowess in the debating bear pit with fellow intelligentsia members is an addictive watch or read. Even though, sadly, since his cancer-related demise in 2011, at the age of 62, his broadcasts now have to be enjoyed via old videos on channels like YouTube.

Individual levels of support for the author of God is not Great: How Religion Poisons Everything, will depend on their theist leanings, subscription to his acerbic destruction of icons and their opinion of his numerous other no holds barred viewpoints.

Despite spending half a century wanting to to believe we have a celestial overseer, from a personal perspective I always greet Christopher Hitchens positings from a baseline of open-mindedness. A courtesy which is the very least you can offer a man of his remarkable intellect. 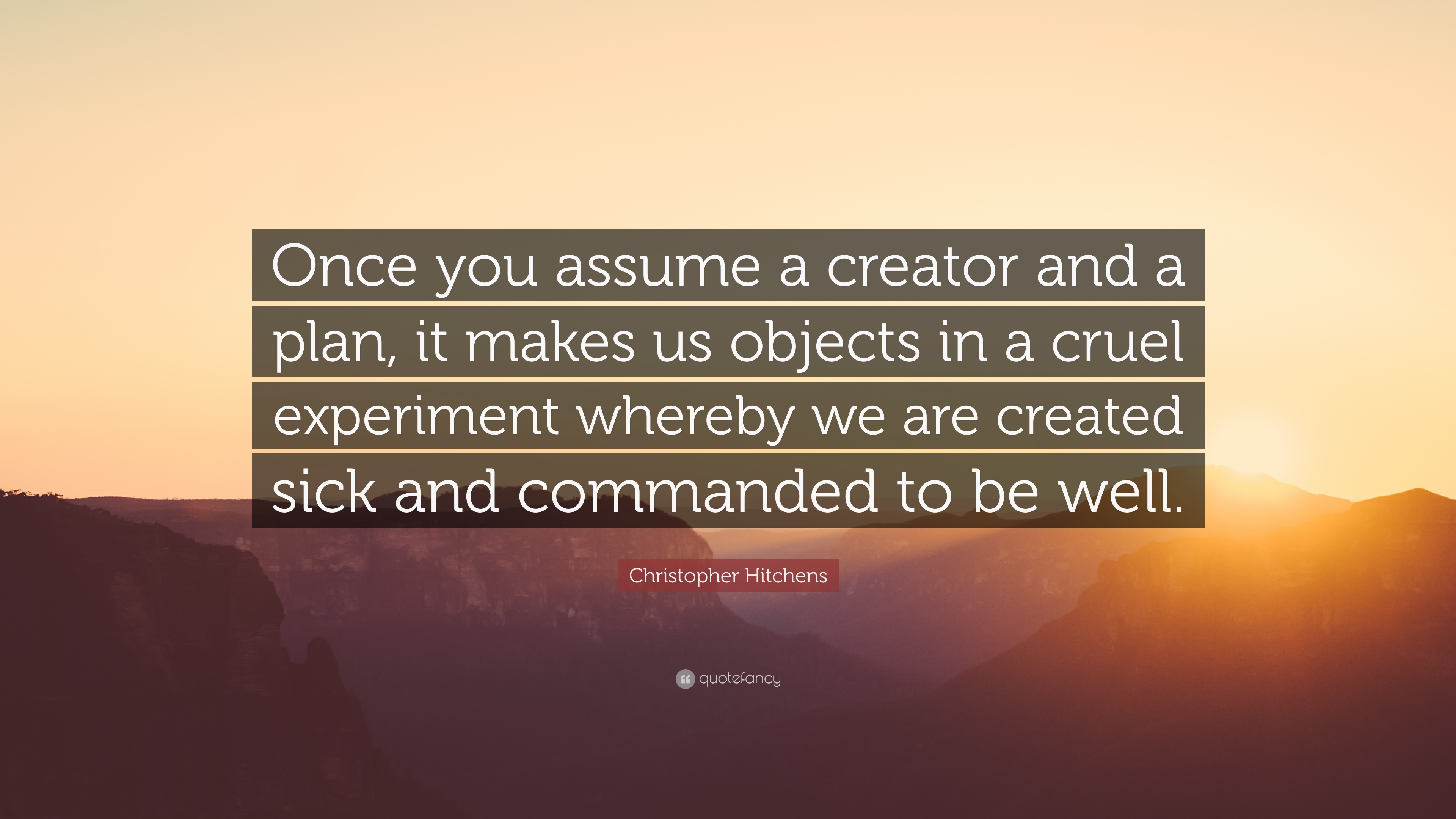 As a church goer in my formative years, I strove manfully against being led down an anti-theist route by the words of the man who spent most of his adulthood in Washington DC. However, on hearing Hitch’s forceful case against religion, ultimately I was powerless to resist being dragged kicking and screaming down this path.

Hitchens’ polemic arguments resonating around GJ Strachan’s neurological corridors as more believable observations than presented by the defence. Among many hard to refute submissions, why we’d want to believe in a celestial dictator who can convict us of thought crime (even when we’re asleep), who even after our death oversees our every move, subjecting us to totalitarian control.

The Hampshire-born antagonist’s case strengthened by submissions delivered with a confidence borne from knowing his detractors will never be able to prove him wrong….. Even if he was. A fact that, on occasion, can lead to a facile argument from those in the celestial camp that the burden of proof should lay with him as the anti-theist.

Like every single person on this globe, I cannot prove one way or the other if god exists. Or am ever likely to be able to. Despite my current opinion leaning more towards the Hitchens camp, I absolutely respect the fact religion brings great comfort to many theists. Individuals who hold the same right to believe in a heavenly being as I or anyone else has to hold a contrary view.

Evidently, Christopher Hitchens attained the adage I’ve used as this narratives title from a 16th century poet named Fulke Greville – Who wrote, “Oh wearisome condition of humanity! / Born under one law, to another bound: / Vainly begot, and yet forbidden vanity; / Created sick, commanded to be sound.”

Apparently, this observation relates to the Original Sin. An Augustine Christian doctrine that submits everyone is created sinful. Subsequently born with a built-in urge to do bad things and to disobey God. This not just an inherited spiritual disease or defect in human nature; also a ‘condemnation’ associated with this fault.

Original sin, also called ancestral sin, a Christian belief in the state of sin which humanity has existed since the fall of man – Stemming from Adam and Eve’s rebellion in Eden, namely the sin of disobedience in consuming the forbidden fruit from the tree of good and evil knowledge.

This condition characterized in many ways, ranging from something as insignificant as a slight deficiency, to something as drastic as total depravity or automatic guilt of all humans through collective guilt.

With regards the current uncertain state of my religious faith, to borrow from Woody Allen “To you I’m an atheist. To God, I’m the Loyal Opposition.”