Skip to content
By Gary StrachanJune 4, 2018Blogs family fiction humour parodyLeave a Comment on Sprinkled Moon Dust in Your Hair

Twenty eight years ago today I became a father for the first time following my son Jonny joining the cast of this reality show called life. A rollercoaster of a gig that my boy has thus far weathered relatively well, arriving into adulthood as an engaging and grounded young man of whom I’m very proud.

Never short of a whimsical putdown or a quip at his dad’s expense, Jonny is more like a younger brother to me. Our bond built since that life affirming day twenty eight years ago meaning our verbal interactions bear more the mark of siblings, than father and son.

Over those score and eight summers we’ve experiencing playing/watching football and club cricket together, inestimable laughs at each other’s expense, along with episodes of utter despair during dark family times. These engagements contributing to the establishment of a deep trust. Consequently, in adulthood he’s been a ‘go to’ confidante of mine and vice-versa.

Even the misery inflicted on my offspring from my encouraging of him to be a Leeds fan as a young child hasn’t affected our bond. It did, though, lead to him refusing to accept any more of my well-meaning advocacies – Thankfully, it never dented the robust affiliation we share. 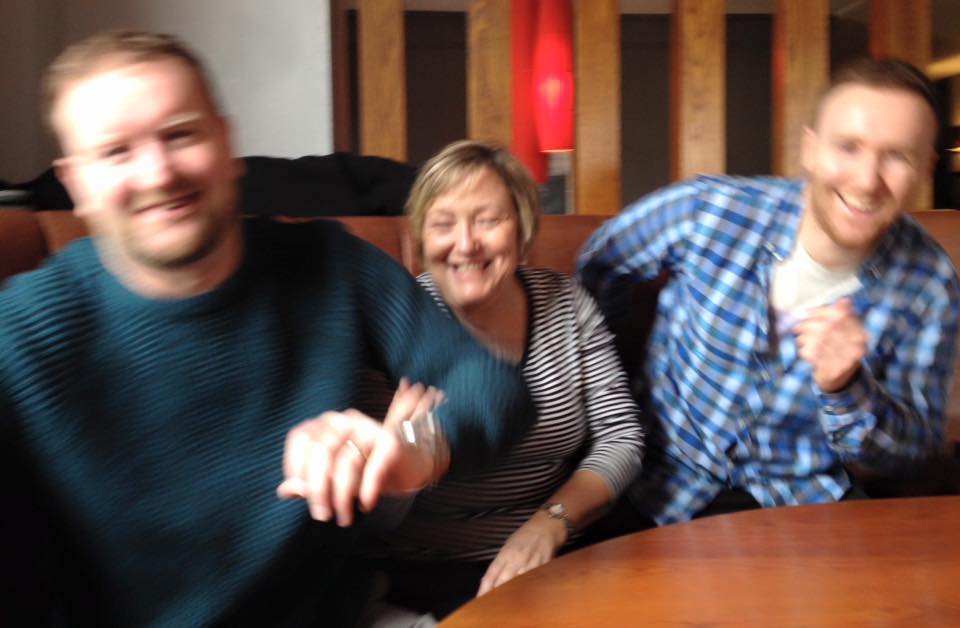 What are my memories from the day I became a father twenty eight years ago? Are their any episodes from that major life event indelibly etched in my mercurial mind? One thing I recall is, prior to Jonny’s birth, friends with kids would often wax lyrical about how wonderful it was to be present at your offspring’s arrival.

Don Quixotesque ramblings, painting the experience of childbirth as almost utopian. The commencement of a new biography etched upon chaste parchment. A tale that will include an amalgam of good and bad phases – Hopes, though, that throughout it’s duration it materialises predominantly as a feel-good yarn.

Obviously, once the babe is delivered it is indeed a magical experience, where you’re in awe at the science of procreation. Quite frankly, though, the hours between the start of contractions and the delivery are a dreadful time for lots of woman. To a much lesser extent I found it’s not without stress for the father – In particular the experience of utter helplessness witnessing your partner in long term discomfort.

Even my best knock-knock jokes were unable to lift my wife Karen’s mood during labour. Equally as inept, my move to try speed up the birth process by deciding on a strategy utilising a megaphone and hostage negotiating tactics – Leading to my shouts of “We know you’re in there!….. Come out with your hands up and nobody will get hurt!”

Anyhow, Jonny eventually made an appearance, although as he didn’t have his hands up I’ve ruled out my hostage negotiation as a contributing factor.

This morning, the anniversary of my heir’s birth brought to mind a romantic verse in 1960’s refrain They Long To Be (Close To You). A hit single penned by legendary American song writing duo Burt Bacharach and Hal David. The sentimental five lines of lyrics being :-

On the day that you were born
The angels got together
They decided to create a dream come true
So they sprinkled moon dust in your hair
And put a starlight in your eyes so blue.

Although this song spun in my cranial jukebox on Jonny’s birthday, I’m not claiming those overly saccharin words relate to my son’s delivery in 1990…… That being said, his mum and I do feel blessed to be able to call this engaging young man son.