Perching my posterior on a dining chair ready to commence today’s prose, the whirring of power tools are my uninvited audio companion.

This din not a consequence of my wife’s new addiction to the Sky Pneumatic Drill channel on cable TV. No, this audible intrusion the result of my neighbour’s ongoing conversion…… Thankfully, Karen only needs a fix of broadcasted power drill cacophony during the early evening broadcasts.

To clarify, my neighbour is adapting his previously unused loft space into a habitable room – His conversion isn’t to Buddhism, Catholicism or, indeed, any another religious practise ending with ‘ism’.

This backed by the fact I’m fairly sure that no initiation into a religious faith involves the requirement for a power drill, hard hats and the sound of rubble crashing onto MDF flooring. If there is, I won’t be rushing to join it!

Let me point out I’ve got no problem with this work being undertaken. Last week, our neighbour Phil and his fiancée courteously informed Karen and me of the upcoming work and, to be honest, the drilling is only fleeting.

Mercifully, it’s not a constant racket like in the show Pneumatic Heaven, a particular favourite of my missus on her new ‘go to’ cable channel. A low-budget soap opera surrounding the antics of a highway maintenance team whose conversations are mostly inaudible due to pneumatic drill background noise.

The drilling has abated as I commence this paragraph. My new audio bedfellow the intermittent hammering of a…….. err……. well….. a hammer. Either that or the gang of workers count amongst them a woodpecker – A previous noise nuisance I penned about in the monologue Rackety Woodpecker.

Highway maintenance receives a lot of column inches/bulletin minutes these days. The UK’s congestion and winter ice damage rendering some road surfaces a pothole bete noire. Their attempts at achieving a predominantly pothole-less driving environment an impossibility. Instead, like the painters of the Forth Bridge, they muster while embroiled in an unescapable circle of cosmetic maintenance.

The hammering from next doors loft has just abated. My new audio companion the sound of smaller drills being utilised……. Either that or Phil’s ‘souped up’ his electric toothbrush. 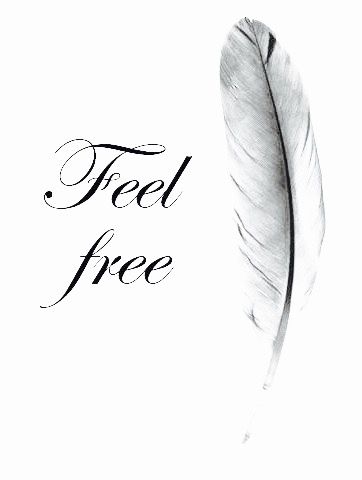 I must admit to some envy at his loft conversion. I’d love to undertake a project adapting mine into an office – A serene space where I could write, or just escape when Karen’s watching Pneumatic Heaven.

I’d love a sturdy desk and comfortable chair positioned to look out onto my back garden, and to a lesser extent a nearby retail park, as I wax lyrical. This scenario far more preferable to sitting for hours on a dining chair, as I do now, with laptop dining table in situ. An uncomfortable posture which has rendered my backside with the posterior equivalent of cauliflower ears.

Maybe, when my novel ‘Please Buy Me As I Want Money To Convert My Loft Into An Office’ receives global recognition my office space aspirations will be fulfilled. A domain of serenity where I can store my work in one place. A sanctuary where I’d loiter in solitude, bearing deluded pretentions I’m a 19th century Parisian bohemian.

A writer marginalised by everyone but the like-minded. Adhering to frugality and anti-establishment mantras so tenaciously I refuse to utilise iPhones that aren’t at least two generations out of date.

Exhibiting maverick behaviour like refusing to eat a Big Mac with gherkins, or just eating gherkins full stop…… Actually, coming to think of it, I already do that now!

Note to self – In the unlikely event you ever become a bohemian, prepare some decent maverick behavioural traits.

My dabble with bohemianism may not bestow me with Parisian views, such as the Eiffel Tower or Montmartre. That being said, witnessing someone running from the local retail park with a stolen bottle of cider isn’t completely bereft of aesthetic beauty and poetry.

This man cave would include sporting memorabilia, my vinyl albums, the self-published books I’ve written, along with a tub of E45 cream in the event I’m inexplicably afflicted by hives mid-narrative.

Additionally, maybe a beer fridge, the keyboard I’ve not played for two years, globe and family pictures could also have a situate in my den.

Like 19th century bohemians, I don’t want much out of life. My only desires being a roof over my head, a square meal a day, my health, my family’s health, facilities to wash, water, wine, beer, a better laptop, an office, a reliable car, a ‘2 for 1’ meal voucher for Nandos, a meerkat toy, a Margot Robbie calendar, Leeds United not to be rubbish, an electric juicer, a Faberge Egg……..

Coming to think of it, I want loads of stuff….. Maybe I wouldn’t be suited to a bohemian lifestyle after all!