Wednesday 9th May – Yesterday I received an unexpected comment in response to a picture I recently shared on Instagram. The photo in question containing three Strachan males (my son Jonny, brother Ian and me) donning flat caps on a recent visit to the memorial garden at Headingley cricket ground.

Appearing like an amalgam of TV’s Peaky Blinders and Last of The Summer Wine characters, we’d adorned caps in tribute to my dad whose ashes we were about to scatter at the home of Yorkshire County Cricket Club. The cap and a precautionary waterproof jacket being his attire of choice during sojourns to watch matches involving his beloved home county. 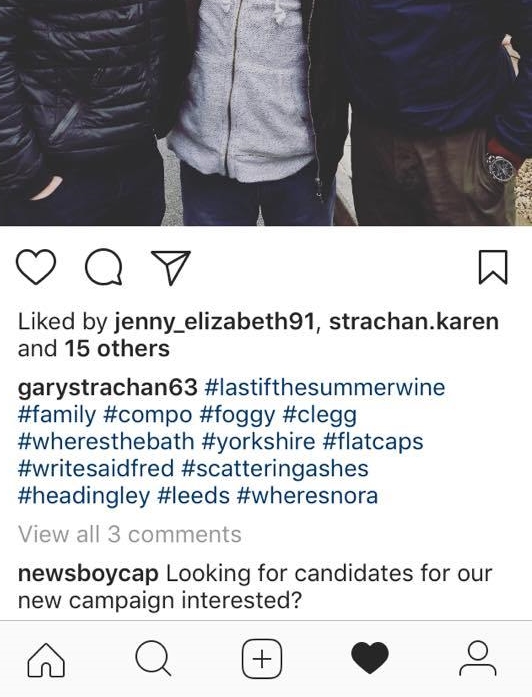 I responded we may be interested, but only if my high maintenance brother got his own dressing room, throne, ermine cloak, sceptre, orb and was remunerated for his modelling efforts with three cases of Pinot Grigio wine.

In a further show of greed, I also added a clause for our kid to receive top billing in the campaign credits, not to mention three more cases of Pinot Grigio, two additional sceptres and a pair of winceyette pyjama bottoms. A caveat triggered in the event his fine head of hair dwindled as a consequence of excessive cap wearing requirements.

My brother adores the white Italian wine made from the pinot grigio grape. An accomplished drinker of the vino, his recreational quaffing follows a recurring format – He drinks the beverage until he can no longer utter the words pinot grigio!…….. When his inebriated state renders him incapable of uttering the grape name he responsibly moves onto drinking beer.

Unsurprisingly, I’m still awaiting a response from the headwear manufacturers about my demands. Stipulations that also including free crèche facilities, unrestricted use of the phrase “Does my arse look big in this cap?” and full artistic control of how our pictures get utilised in the campaign.

Some may opine that at the age of 27, my son Jonny is a bit old for being left in a crèche. However, it’s nice to know if my offspring fancies half an hour in the ball-pool, or a few stolen minutes singing about Peppa Pig, those facilities are at his disposal.

Until I receive a response to my demands, though, my negotiating leverage is as yet unknown.

On hearing the news of this Instagram comment, my wife Karen informed me the success of TV show ‘Peaky Blinders’ has returned flat caps into fashion. Her revelation leading to the following conversation:-

Me (inquisitively) – “What’s ‘Peaky Blinders’ about then, Karen?…. I’ve never seen it.”

Karen – “I’m not sure, but evidently they wear caps in it.”

Me (puzzled) – “That doesn’t tell me much!…..What genre of show is it?….. Drama, comedy, docu-drama, horror, light entertainment?”

Me – “So to clarify….. ‘Peaky Blinders’ is a cap filled drama, comedy, docu-drama, with it’s roots in both horror and light entertainment?!”

Me (seeking further clarification) – “Whose in it?”

Karen (racking her brains) – “I think that actor our Rachel really likes is in it.”

Karen (confusingly) – “No it’s not Tom Hardy….. It’s Tom Hardewick…… The one who played Bane in that Batman movie ‘It’s a Hard Days Knight’

Me (unpicking the enigma) – “Tom Hardy did play Bane, and I think the Batman movie was called ‘The Dark Knight Rises'”

A moment of silence ensued before Karen growled back “No one likes a clever s***e, Gary!!” 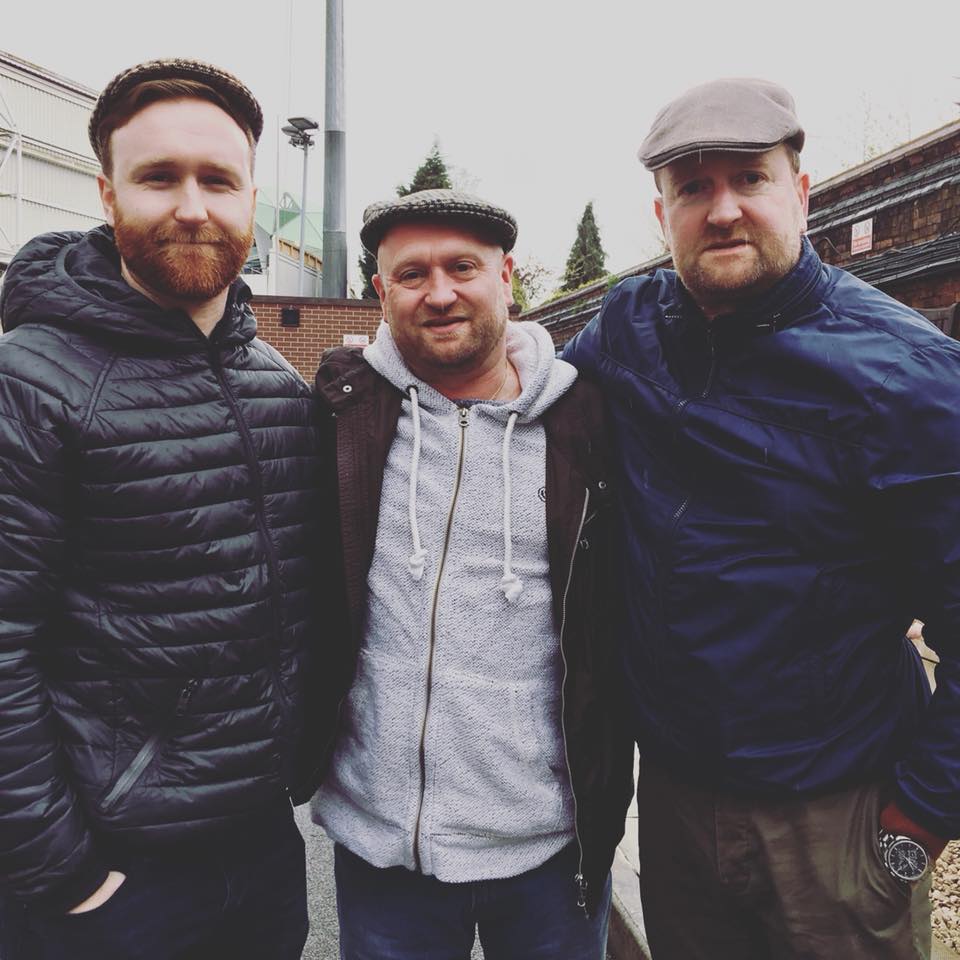