During this morning’s inaugural venture into the kitchen, I was greeted by the much vaunted Eagles anthem Hotel California on Magic radio .

To clarify, Magic radio is a digital station that plays classic hits from the 1970’s/80’s and 90’s. It isn’t a channel that gives advice on how to undertake illusions, such as pulling a rabbit out of a hat, or sawing a scantily clad stage assistant in half.

Although never previously dabbling with magic, I have pulled a rabbit out of my hat. A necessity after Bertie Bunny from next door fell asleep in my trilby. Although this wasn’t an act of hocus pocus, I’m baffled how he got in there as I was wearing it at the time…….. I also once tried sawing a woman in half, but I can’t talk about that until after the court case.

Despite my disinterest in sorcery, I recall my brother Ian once attempting a magician’s trick when we were kids. It was an illusion he’d seen by a guy clad in all black, adorning a garish bow tie and unfeasibly high top hat; my dad’s work dress code was flipping embarrassing!

The illusion involved a TV magician putting an egg into a handkerchief, prior to hitting the enclosed item several times with a toffee hammer. On the TV trick, the illusionist opened the hankie to reveal the egg was ‘miraculously’ still intact.

Our Ian thought this was brilliant, immediately heading to our fridge for an egg. He also procured a hammer (which bizarrely was also in the refrigerator) and one of dad’s ‘best’ hankie’s from the sideboard drawer.

I’m not sure why half of dad’s handkerchief’s were deemed as ‘best’ as they all looked the same. I doubt the ‘best’ snot rags had superior qualities when it came to maintaining nasal hygiene, but I guess that’s just how our family rolled back then.

Anyway, back to our Ian’s magic act.

With an expectant audience of me and our baby sister Helen (who was asleep in her pram), my brother mimicked the build up of the genuine magician he’d seen earlier in the day. The only thing missing was a drum roll, which we couldn’t replicate as we didn’t have a drum, and even if we had, we’d wake our Helen and mum would have gone absolutely apes**t!!

Much to our Ian’s chagrin, on opening the white cotton handkerchief it was no longer chaste white on the inside. The previously achromatic material instead covered with the contents of an egg mixed with fragmented egg shell.

“That didn’t happen when the magician did it!” exclaimed my 8 year-old sibling. To make matters worse for our kid, the hammering of the egg on the kitchen table had woken Helen and she was now bawling her eyes out.

As we heard mum walk down the stairs to tend to our sister, Ian hastily shoved the egg soiled hankie back into the sideboard drawer, making himself disappear by running out of the back door at full pelt. 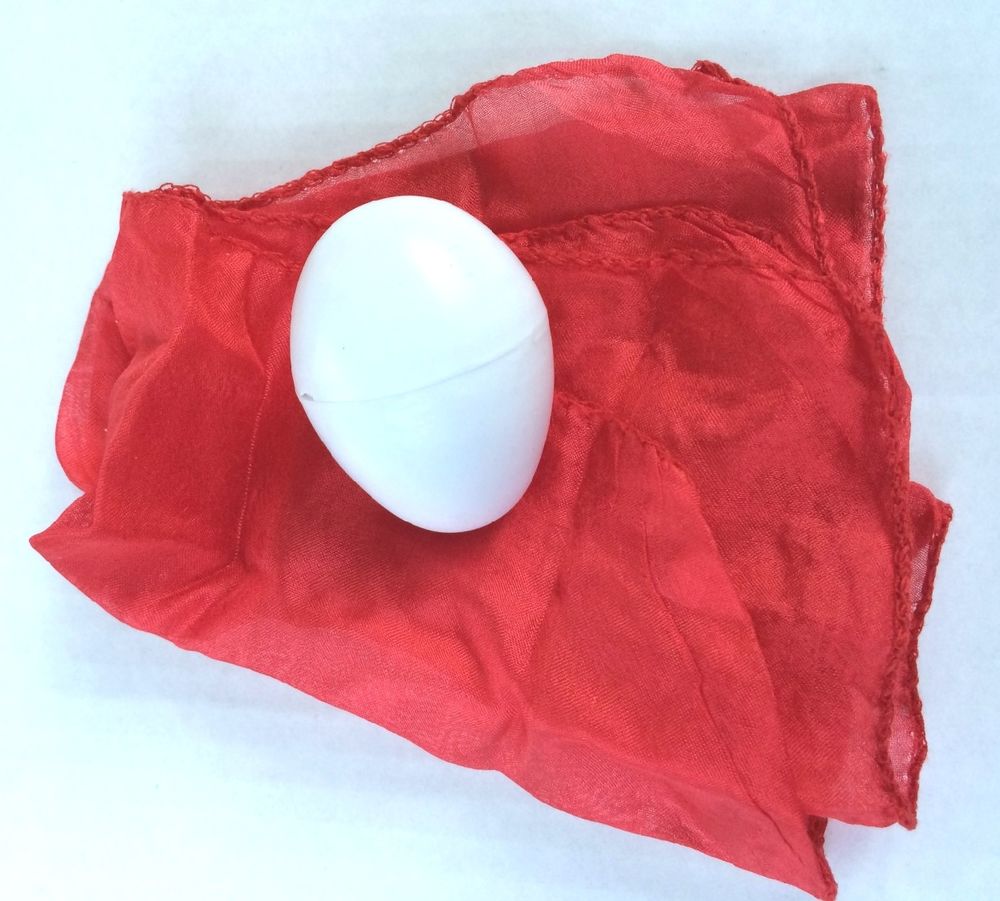 It wasn’t until the next day the evidence of my bro’s failed sorcery came to light. His tomfoolery becoming common knowledge when dad, who was about to leave for work, shouted upstairs to mum:-

“Marg, did you know one of my best hankies is full of egg yolk and broken shell?”

My mum, who had a sixth sense for unearthing the perpetrators of mischievous acts, beamed straight at our Ian. Stood in our room between him and the bedroom door there was no escape for my younger sibling, blond of hair and diminutive of stature.

“Put it with the non-best hankies and I’ll wash it later, Mal!” mum shouted back downstairs to dad.

Meanwhile upstairs a metaphorical drumroll (remember we didn’t have a drum) was taking place as we waited with bated breath for mater’s next move.

“Have you anything to say for yourself?” she tersely enquired of Ian.

“It was our Gary, mum!” Ian responded (the lying get).

“Was it?” she asked me, swapping her fearsome glare in my direction.

“Was what me, mum?” I enquired, really wanting to stay on the periphery of an incident in which I had no involvement.

“Get egg all over one of your dad’s best handkerchiefs.” she responded, maintaining her ‘bad cop’ drilling.

“I don’t touch dad’s best hankies, mum. They are sacrosanct, like the lost village of Merhades!” I said, attempting to think on my feet without dropping my brother in the crap!

“Well then. Let’s hear the tale, Ian”, mother demanded of her youngest son.

“There’s no such thing as the lost village of Merhades, mum!” Ian manfully battled on defensively.

“Well if our Gary’s lying about that, you have to ask what else he lies about!…. Once a liar always a liar, as they say.” my brother misleading pointed out. Now seemingly determined to pin this minor misdemeanour on me.

“This has all the hallmarks of one of your pranks.” my mum argued, starting to turn the screw.

“I saw him with eggshell on his jumper last night!” Ian replied, sensing the jury were being swayed back towards finding him the culprit.

“You realise your under oath, Ian….. You’re purging yourself not by telling me the truth.” mum proceeded with her cross-examination.

“I’ve not sworn an oath, mum……. Anyway, I’d never touch dad’s best hankies. They are sacrosanct, like the lost village of Merhades!” Ian continued with his Alamo style defence.

“There’s no such place!” Mum responded.

“When our Gary used that excuse it didn’t seem to matter!” Ian countered desperately.

“Look if you don’t tell me the truth I’ll smack you!” mum threatened.

“Well you’ll smack me if I do tell you the truth, so I lose out either way!” the wee fella justifiably pointed out.

“I won’t smack you. I just want the truth!” re-assured mater, patience starting to wear thin.

This caused mum to turn her disapproving glare back at me. “I’m disappointed you lied to me, Gary….. Get downstairs for your breakfast!” she scolded.

Before I had a chance to defend myself, she added “Oh, and will you stop going on about the bleeding lost village of Merhades, Gary!….. You’re really starting to do my head in!”