“When I first said I wanted to be a comedian, everybody laughed……. They’re not laughing now.”

I thought of this joke as I rolled out of bed this morning. I was still half asleep and shortly to trip over the boxer shorts I’d carelessly discarded the previous evening. Thankfully, I didn’t sustain any injury, although the boxers received an unwelcome rip from a sharp toenail during the stumble, which may necessitate their disposal later.

After making a mental note to watch where I throw my undies in future, along with a requirement for a much needed trim of my toenails, my neurological corridors were once again graced with the above Monkhouse quip.

I’m unaware why this one gag, from the thousands of funny wisecracks in the Beckenham born writer/performers burgeoning portfolio, made an unscheduled visit to my mind shortly after waking.

Like many of his one-liners, I remember it as humorous, clever and delivered with rapier speed and immaculate timing……… However what, on this grey, damp winter’s morn, triggered this self-deprecating joke to seek my attention like an errant child? 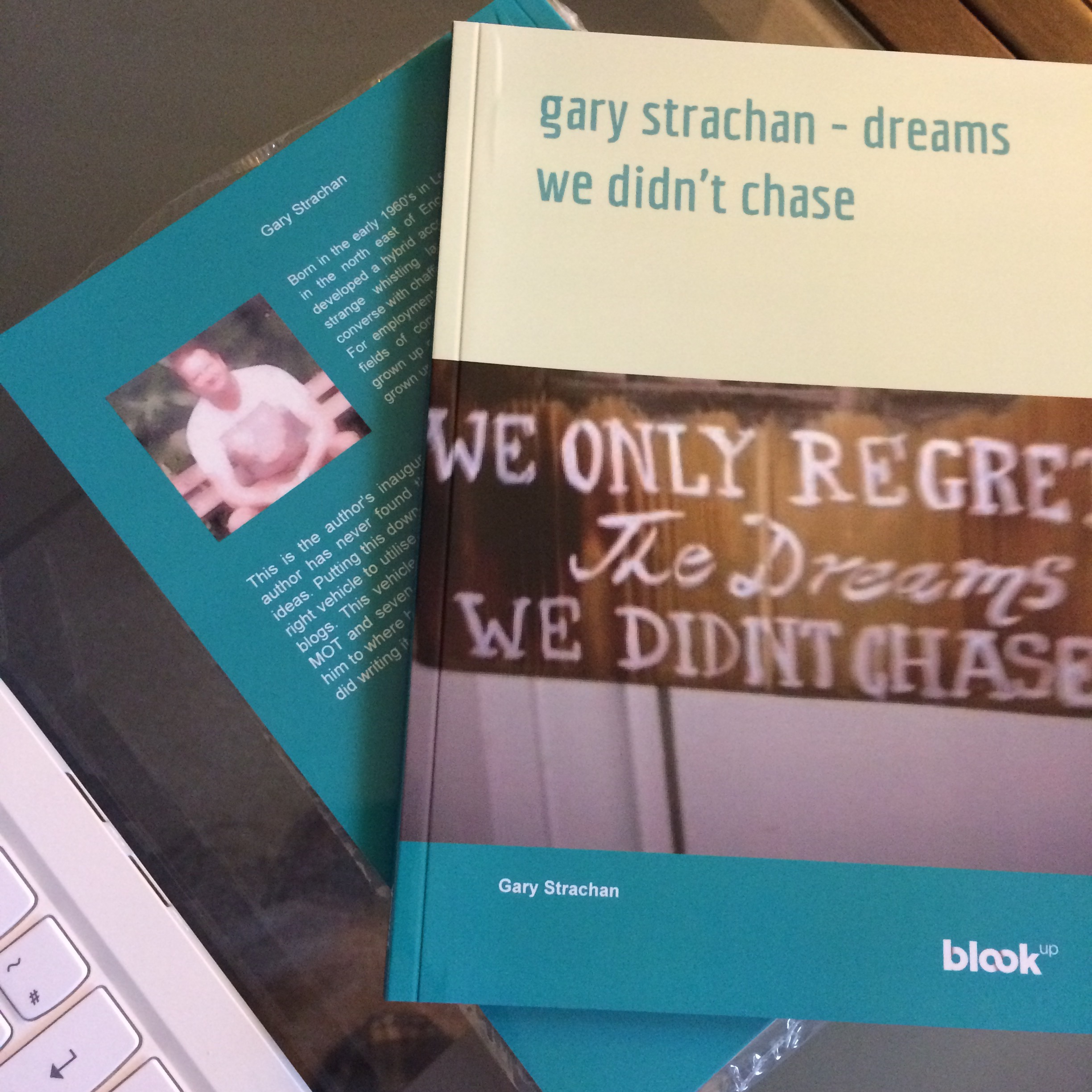 Could it be my anticipation at the arrival today of a self-published paperback book? A tome penned lovingly by this Leeds based author, random of mind and erratic of thought.

I want to immediately clarify that I’m not making any comparison at all to the quality of my book and anything Bob Monkhouse wrote.

Far from it, I suspect this morning’s uninvited neurology guest manifested itself as a tongue in cheek metaphor for me ‘making it’ as a humour writer because of this self-publication. Which, as I’ve had to self-publish and won’t be monetising, I obviously haven’t!!

Regardless of this, though, I’m a tad excited about seeing a paperback publication with words created in the unpredictable environment of GJ Strachan’s brain. Call that what you will. Vanity, egotistical, attention seeking, deluded or all indeed a combination of all four.

I prefer, though, to think of this not as an act of conceit, moreover a guy merely wanting a hard copy sample of hours of his lexicological labour. Something he can own that’s more tangible and ‘old school’ than a screen version on an electronic device.

I’m proud of this publication and shall treat it like I would my own child. I shall endeavour to ensure it lives in an environment of love, protection, warmth and gets a visit to Alton Towers once a year.

Saying that, though, as it won’t beat the height restrictions on some rides, it may not fancy the longish trip from West Yorkshire. After all, if the Teacups all it can ride it’s pointless driving over 100 miles to Alton Towers. We may as well venture to a local fair which affords similar rides and excitement.

My book itself is a part-fictional diary based on some truth, which tells an account of my day to day life  during November 2016. I’d like to think it delivers content of an insightful, interesting and humorous nature. Not forgetting an erudite use of the word ‘horticultural’ on page 53.

I started this blog with a personal favourite quip from Bob Monkhouse. To close, and while I wander off to cut my toenails, I’ll leave you with the following thought provoking question once proffered to his audience:-

“When the inventor of the drawing board messed things up, what did he go back to?”