In the last week, a couple of broadcaster’s off the cuff wagers about what they deemed as highly unlikely occurrences appears to have backfired on them.

Firstly, Gary Lineker, ex-professional footballer turned sports broadcaster, claimed last December that it was so unlikely that his hometown club Leicester City would win the Premiership title, he’d present ‘Match of The Day’ in his underpants if it came to pass……. And it did last Tuesday!

Then, someone called Katie Hopkins, who I believe writes in some gossip peddling rag, claimed she undertake something outlandish if a Muslim candidate won the London Mayoral election……. Which he did last Friday evening!

I’ve no idea if Lineker carried through with his wager during yesterday evening’s ‘Match of The Day’ as I don’t watch it. Not through any dislike of the Leicester wingnut’s presenting, moreover I’ve no great interest in the Premier league since my team lost its status there in 2004……. I know it’s petty but I’m sure I’ll get out of it one day.

On the contrary, I’ve nothing but admiration for the bloke who played the game at the highest level in role model fashion, before re-inventing himself as an engaging, witty and slick TV presenter. His only flaw appearing to be his savoury snack kleptomania…….. He’s the nice lad you’d want to marry your daughter…… Or, coming to think of it, with his marital record maybe not!

Halo – Is it me your looking for? 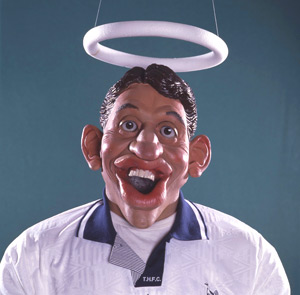 I can’t say a great deal about Katie Hopkins, as I generally attempt to avoid her attention seeking behaviour. All I really know about her is that she courts controversy with outlandish statements; both verbally and through the rag column she proffers.

When I say the delectable Ms Hopkins courts controversy, apparently that might not be for much longer. Apparently controversy is at the end of his tether and thinking of ending the courtship.

Without googling, I’ve no real recollection of Katie’s diatribes are as they are filed under ‘waste’ in my cranial database. This is an area I only utilise as a last resort; a living space of unwanted information, including the garbage peddled by people I don’t respect. Here Katie’s comments seem content and have made many friends, including a special relationship with Richard Madeley’s insincerity.

I’m struggling to recall what Ms Hopkins proclaimed she would undertake should a Muslim become Mayor of London. It was something along the lines of she’d show her arse a picture of Oxford Street if that scenario occurred.

As with Gary Lineker, I’m not sure if Katie has followed up on this wager and if so what her arse thought of the picture of Oxford Street. If truth be told, I’m not interested in the slightest about people showing their posterior a photo of a famous avenue of our capital city…… Or, indeed anything Ms Hopkins says or does.

She would argue, of course, that if I’m not interested in her attention seeking, confrontational sound bites then why have I written half a side of A4 about her. This would be a valid comment to which I have an educated and articulate answer…… “Chuff off, you inciteful shite stirrer!”

In her defence, she is probably misunderstood and I genuinely have nothing against her. I think of her as the sister I never had……. Hold on a minute, I have got a sister! …. Scrub that!

Right, with that ‘hilarious’ put down I need to get my skates on as I’ve places to go.

To clarify, when I say get my skates on I mean go get ready as we have a family party for my dad’s 80th. Not that I’ve been given a role in Andrew Lloyd-Webber’s ‘Starlight Express’….. I failed the audition, which was lucky in a way because I’d have had to show my arse a photo of The Strand if I’d have got it! 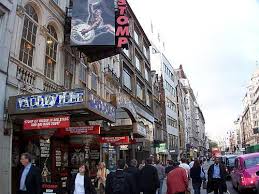