Yesterday I had a full day of chauffeuring, a hospital visit, assembling a patio heater, shopping for supplies for my dad’s 80th party and latterly sat under my patio heater warming against the unseasonably cold evening. As a result, penning my daily blog wasn’t possible.

To clarify, when I say shopping for supplies for my dad’s 80th party, I mean his 80th birthday party. I’m not alluding to the fact he has had four score drunken get togethers with the members of the bowls club…… Even if he had, I’m unable to elaborate on the East Ardsley Bowls Club parties until after the court case……. Sub judice I believe they call it, a word not ordinarily used in the former pit village to the west of Wakefield.

Yesterday’s first port of call was Karen’s hospital consultation with a very affable cardiologist. A man who put us at ease with his light hearted approach to explaining his prognosis. This included the whimsical metaphor of comparing the three heart valves feeding the heart as the M1, M6 and M25 motorways.

We were relieved to hear none were the M62, which would have no doubt required a bypass……. Incidentally, that’s a heart bypass, not a newly built diversion road aimed at easing congestion on the infamously troublesome motorway between east Lancashire and Hull.

It was also reassuring to hear that there was no metaphorical contraflow on these three roads, not to mention a service station that charges you £10 for a cup of tea and a banana. 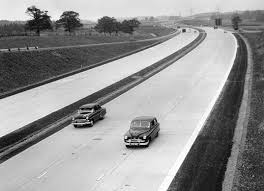 This amiable doctor’s approach to his job another example of the superb treatment Karen has received throughout her fight. The nursing staff, radiologists, oncologists, neurologists, ophthalmologists, cardiologists and a bloke called Bob (whose role momentarily evades me) have without exception provided excellent support on this  unwanted journey.

We live in time when many believe they should never be inconvenienced. Individuals who aren’t slow at expressing their displeasure if thinks don’t run exactly to order. Social media is littered with negative diatribes, including those aimed at our National Health Service (NHS).

With this in mind, I want to go a very short way towards balancing this by expressing my admiration for the provision of health care received by my incurably ill wife. Over her five year fight these much put upon medical staff have been a credit to the great institution founded in 1948 by Aneurin Bevan.

Of course, not everyone has a great experience, but you can bet your bottom dollar you’ll hear about that from a keyboard warrior; this well before reports of receiving good service. A problem not just experienced by the NHS, unfortunately it’s a trait endemic on feedback in the customer service industry.

Blimey, I’ve actually forgotten my original blog topic due to my self-righteous last few paragraphs. To be clear, I’m not pontificating because it’s not what I do, especially after failing my Divinity & Soup Making ‘A’ level exam.

I do firmly believe, though, that it’s about time positive social media comments enjoyed something nearer parity with the negative.

As Harold Arlen and Johnny Mercer wrote in a 1940s song, you should accentuate the positive and eliminate the negative. Unless they had the power of foresight, they weren’t referring to Tweets, but it still rings true for that medium.

Anyway, it was warming to hear that the metaphorical M1, M6 and the M25 have no major traffic problems to report at the moment.

If there is a change in that, I don’t envisage Radio 2 traffic announcer Lynn Bowles will report on it. An informative titbit for the listener, after DJ Ken Bruce has played a David Gates track, or indeed any other track (as Ken might say)….. Not unless Auntie Beeb starts reporting listener’s medical experiences at the end of news on gridlocked highways and byways.

Lynn Bowles with Ken Bruce – Ask to hear his Rob Brydon impersonation. It’s fantastic!…. Or is that the other way round?! 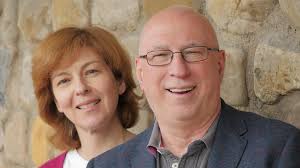 That’s highly unlikely, although I have to say there are worse voices than Lynn’s silky lilt to tell you that the M1 is suffering from acute angina. There is an inappropriate joke about acute angina in there somewhere, but I hold Mr Bruce’s Welsh sidekick in too high esteem to go there!…… Joke wise I meant! ….. Blimey, I best move on quickly! 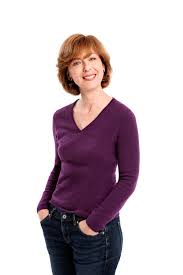 Right, I’m off to write loads of positive stuff on Twitter……. It probably best I avoid the Leeds result before I do that!