It was good to see my siblings yesterday for the first time in 2016. For a variety of reasons, which include the three of us inhabiting different corners of England’s green and pleasant land, it is very rare we are reunited.

We got together at our parent’s house for our pater’s 80th birthday party. We were joined by other family members and friends on a gloriously sunny day at Chez Strachan Senior.

Mally (our dad) is a very undemonstrative man who seemed to enjoy himself at the event arranged in his honour. He didn’t say much throughout, but smiled a lot and was surrounded by the people he loves (apart from Elsie from the bowls club), including his good mate red wine, so I’m sure he had a good time. 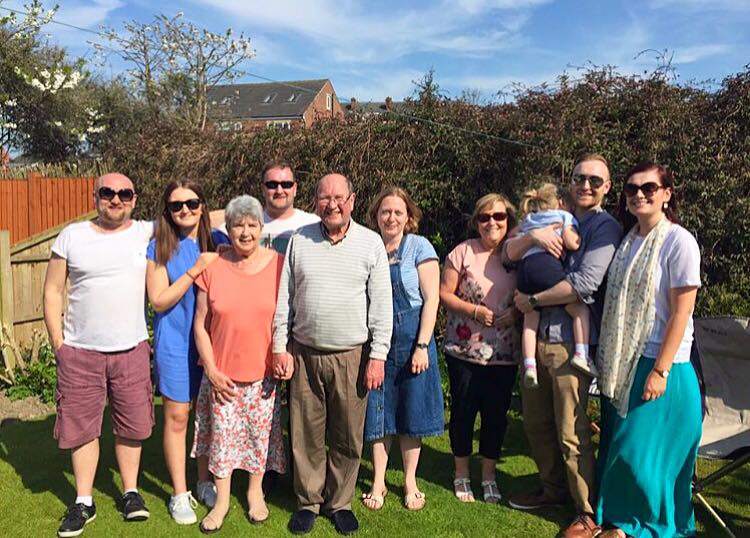 Team work was heavily involved in the splendid buffet meal on display. I opened the bags of crisps and passed it to my brother Ian who quality checked the product, dropped them on the floor, before our Helen picked them up and put them into a bowl. My wife Karen then walked the bowl into the dining room accompanied by a kilt wearing piper, where it was placed on the dining table as part of a brief regimental ceremony.

Following the ceremony, my mum announced in an audible voice which took me back to my childhood, “Grubs up! Now wash your hands and take your football boots off at the back door!”

Of course no one had football boots on (apart from our Ian bizarrely), a queue formed at the kitchen sink for guests to wash their hands and the piper played my dad’s favourite song, JayZ’s ’99 Problems’.

After everyone had sanitised their hands and our Ian had left his football boots at the back door, the gorging of crisps commenced. My brother, in particular, ate at breakneck speed. He was either very hungry or in a rush to put his football boots back on and get back out in the sun.

Following the crisp buffet it was time for dessert. Unfortunately, due to us blowing the £100 food budget on potato chips, there hadn’t been any money left for anything sweet as a dessert. So we just had more exotically flavoured crisps.

After everyone had had their fill of salty snacks and my brother had thrown the piper a herring, it was time to ramp up the entertainment excitement levels. This included my son Jonny, who works in a bank, mingled with guests in a shameful attempt to sell banking products and our Ian (happy now he had his boots back on) recalling his 10 favourite slaps from mum when he was a kid. 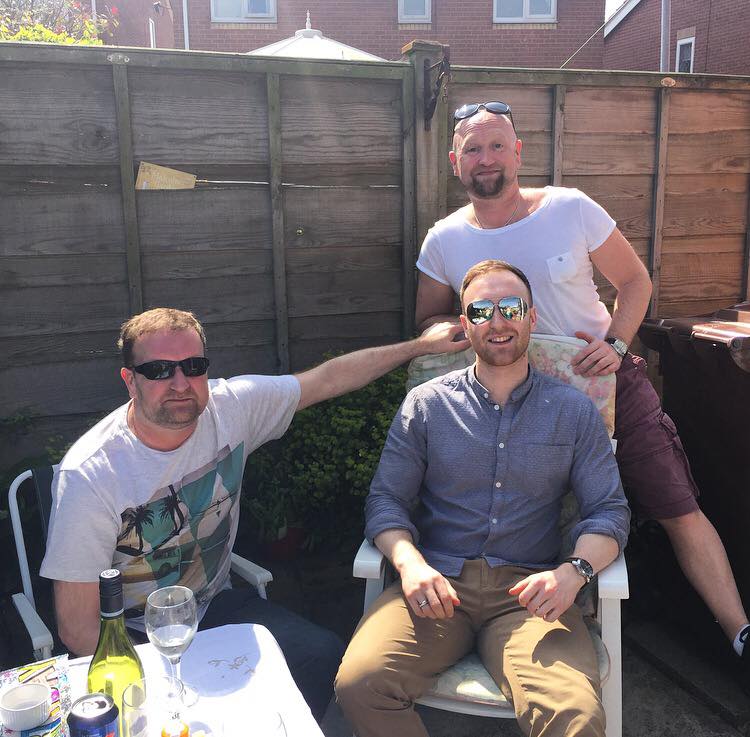 Following this a birthday cake was lit for Mally. As we’d blown the party budget on crisps we didn’t have any candles, so my daughter Rachel set fire to the cake instead. I thought this was foolhardy as it made the lovely cake our Helen brought inedible. I also wondered what ingredients were in the cake as it lit without a fire accelerant…… Perhaps not being able to eat it wasn’t such a bad thing after all.

After the cake fire was suppressed and people calmed down a bit following all the excitement, the party slowly petered out….. Not unlike the cake!

As my wife Karen, Rachel and I left, my dad was sat at his patio table with a glass of red wine, where he sang a medley of songs from the musical ‘Fiddler On The Roof’ while the piper played.

As I climbed into the car to the distant sound of a tipsy octogenarian singing the melancholic ‘Sunrise, Sunset’, I was comforted that the family’s meticulous party planning had paid dividends.

At this point I also couldn’t help but wonder “Why the bloody hell was our Ian wearing football boots?!”