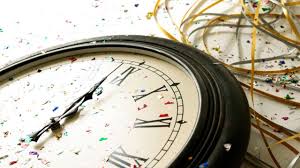 It’s 1st January 2016. As I attempt to build my narrative, the living room clock stares back informing me it’s  11.15. Well it was when I started writing that sentence, it’s actually 11.17 now.

When I complete this monologue it’ll probably be about 13.00; unless I stop for lunch, which will add fifteen minutes to that!

Don’t worry my new years resolution isn’t to become the speaking clock. I was just filling in ‘white space’, whilst I seek inspiration for the subject matter of my inaugural blog of 2016.

I don’t normally do resolutions………… It’s 11.32 now by the way (Bloody hell, I’m writing slow today!). If I was going to York by train, I could have at this very moment got the 11:32 train from Crossgates station. I’m not going to York, though, so it doesn’t really matter!

It’s a good job really, as I’m still sat in my dressing gown and wouldn’t have had time to dress and make the short journey to Crossgates station for 11.32! I could have got a later train I suppose, or just got ready earlier to make the train that would have got me into the capital of our county for 12.00.

Anyway, back to resolutions! As I say, I don’t normally bother with them, unless you count not making resolutions as a resolution! Which it probably isn’t!

I never really see the point. I get the ‘new year, new me’ angle, but they are predominantly broken by midday on 1st January. Coincidentally, the that’s the time I would have arrived in York, if I’d have taken the 11.32 train from Crossgates!

My daughter is partaking is ‘Dry January’, which is a resolution of sorts. She has chosen to forgo alcohol for January to raise money for Cancer Research.

I’m very proud of my daughter for becoming a benefactor to this worthy charity through her month long sobriety. It is heartwarming when my offspring show such humanity. It is a great trait!

I just hope she realises that there are more than four days in January and that cider counts as alcohol!

Cancer Research, MacMilan Cancer Support, Marie Curie and St Gemma’s Hospice are amongst charities we are keen support, particularly since my wife Karen’s diagnosis of incurable metastatic breast cancer in 2010. 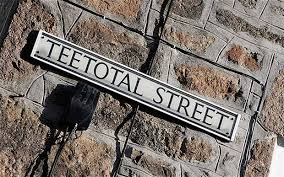 It’s 12.04 now by the way, meaning 87% of all new years resolutions (source – Fictional Statistics Office) will now have been broken. Additionally, the 11.32 from Crossgates will have recently arrived in York.

Talking of ‘Dry January’, the historic city of York, along with several other areas in northern England and Scotland, really need a dry month of a different kind!

Sadly, thousands of people in those areas were not greeted with traditional snowy yuletide views this festive period. There were none of the warming scenes that adorn their Christmas cards. Instead, meteorological extremes, of an altogether different nature, resulted in the misery of flooding of their homes and businesses!

The record precipitation levels in some areas of the UK have led to unprecedented flooding in vast areas of Cumbria, Lancashire, Scotland and Yorkshire. Christmas 2015 will definitely not hold fond memories for these poor residents and business owners of those beleaguered areas!

Root causes being mooted on various media outlets, by people with various degrees of knowledge in the field. Theories include global warming, rivers not being dredged properly, inadequate funding on flood defences and it’s raining a lot! …… Or all of them!

I don’t know the answers as I’m no meteorologist or environmentalist. I don’t even know most of the answers in my ‘James Bond Trivial Pursuit’ game, so I’m relieved finding a solution to this problem isn’t my remit!

I gave up my dream of being a weatherman in the early 1980’s when they told me, during training, I wouldn’t be allowed to announce to the nation “It’s gonna piss it down tomorrow!”

What I do know, though, is that it is terribly sad. What makes it worse is the long recovery time for those homes and businesses affected, with the awful reality that this could happen again! I genuinely feel for these people and hope they receive the necessary support to make their recovery as swiftly as possible.

There was a time when the word floods was more widely heard as an adjective to describe a torrent of tears. Unfortunately, we live in a time when it is spoken more in relation to meteorological devastation.

Some may claim the flooding is a metaphor for the Earth’s tears at the man-made disturbing of its Eco-system. I take the fifth on environmental issues. However, there is no doubt that the floods of tears, produced by victims of this tragedy, are not a metaphor. They are very real! 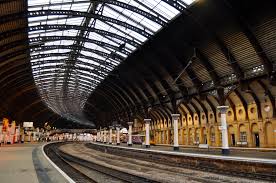