I ventured out to see Inspiral Carpets and Shed Seven yesterday evening. For those who haven’t heard of them, I hadn’t been granted exclusive access to Boxing Day sales adverts for companies selling flooring and garden storage units.

No, I’m relating to around three hours watching two 1990’s Indie bands at the O2 Academy, in Leeds.

An inspired carpet (left), not to be confused with the Indie Rock band Inspiral Carpets (right)!

Like the gig I attended on Saturday with my mate Mike, I didn’t know much of either bands back catalogue of work prior to attending the show. I went along to broaden my horizons and pretend I was a big Indie fan back in the day, which I enforced with my ‘I’m A Big Indie Fan’ t-shirt!

Another reason I attended the gig was that Mike promised, if I tagged along, to let me in on the secret of levitation. I thought it may come in handy one day!

I’ve no idea how many were in the audience, as I lost count at 993, but there was definitely more than 993! It was absolutely crammed with revellers full of the festive spirit and Tuborg lager. I really could have done with Mike’s secret of levitation, at times, to get to the bar and toilet!

When I first went to the bar I noticed a sign saying ‘Ask about our two pint glasses’, so I did. I didn’t want one but I thought I’d adhere to the signs request anyway!

Seven Sheds brewery (left), not to be confused with the Indie Rock band Shed Seven!

I’m no music critic, apart from an occasional comment like “Cliff Richard and Daniel O’Donnell’s music is the equivalent of a knitted toilet roll cover!” With that metaphor, I’m alluding to that both artists are loved by old ladies, but no one else really sees the point!

As a result of this, in addition to the fact I don’t recall the song names, I’m not going to attempt to wax lyrical about the musicianship, song aesthetics, lyric interpretation and the overall concept of the bands’ creativity.

What I will say is that they both produced upbeat, entertaining shows incorporating energetic, fast paced songs, resulting in enthusiastic crowd participation. It definitely wasn’t the music equivalent of a knitted toilet roll cover!

I set out last night to the O2 Academy, accompanied by Mike and another friend Jon, with an open mind and £12 in my pocket. I returned four hours later with £25 in my pocket (I’d been to a cashpoint) and I’d been converted! ………….. Not to the high energy Indie Rock anthems of Shed Seven and Inspiral Carpets, but my home to North Sea gas!

Jon is a long standing friend of Mike’s, or he was last night when he was on his feet for nearly four hours!! Like Mike, he is a very affable guy. Although he doesn’t have Mike’s hovering powers, on the plus side he doesn’t talk about bathroom tiles as much!

Yesterday, I put a new feature on my website garystrachan63.com to make it look more aesthetically festive.

As a result, there is now a snow flurry displaying on my homepage. I thought it may placate people who are missing snow in this unseasonably warm winter…….. Additionally, it may give an indication of what it looks like when Liam Gallagher sneezes!

However, I’m beginning to ponder whether I should remove the feature after I had to scrape the ice of my laptop screen this morning!

Right, I’m going around to see Mike. Next time I write a blog I may have the power of levitation! 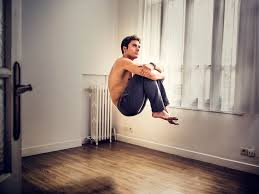