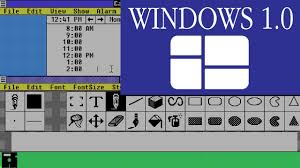 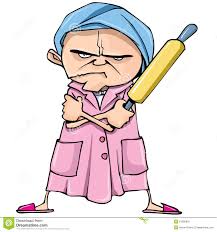 The development of Windows 1.0 was spearheaded by Bill Gates (whatever became of him I wonder) who, whilst watching an episode of husband and wife detective show Hart to Hart, had an epiphany.

Gates epiphany has been likened to that of Archimedes when he worked out the volume of irregular objects were measurable, after the water level rose when he climbed in the bath.

There were differences, of course, such as Gates didn’t shout “Eureka, Eureka!” following his epiphany. He also didn’t run around his street bollock naked announcing his innovation, as Archimedes is alleged to have done……….. Well, not that I’m aware of!

Notice I put the word alleged in the last sentence. I don’t want that Archimedes suing me if it’s not correct! I’m hoping Bill Gates won’t sue me for the many (hopefully obvious) fiction parts of my narrative……. I’m banking on the fact he might not be able to afford the costly litigation, so will take the fictional bits as they are meant, ie gags to make this blog light hearted.

After Hart to Hart finished, with yet another successful crime solved by Jonathan and Jennifer Hart, with a little help from Max and his dog Freeway, Gates was straight on the phone to his development team. It was the start of a long and highly lucrative journey that along with Apple changed the world.

It wasn’t all good news for the Windows company founder as Hart to Hart ceased production around the time Windows 1.0 was released. Gates became a billionaire but he had to rely on re-runs of his beloved show during the years he accumulated his vast wealth.

He is living proof of the adage that money can buy you many things but it can’t buy you happiness, or a new series of Hart to Hart. Actually, coming to think of it, he could afford to buy a new series of popular 1980’s detective romp. However, it surely wouldn’t be the same without Robert Wagner, Stephanie Powers, Max (the actor’s name escapes me) and Freeway. 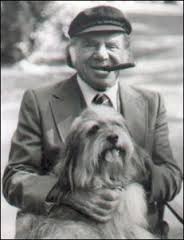 I used to watch Hart to Hart as a young lad; the only thing I have in common with Bill Gates. It used to amaze me how a normal wealthy married couple would become embroiled in solving a murder every week.

To clarify, I mean a married couple who aren’t in the police force who had one murder to solve would be unlikely. However, they solved loads for no recompense, it was mad! It has to be said I found it completely unrealistic; after all who the hell would call their dog Freeway?

I’m writing this with the Microsoft Word 97 application on a computer with the, now unsupported, Windows XP operating system (OS). Despite being well out of date, they serve their purpose for my requirements………… Apart from when I watch Hart to Hart on YouTube, when streaming isn’t the most fluid due to latency on my aged laptop and archaic OS.

When I was a young boy there was a daily kids show, whose demographic audience was pre-school children, called Playschool. Its crowning glory was a section called ‘The Windows’. Every day kids were posed the question of which window would they look through today.

The theme of the programme dictated which window it would be. If it was balloons, wheels or a round of drinks, a trip through the round window was in store. If it was boxes, square bananas or houses, the square window. If the theme was arched things like fountains and er…arches it gave the cue for the arched window. 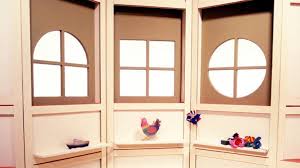 Thirty years ago today Bill Gates and Microsoft’s first graphic OS took them through the square window, the start of a journey that’s made them a substantial amount of rectangle green stuff.