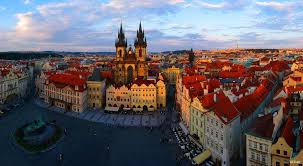 On this day in 1631 the Saxon army occupied Prague. Military historians chronicle the incursion as days of unacceptable debauched behaviour by hundreds of Saxon males. They record the invaders caused carnage in their wake, as they swarmed around the historic European city like ants in a place where there’s loads of ants.

It is claimed to be the first ever Stag weekend seen in the Czech Republic’s enchanting capital. The amiable citizens of Prague were not enamoured with the antics of their unwelcome visitors. Although, they were impressed with the effort the revellers had gone to with their fancy dress outfits.

Some of the Saxon’s during their time in Prague! 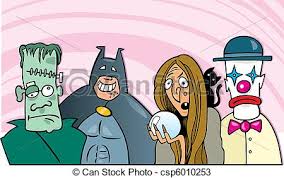 The Saxons were an amalgamation of Germanic tribes. They were highly organised and famed as the race who introduced securing property or land by covering them with beach towels.

When they invaded and set up the first united kingdom of England, legend has it that they secured the town of Barnsley by placing 25,000 beach towels throughout the town centre whilst its residents slept.

Europe, including Bohemia (part of the modern day Czech Republic), was highly unstable in the early 17th century. The Thirty Years’ war, of which Bohemian was a key player, took place between 1616 – 1648. It was a series of wars in central Europe, which was one of the most destructive in European history.

Thirty years of hostility, arguments, aggression, posturing, unreasonable behaviour and misappropriation of funds followed. It sounds not too dissimilar to the marriage of an old acquaintance of mine!

Talking of turbulent marriages, Richard Burton and Elizabeth Taylor tied the knot for a second time 40 years ago today. Their covert betrothal in Africa took place only 16 months after they had divorced from their first marriage.

The service was so secret that Burton and Taylor didn’t even know they about to be hitched. They thought they were innocently sight seeing in a local church. It wasn’t until the Swahili speaking minister, they were attempting to engage with, pronounced them “Man and Wife” in English that they knew anything about it!

Despite the surprise, Taylor wasn’t too perturbed with the misunderstanding. However, the longevity of the new union was immediately in question, when Burton asked the African vicar “Do you do divorces as well?!”

Burton and Taylor after the shock of finding out they’d remarried! 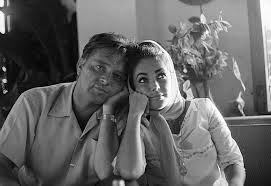 My dad has just asked if I can draft him an email for him to his councillor Jack Dunn. In it he wanted me to relate his concerns regarding a proposed housing project in the East Ardsley area! Here is what I penned for my old man:-

I’m glad they didn’t as I’d hate to be called Nigel, although I’ve nothing against the name Dunn! That being said I like my current surname Strachan as it is Scottish.

I think Dunn is an Irish name. They say Ireland is the land of the little people. However, I think you were a bit of fat bastard, so you might not have Mick blood!

No offence by the way, I just thought you had the right to know you’re a lard arse….. That’s if you didn’t know already!

I am writing with regards to ………… Oh bollocks, I’ve forgotten what the chuff I’m emailing you for!

My dad wasn’t happy with my wording and demanded I edit it, before I sending it! …….. So I removed the word chuff in the last sentence and sent it!