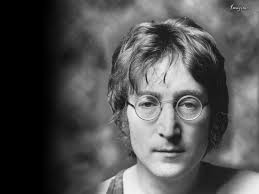 The late Beatle, John Lennon would have been 75 years old today. Coincidentally, it is also his son Sean’s birthday. The child he had with his second wife Yoko Ono is 40 years old today.

Sean’s birth in 1975 was the catalyst for Lennon to hang up his guitar, the signature round glasses and retire from music. He didn’t miss the guitar, although the glasses were a big loss as he couldn’t see a bloody thing without them!

After a few weeks of bumping into things and mistaking his 7ft Afro Caribbean postman for Paul McCartney, he decided enough was enough and purchased another pair of specs. Initially, the postman was flattered to be mistaken for Lennon’s old songwriting partner; however following a disagreement, where Lennon told him to “Get the f**k out of my flat Paul!” he fell out with the unpredictable Liverpudlian!

The political activist friends of Lennon accused him of ‘selling out’ by selecting The Fonz designer frames for his new spectacles. However, the Liverpudlian singer/songwriter remained unrepentant, telling reporters “If I want to wear specs from the ‘Happy Days’ designer range, I bloody will do!”

The Fonz in his designer specs 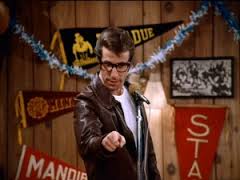 In 1976, John Lennon was finally granted US citizenship after years of battling against deportation. His citizenship squabbles with the authorities dated back to the early 1970’s. They manifested themselves as a result of Lennon’s political activism and anti-Vietnam war rhetoric.

His outspoken and high profile criticism of the Vietnam war rattled cages within the Nixon administration, who fought to deport him for four years from 1972 – 1976.

The closest they got to sending him back to the UK was in late 1974, where only a character reference from Henry Winkler (The Fonz) persuaded the deportation tribunal to allow the ex-Beatle to stay in the US.

It was a massive relief for Lennon who hugged Yoko when the tribunal judged in his favour. He was unable to thank The Fonz though, as he’d ridden off on his motorbike with the female tribunal judge! 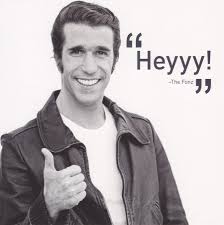 Lennon officially announced his retirement from music in 1977, whilst visiting Tokyo. He informed the prurient audience of the press, in addition to a bloke called Chico, that he and wife Yoko were to take a break. The decision was taken so they could spend quality time with their young son; free from outside creative distractions.

In October 1980, Lennon cut short his retirement from music when he released the single (Just Like) Starting Over, followed in November by the album Double Fantasy.

The album received poor reviews from the critics, who pulled no punches in their scathing criticism of Lennon’s new work. The following are a selection of the reviews of the music legends 1980 album:-

“I enjoyed it!” – Shite Record magazine

“He’s written better. I like his new specs though!” – Optician’s Weekly

“Awful Mundo! The Fonz couldn’t save Lennon this time!” – The Argyle Clarion

The month after the release of Double Fantasy, John Lennon was tragically murdered, at the age of 40. The incident outside of the Dakota building, where he lived with Yoko Ono and his 5 year old son Sean. 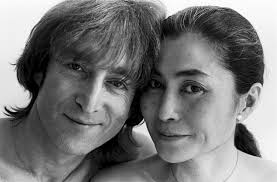 Some say Mark David Chapman, the man who deprived the world of this groundbreaking songwriter and peace activist, is an psychotic oxygen thief, which I can’t argue with!

On his arrest Chapman told the police his statement was in the book Catcher In The Rye, which he had in his possession when arrested. The born again christian, who at one time idolised Lennon, is said turned against him after the star said The Beatles were ‘more popular than Jesus.’

As with all high profile murders in the US, or so it seems, there are conspiracy theories abound as to what Chapman’s real motives were. The most ludicrous being that he carried out his pointless act in a fit of jealousy over not being able to afford a pair of Arthur Fonzarelli design specs like Lennon’s

Happy 40th Sean and 75th John, wherever you are!