It’s Saturday morning in East Leeds. Well, not just East Leeds, in Europe as a whole ….. Apart from Hull which has its own time zone. It is currently 10pm on 23rd October 1976 on Humberside ……. I seek inspiration but I currently only achieve perspiration.

Amongst the ever dwindling space in our small cul-de-sac, a plethora of motor vehicles claim their territory, like a herd of Wildebeest errrrrr claiming their territory…………. I suspect plethora isn’t the correct collective noun for a group of cars (but I can’t be bothered to find out what the proper one is!) …. You can add it to the extensive charge sheet the grammar police hold about me.

Karen is stood next to me ironing. The squeak of the ironing board sounds likes someone is circumcising a mouse. I’d like to add I’ve never heard a mouse being circumcised, but the noises I’m hearing are what I’d imagine it would be like …..… I suspect mice don’t get circumcised in all reality, as they dont follow a religious ideology that demands this procedure to be undertaken! ……. Bloody hell, I can’t believe I’ve just spent ten minutes writing about mouse circumcision!

A mouse wondering what all the fuss is about, after a pain free procedure! 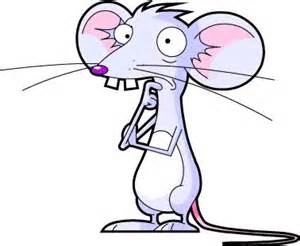 Right, to the matter in hand!

The fallout from the General Election has send shock waves through the UK political landscape. Three party leaders (Ed Miliband, Nick Clegg and Nigel Farage) have resigned due to the poor performance of their parties. As I wrote yesterday, the Labour Shadow Chancellor Ed Balls has lost his seat and more importantly I have lost a degree of my cynicism about voting.

I’ll openly admit I haven’t voted on occasion in the past, which is mainly due to my opinion of all parties being rubbish.

When I say that i’m talking political parties by the way. It would be pretty stupid of me not to vote because Harry’s house party was crap, wouldn’t it?!

Anyway, I’m less cynical now and feel it’s my duty to vote after hearing the sacrifices people made to get me this right. I also feel at ease and trust my new Member of Parliament after recent dialogue with him.

Whilst door to door canvassing, my now MP informed me that I should always vote because generations ago people were eaten by lions fighting for this right! … He also won me over when he informed me that making Marmite tax exempt was at the top of his agenda…….. I think honesty, trust and integrity are key in an MP, and this guy has these attributes by the bucket load. I’m sure he will represent this constituency well.

One further note regarding the election fall out. Apparently, the taxi Miliband, Clegg, Farage and Balls used to leave Westminster was the one that had dropped off the eight remaining Liberal MP’s moment earlier.

As an aside, I had a dental check up yesterday. It was pretty standard really, although I did require a local anaesthetic due to the requirement of a minor procedure.

Once my mouth had been numbed, the dentist told me to let him know if I was in discomfort during the procedure by tapping the arm of the dentist chair. Very shortly into the procedure I could stand it no longer, so I had no alternative to tap the chair arm.

I wasn’t in any pain from the procedure, however, having to listen to Cliff Richard on the surgery radio was causing me great distress.

A radio not dissimilar to my dentists 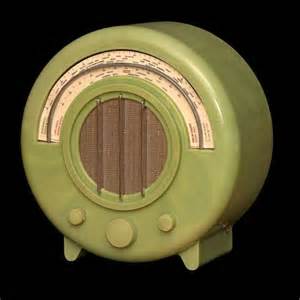 When I was walking through the shopping centre on the way to the dentist, it struck me how many cut price pound shops there are now. In fact I spotted no less than four shops, selling different goods, in the space of around one hundred metres. There was:-

Pound Store – Where you can buy general goods at a cut price.

What can I say about that joke? Ermmm … crude, brash, not particularly funny, BUT I liked it so it’s staying in!

Well that’s it! Approximately an hour and around seven hundred words later, a blank page now contains yarns of Hull’s time zone, the fallout from the election, dentists radios, taxis, mice being circumcised and a dislike of Cliff Richard!

I try not to swear in these blogs, but on this occasion I have to say “God I’m a random fucker!”