I intend to make today’s blog far more light hearted than yesterdays, when I wrote of the days surrounding Karen’s diagnosis of cancer.

I was very heartened by the kind words and support I received from the people who read it. Karen and I greatly appreciate the thoughtful messages. However, I didn’t start blogging to relay our rollercoaster journey living with cancer, so I’ll revert to my original blog style for today.

I may, at some point, write another chapter of Karen’s fight as I enjoyed the challenge of writing in a different manner . If you’d like to read that hold your hand up! ………. Why are you holding your hand up in Morley?! … I was joking!…. Even if I wasn’t I can’t flipping see you anyway! 😉

Anyway, back to the job in hand.

As I write this it is the morning after the General Election in the UK. The sun is shining outside and the beauty of my newly cut lawn, colourful borders and Marmite, the cat from next door, catch my eye. What I behold is a kaleidoscope of colours that would probably give a chameleon an aneurism, should it accidentally stray into my garden.

Hold on, Karen has just hung out newly washed bed sheets on the washing line, so the beauty of the flora and fauna is hidden for now! …… I’m disappointed, but the chameleon looks relieved and at home blending in with the magnolia bed sheets.

The TV is on advising the British public that the Tories (Conservatives) are projected to form a Government with a slight majority, Shadow Chancellor Ed Balls has lost his seat as an MP, and that Labour leader Ed Miliband is a strange looking bloke who looks like he’s been hit in the face with a spade! ……I made one of the three things up by the way! Can you guess which one?!

Ed Balls’ defeat was a major shock. I would never have thought the Tories would be victorious in a Morley constituency. My parents fall within this constituency and I’ve commented how strange it was that they have a local Conservative club, in a predominantly Labour area. 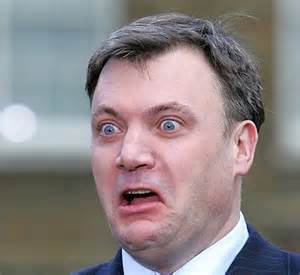 People use it not because they are Tories, but because it is a cheap venue to socialise. My dad is a member of this club but isn’t a Tory. He joined because it was £3 a year subscription and when you joined you got £5 in beer tokens …. So in essence they were paying him £2 a year to be a member!! … I think that probably says it all re- the marketing strategy they are required to undertake to attract members! … That and turning a blind eye to the members political allegiances!

That is all an assumption of course. My dad could be a secret Tory, who like his East Ardsley bretheren, have had to swear allegiance to Maggie Thatcher, John Major and Ted Heath at the Norman Tebbit altar!

I can picture the ceremony now. Startled elderly gentlemen queuing up to be ordained into Conservatism by a pompous club chairman wearing full ceremonial regalia (a David Cameron onesie). The chairman, who is stood holding a bejewelled sceptre and orbs, beckons each new member one at a time. Whilst they swear allegiance he taps them on each shoulder with the sceptre, whilst they hold his orbs.

An orb and sceptre 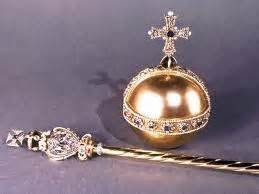 Right, I’m stopping now. This blog has degenerated into using double entrendre that wouldn’t even get used in a ‘Carry On ..’ movie! 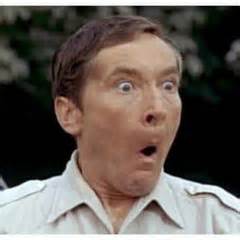 I’ll leave you with a post I put on Facebook regarding how things aren’t all bad for Ed Miliband:-

However, it’s not all bad news for Miliband…… Yesterday he had an emotional reunion with the spade responsible his “distinctive” looks!…….. In further good news he has been offered a role in the next ‘Alvin & The Chipmunks’ movie! 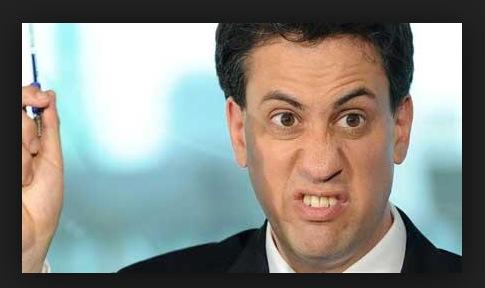