On this sunny West Yorkshire morn, I’ve been pottering in the back garden. Don’t ask what pottering means as I’ve no flipping idea! … But I’m told that’s what I’ve been doing!

Lately, I have been trying hard to improve my horticultural knowledge; and as such am attempting to learn the Latin or common name of all the plants I have in my borders.

I can just about remember them all now with the exception of, ironically, the ‘Forget Me Not’ plants, which I do keep forgetting! 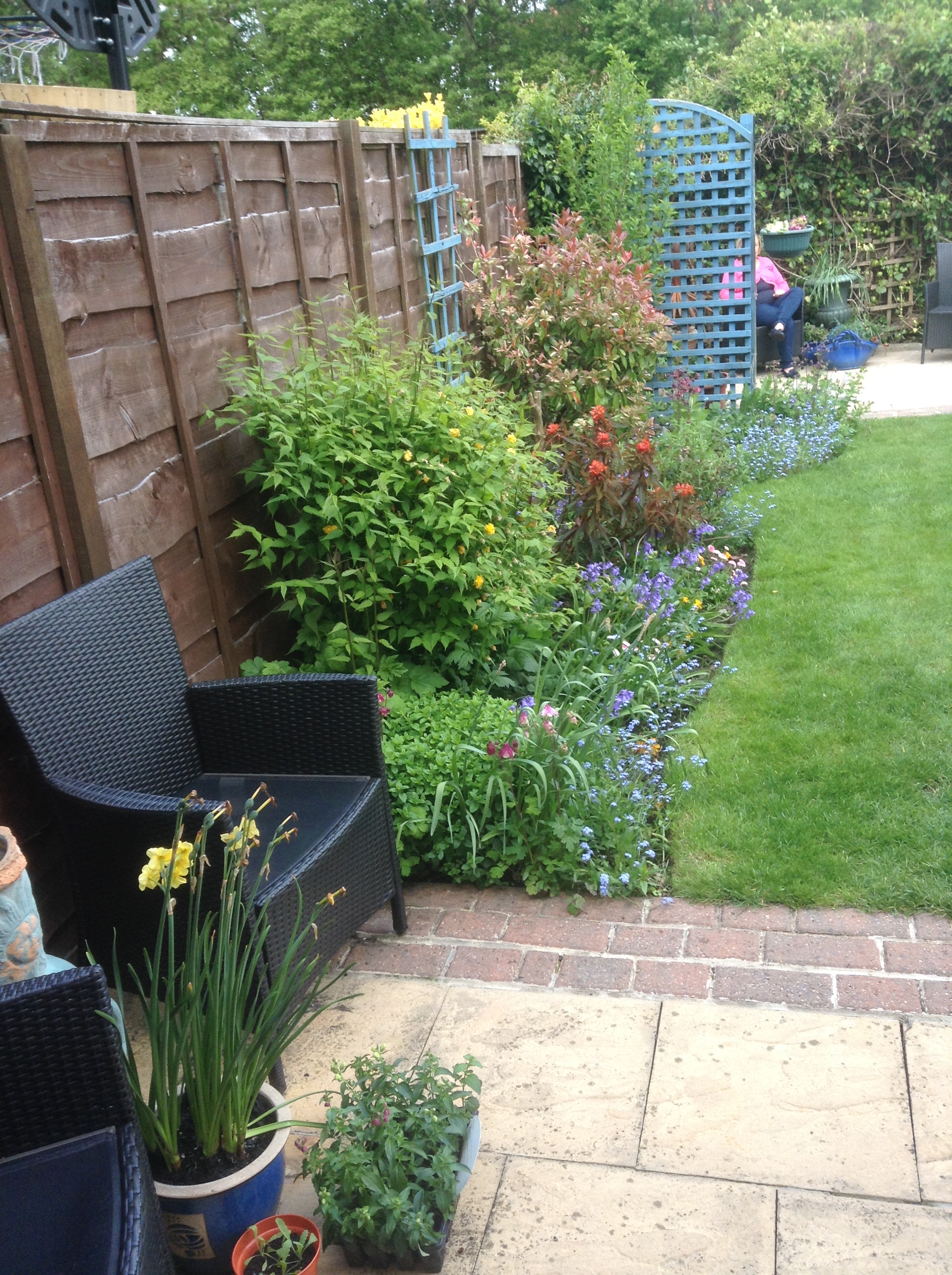 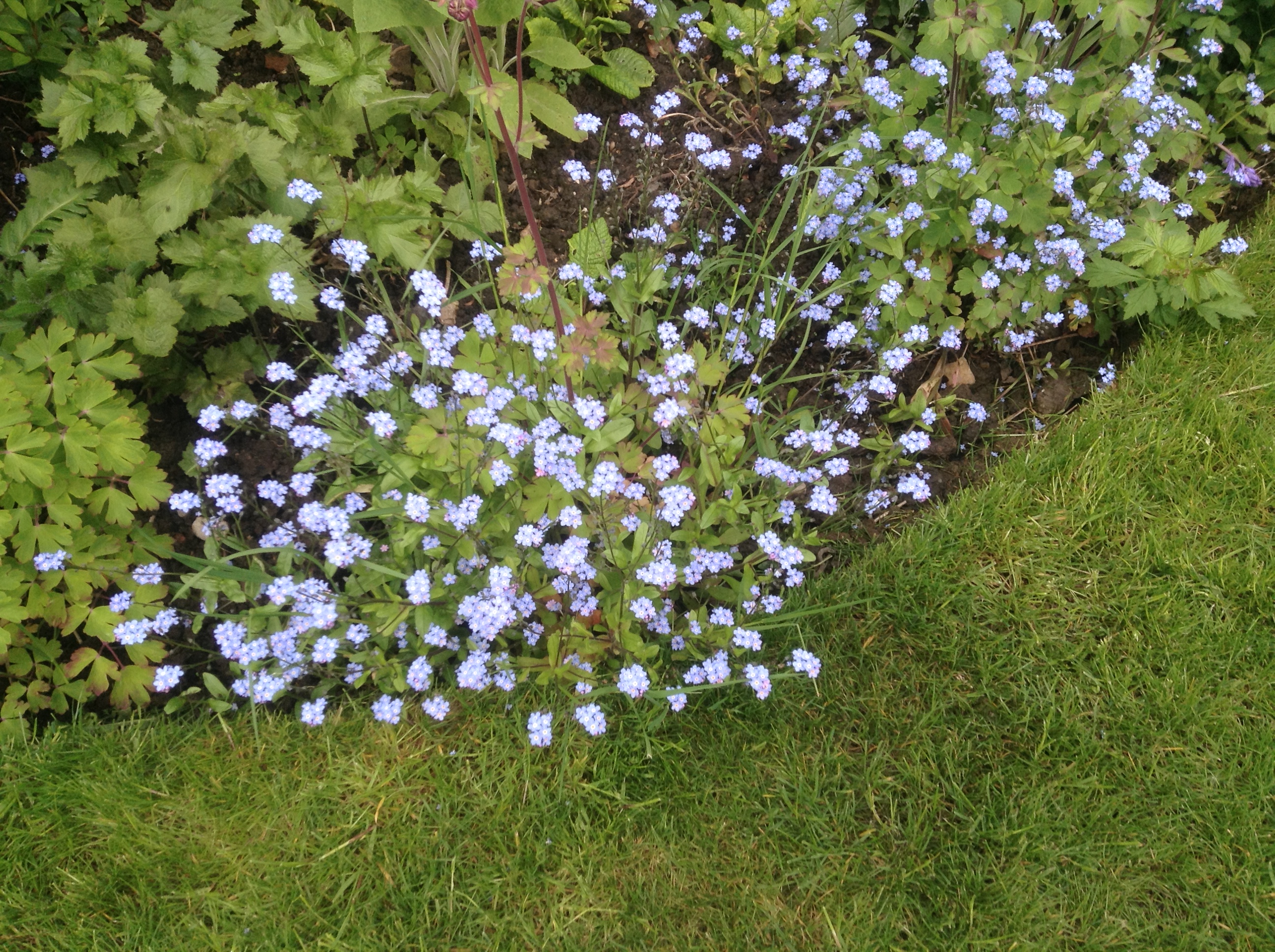 I’m pleased how the garden is looking at the moment. The lawn in particular is looking very green and healthy since I fed it last week……….. I hadn’t realised how partial turf was to a Big Mac! … … It obviously enjoyed it though as it has responded very favourably since. I think the fact I removed the gherkin may have helped!!

I see it’s Mothers Day in the USA today. Hopefully my cousins across the pond have a great day, especially if you’re a mother! … If you’re not a mother, or my cousin, I still hope you have a great day ….. Well, apart from the guy in Wisconsin who married a horse! ….. He’s a flaming weirdo!

I hope the mothers over there get spoilt as much as my wife did on the UK Mothers Day in March. My daughter really pushed the boat out to treat her mum that Sunday. Not only did she get her ass out of bed, but she ate every meal her mum cooked for her and even put her plates near the dishwasher so that Karen didn’t have far to walk to put them in! 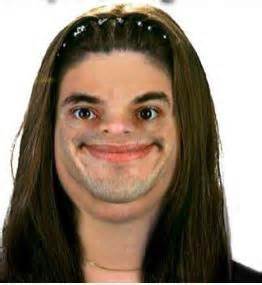 Talking of mothers, it was good to hear from my parents this morning. My mum, in particular, is always full of useful advice to help me on life’s colourful path.

She is the person who taught me “Never walk down Wakefield High Street with no trousers on!” Invaluable advice that has always stood me in good stead! … I wish she’d have told me any High Street, though, not just Wakefield, as it might have stopped me being arrested in the centre of Barnsley last week!

My mum also told me “If you ever get lost just keep going left!” … I haven’t got a bloody clue what that means, but I’m sure it will come in handy one day!

I think, though, the best advice she ever gave me was “Don’t leave food unattended if our Ian’s around!” She told me this when I was a young lad after my brother stole the ham out of my sandwich, when I’d gone to the toilet in a cafe!

A ham sandwich, without the ham! 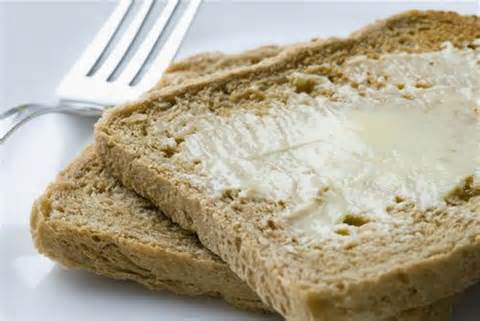 He denied all knowledge of it and blamed the guy on the next table! However, as he was a rabbi I suspect he was lying! ……. To clarify it was the bloke on the next table who was a rabbi not my brother! Ian isn’t even Jewish, although for some reason he did have a Bar Mitzvah when he turned thirteen!

That was a memorable occasion when a very bored looking bunch of people were serenaded with a medley of songs from ‘Fiddler On The Roof’ by my dad, who was dressed as Topol. It was all going ok until a fight broke out when someone tried to steal Ian’s lucky howitzer!

The police were called but thankfully no charges were forthcoming, after my dad promised to stop singing ‘If I were a Rich Man!” 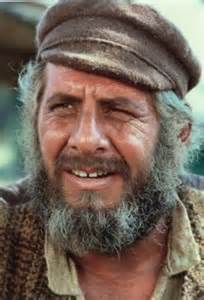 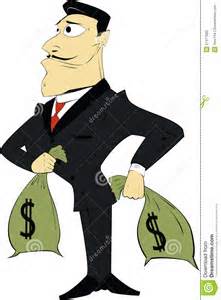