Thirty years ago today I became a father for the first time. This major life event consequential of son and heir Jonathon joined the cast of this reality show called life. A rollercoaster of a gig that my boy has thus far weathered relatively well; arriving as a thirtysomething as an engaging and grounded young man of whom I’m hugely proud.

Never short of a whimsical putdown or a quip at his dad’s expense, our verbal interactions bear more the stamp of siblings than father and son. Amidst this strong bond between us, in his adulthood I’ve thought of my boy more a younger brother than offspring.

Over those score and ten summers we’ve played/watched football and cricket together, enjoyed inestimable laughs at each other’s expense, along with stoically confronting episodes of utter despair during darker family times.

These engagements establishing a deep trust between us, meaning in recent years he’s been my ‘go to’ confidante…. Unless I really wanted stuff to remain secret, in which case I’d never tell that blabbermouth a goddamn thing!

Even the misery I inflicted on my offspring by encouraging him to be a Leeds United fan as a young child hasn’t affected our bond. It has, though, lead to him refusing to accept any more of my well-meaning advocacies. 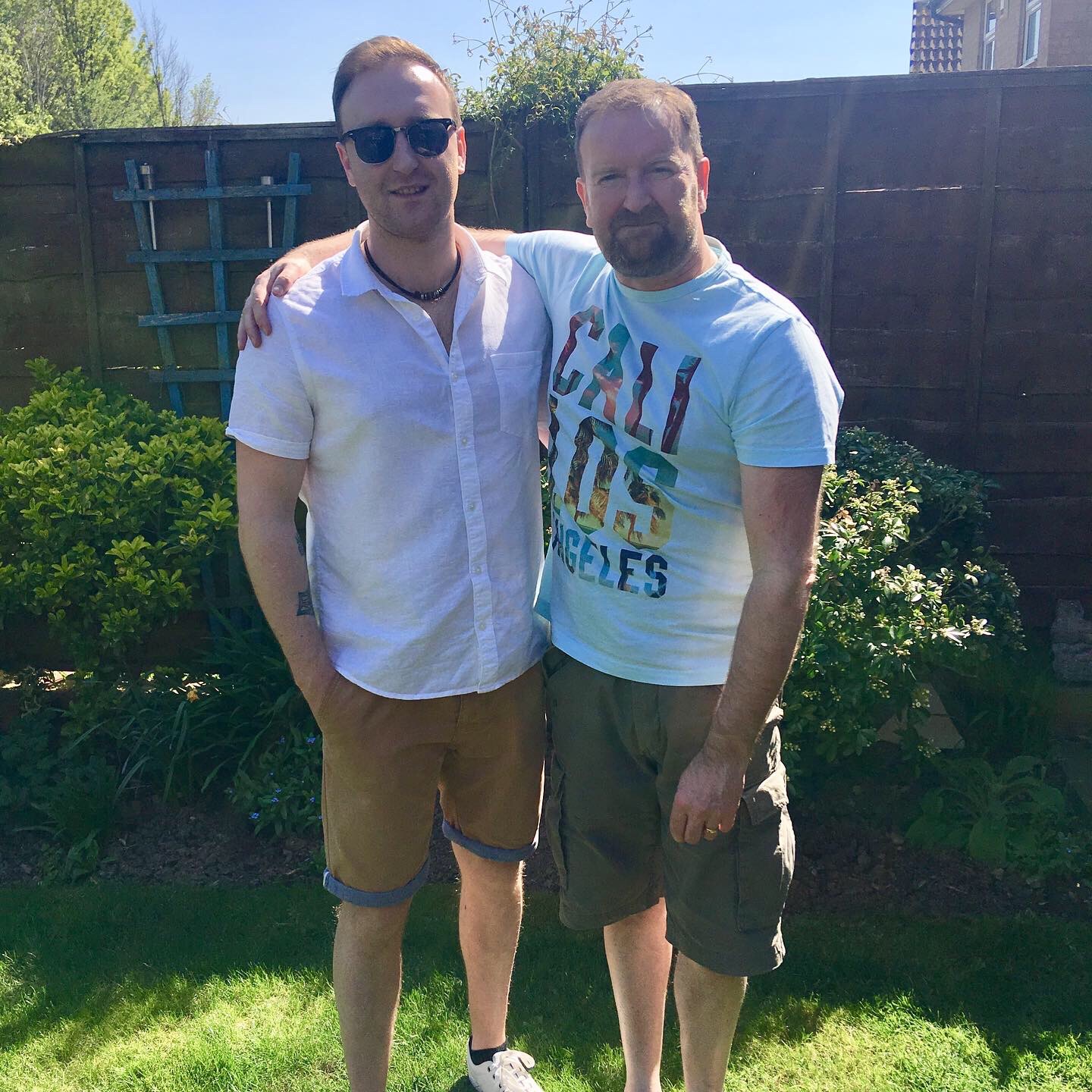 What are my memories from the day I became a father thirty years ago? Which memories are indelibly etched in my mercurial mind from that time?

One of many things I recall is, prior to Jonny’s birth, friends with kids would often wax lyrical about how wonderful it was to be present at your offspring’s arrival. Don Quixotesque ramblings, painting the experience of childbirth as almost utopian.

These proffering my wife and I a landscape painting our up and coming life event as a joyous episode of new beginnings; the advent of a storyline providing an amalgam of good and bad existential phases. Hopefully over the years predominantly playing out in the feel good camp. Once the babe is delivered it is indeed a magical experience, where you’re in awe at the wonders of procreation.

Driven by unconditional love towards my progeny, born with the first child came senses I’d ne’er previously felt. Ardor manifesting a protective, more selfless outlook where in my mind Jonny’s welfare usurped mine, or indeed anyone else.

That isn’t meant to sound noble, it was merely the subliminal teachings my siblings and I’d were fortunate to procure from our selfless, loving father. Role model behaviour he displayed through his own parenting skills. Those same traits manifesting in me thirty years ago today, following Jonathon’s birth.

Like everyone, I’m a flawed individual, but one thing that can never be labelled at me is my commitment and love towards Jonathon, or my daughter Rachel, from the cradle to this current existential juncture.

However, that day wasn’t all emotional brio. I also became aware at first hand how the hours between contraction advent and the delivery can be a dreadful time for lots of woman. Although clearly not experiencing the pain of my wife, I too found the episode stressful – In particular the experience of utter helplessness witnessing the hours of discomfort experienced by the mother.

Even my best knock-knock jokes were unable to lift my wife Karen’s mood during labour. Resulting in me attempting to speed up the birth process with a strategy utilising a megaphone and hostage negotiating tactics. This foolhardy approach leading to my shouts at my soon to be born son of “We know you’re in there!….. Come out with your hands up and nobody will get hurt!”….. God only knows where I got the megaphone from!

Jonny did eventually make an appearance, although as he didn’t have his hands up I’ve ruled out my hostage negotiation as a contributing factor.

Today, the anniversary of my heir’s birth brought to mind a romantically poetic verse from the 1960’s refrain They Long To Be (Close To You). A hit single penned by legendary American song writing duo Burt Bacharach and Hal David. The sentimental five lines of lyrics being :-

On the day that you were born
The angels got together
They decided to create a dream come true
So they sprinkled moon dust in your hair
And put a starlight in your eyes so blue.

This song the prevailing soundscape in my cranial jukebox while musing about my first born on his birthday. Some may deem my inclusion of Bacharach/David’s musical poetry above as overly saccharin and sentimental. If they were being even more pedantic they may also point out Jonathon doesn’t possess blue eyes, immediately introducing a flaw in my excessively romantic reverence,

I apologise not, though. Instead, I’ll conclude by announcing how immensely proud I am of my funny, bright, caring and engaging son and heir….. In fact under COVID induced lockdown, dictating I can’t see my boy on his birthday, the song They Long To Be (Close To You) feels a pretty apt sentiment.

Happy Birthday, Jonathon!!…….. Incidentally son, you couldn’t lend me £20 until payday could you?!