During a period of pondering over my own mortality post cardiac arrest, one of the notions I briefly dwelt upon was what I’d have missed most should the coin have landed on the other side and GJ Strachan hadn’t survived the incident.

Despite being capricious of mood and, as my mother would say, exhibiting a visage that at times “Could stop a clock“, there are occasions my body language can be misleading. In reality, there are many things in my life I love. Family, friends, pastimes and events which I’d hate to never be able to embrace again if my mortis had been rigored.

During my time of reflection, I thought about being ‘brown bread’ robbing me of my kids, surviving parent and siblings. Them being no longer attainable as companions a notion I concluded to be too intolerable to countenance. A thought, though, used positively as self-motivational tool during tougher times in the rehab process; both from a physical and mental perspective.

It wouldn’t just be my family I’d miss dreadfully had I unwittingly boarded an ‘early bird’ flight to meet my maker a few weeks back. There are a number of friends/acquaintances whose companionship have enhanced my life in numerous ways. People painted onto my life canvas who’v made immeasurable positive impacts; some’s fleetingly so, others over decades.

As well as the individuals I’ve met while residing 26 years in Leeds, 20 years in Gateshead and 9 years there’s a clutch of artists whose company I never experienced but’ve touched my existence in wonderful ways. Forms that’ve inspired, taught or merely just raised my spirits above the norm. Whatever the norm is!!

For example a Sinatra lament from his years at Capitol, an eloquent Les Dawson monologue with it’s humourous twisted conclusion or the debating genius of Hitchens (the elder). Not to mention the evocation of childhood memories at witnessing 1970’s video clips of the great Leeds Utd side managed by Don Revie. A few examples of things I want to experience on many, many more occasions.

Additionally, there are numerous other individuals whose companionship I wish to maintain.

Individuals like my aunt Doreen. The only person I’ve met who when randomly asked “Do you know any inspirational adages that begin with ‘X’ and end with ‘B’?” was able to provide an answer other than “Stop being a bloody*** idiot, Gary!!”

*** – Other brisker and more frequently utilised curse words are available.

Her response of “Xenophobia isn’t welcome at the glee club.” was admittedly as nonsensical as my intentionally idiotic question. However, I still like affording her kudos for at least making the effort to respond in a non-confrontational manner. A courtesy my self-indulgent idiocy barely warranted.

If my life had been curtailed prematurely during January’s heart incident, I’d also miss the company of Old Ted from the Garforth Onion Growers Society (GOGS). An affable man in his dotage who through the powers of ESP taught me the secret of peeling onions without shedding tears. I’m unsure why he didn’t just furnish me with the skill verbally, but the fact he’s a right bloody show-off shouldn’t diminish my appreciation of the pensioner’s advocacy.

Tim Twelve-Foot, is another friend who’s enhanced my life immeasurably. The  man whose revelation that his name is very nearly an anagram of Velvet Foot Time an anecdote I’ve dined out upon for years. An accomplish raconteur, Tim possesses a wealth of entertaining verbal narrative, including a rib tickling yarn about traffic light sequences.

Regretfully, I’ve never heard the tale as I’ve always had to leave hurriedly for one reason or another as he commenced the story. I am, though, going to have to make time as I’m told it’s a must listen. That being said, I’ve been advised to avoid the anecdote during times of lower mood and noose possession. 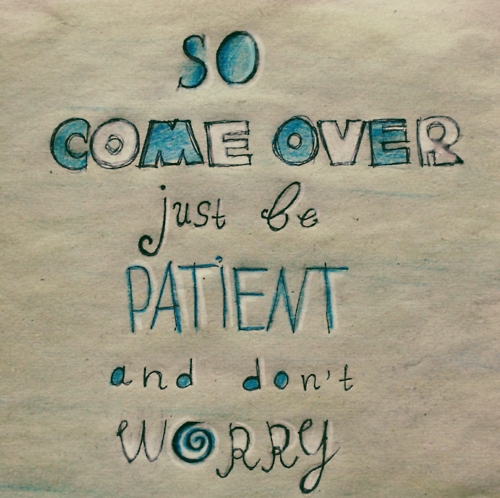 As an aside, yesterday my wife Karen got back from a weekend visit to her sister Susan’s in Newark. On her return she advised yours truly that on Friday evening she’d gone with her twin sibling to see Dumbo. On hearing this I resisted the urge to respond “Really!….. I’d no idea the two of you had intended to travel up to County Durham to visit your dad!!”

Incidentally, I’m only kidding my wife’s pater has a towering intellect. Birtley’s finest even possessing the erudition to know what “Gitten the getten as weel!” means – An intellectual plateau I’ve never got anywhere close to attaining.

To be clear, I’m not proud of myself for the cheap jibes at Karen’s dad. He’s a lovely guy whose support during his daughter’s eight year fight with incurable cancer has been invaluable. As I’ve written previously, I really don’t know how we’d have coped without that one visit (in 2011) to see his terminally stricken offspring.

He’s a top, top bloke – Don’t take my word for it, though. If you’d like confirmation I’m sure he’ll gladly tell you himself!!