In the early 1980’s, when I was in my late teens/early twenties, Friday night drinking ordinarily took place with mates in Low Fell’s fine drinking establishments. Saturdays normally in the company of my partner in the centre of Newcastle.

Although none of our group suffered from OCD, a habitual itinerary of public house patronising was followed most weeks :-

7pm – Meet mates at The Beaconsfield, followed by a pint in The New Cannon on the corner of Durham Road, a stroll over the main Low Fell thoroughfare to The Crown, succeeded by a 50 yard wander south to The Belle Vue, cutting up to The Black Horse and a return to The Beaconsfield for the 11pm last orders. From memory it meant an evening being refreshed by brewers Whitbread, Scottish & Newcastle, Vaux, Bass, Scottish & Newcastle (again) and Whitbread (again).

Prior to the era of imported premium lagers, we’d far fewer choices of libation.

Tied by breweries insisting their taverns solely sold their products, patrons had to make do with the draught lager ‘delectation’ of Kestrel, Skol, Hofmeister and Norseman. Darker brew imbibers choosing a variety of brewery bitters/best scotches; or a bottle of Newcastle Brown (dog as it was colloquially know). 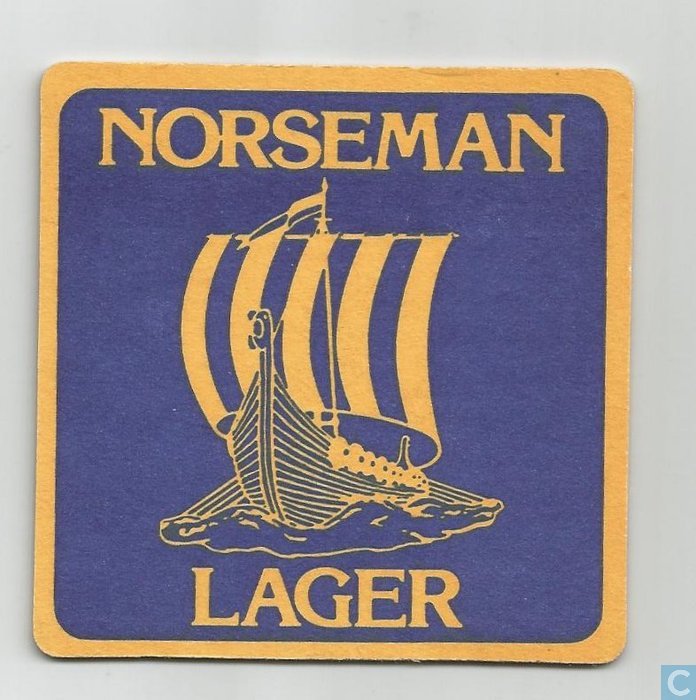 All lagers were the same averagely flavoured fermentations, apart from Vaux’s Norseman which I recollect as worse than average. A taste thread that in those days seemed to run through the Sunderland brewery’s portfolio of draught beers.

That being said, Norseman didn’t ‘enjoy’ the monopoly on the gastric gassiness bestowed by the lagers Low Fell pubs offered. Producing such acid reflux that come their fourth pint a drinker’s belch reflex spent the rest of the evening more overworked than their livers.

At the age of 18 my Friday nights were ordinarily spent drinking with friends who played for or socialised at Gateshead Fell cricket club. Among them the following cast of reprobates;-

Godza – A fellow cricketer who stood at 6ft 4in. An accomplished imbiber of ‘loud mouth soup’, was once accused by a friend who mixed his idioms of “Smoking like a fish”…… Or was that “Drinking like a chimney.”…… Along with my poor self-discipline, attempting to keep pace with Godza’s drinking speed was a major contributor towards my suspected stomach ulcer in the summer of 1983. In the end the doctor identified that I wasn’t suffering from an ulcer, instead concluding the stomach pain was a ‘cry for help’ by my gullet.

Neil Fraser – The brains of the group who used to encourage the rest of us to buy low and sell high. As his audience were 18-20 year olds it was wasted advice as for one thing we didn’t have a clue what he was talking about; the finer nuances of the FTSE wasted on his clueless chums. As he now owns half of Cincinnati in the USA, and the rest of us haven’t got a pot to p**s in, we probably should have made more of an effort to grasp what he told us……. Oh, and if we’d have got better degrees and been cleverer that would’ve helped also!

John Hutchison (Hutch) – One of the most cheerful guys I’ve had the privilege to meet in over half a century on this troubled planet. When you bear in mind he’s a fan of Sunderland football club you’ve got give the lad kudos! Wanted to become the new Eric Clapton but as he couldn’t afford a guitar after inadvertently buying high and selling low it was an aspiration too far for the amiable Gateshead lad.

Tim Gray – Despite being a gifted sportsman who represented Durham at cricket, football and ear wax production, not to mention being adored by numerous lasses, Tim was the complete antithesis of Hutch in the chirpiness stakes. That being the case even though he supported Newcastle instead of Sunderland….. Actually, coming to think of it!!!….. Was a big fan of The Onedin Line.

Des Johnson – Like Tim Gray, Godza and Neil Fraser, was a keen Newcastle United (NUFC) fan. Claimed to have been a friend of former NUFC captain Mick Martin. However, this assertion was shot down in flames when it was universally agreed that shouting from the stands “You’re absolutely sh**e, you useless bog trotter!” does not a friend make.

Gavin Healy – One of the younger drinking members. In the laxer days before id was required to prove your age in a pub, Gav got served in bars by claiming “My mum thinks I look 18!”….. Even though he didn’t and she hadn’t. In 1982, he started to have  reservations about the Falklands conflict after a dream in which head of the Argentine junta General Galtieri told him “Beware of the wrath of the Murgatroyds”….. Gav didn’t know who the Murgatroyds were; nevertheless preferred to air on the side of caution, consequently leading to him distributing leaflets outside the New Cannon pub calling for an end to war in the South Atlantic.

Ian Summers – A prince among men…. To clarify, by that summing up of Ian (or Oxo as he was more commonly known) I’m not suggesting he was a man of regal standing compared to his peers. Moreover, I’m alluding to the fact Oxo used to like dressing in purple sequins and sing ‘When Doves Cry’.

Andrew Conway – Known as Connor, which I assumed was a nickname derived from his surname of Conway but was never inquisitive to ask. A typical Geordie, he drank Newcastle Brown Ale and loved relaying family coal mining anecdotes from a tin bath in front of the fire….. Which is all well and good, however when it’s the fire in the lounge of a packed Ravensworth Pub it’s a foolhardy action.