Saturday 21st April – Yesterday, a scattering of my dad’s ashes were mixed with the potting compost of two azaleas bought in his memory. A big fan of the shrubs that thrive in acidic soil, we thought it a fitting tribute for our late family head.

My siblings and mother plan a similar homage to him in the coming weeks. We have also arranged to scatter of a small amount of his remains in the memorial garden at Headingley – Home of his beloved Yorkshire County Cricket Club. A shrine first visited during his fledgling years in the late 1940’s – Target of his veneration the spin bowler Johnny Wardle.

A cricketing coliseum, the venue where he spent countless hours of contentment, both in childhood with friends, in adulthood with his sons and latterly his grandson. An amphitheatre where the ordinarily undemonstrative man could be heard to voice his disapproval at a bowling change he deemed flawed, or a reckless loss of a Tyke wicket.

A tribalism never witnessed from the old man when watching his other sporting amours Leeds Utd or Leeds RFC, where ordinarily he maintained a enigmatic silence. You had to graft to unearth the Yorkshireman’s points of view, but they were always worth working for.

I wasn’t born when Wardle was in his pomp. My introduction to Yorkshire County Cricket Club was with the 1970’s class of Boycott, Hamphire, Lumb, Athey, Bairstow (senior), Sidebottom (senior), Carrick, Cope, Old, Stephenson, Oldham.

A capable outfit, but this vintage saw the start of a barren three decades without winning the county championship. Hard to take for the club who’d been champions on no less than six occasions in the 1960’s.

The 70’s Yorkshire side who introduced our Ian and me to the joys of county cricket  contained several international players. Despite that, the cricketing holy grail of county champions alluded them. I recall pater deeming the rise of Essex, Middlesex, Surrey and Somerset at his home county’s expense at that time as a cronyism. A conspiracy by the games administrators at Lords.

It was a rare opinion of his whose rationale evaded me. Although I thought there might be something in it when in 1982 Cambridge University captain Derek Pringle won his first England cap.

Without this cronyism, my old man proffered if he’d have plied his trade for a northern county the likes of Essex batsman Keith Fletcher, never have played for England .

I failed to see how that affected Yorkshire’s downturn in form. Like the dwindling success of his football favourites Leeds United from 1974, I deemed it a natural sporting phenomenon. A cyclic event that affects many successful sporting clubs when a side ages together.

My old man was particular scathing about Fletcher’s catching ability in the slip cordon – His every dropped catch for England greeted with a “Jack Hampshire (Yorkshire batsman) would’ve caught that!”, or “Bloody rubbish, Fletcher!”

Incidentally, his admonishments were never delivered in brisk language, they were the tame criticisms of a gentleman who felt the need to opine his beloved county had been wronged. Unlike the whimsical sledging of my mum who deemed that “Geoff Boycott was a selfish bugger”, “Graham Stephenson’s hair needs a right good cut!” and after a soft dismissal that “Bill Athey is like my arse!…… Best covered up!”

Mum, a less forgiving task master, who thankfully never got within a mile of being the member of a cricket selection committee. Her advocacies of non-selection for the unshaven, turning up with dirty boots, any sledging containing the f-word would no doubt disenchant players……. Especially bearded, foul-mouthed team members who are lax with footwear cleanliness.

I’ve not wept since my dad passed in October 2017. My profound sadness instead exhibited by anger, frustration, low mood and cynicism. Most of it displayed through writing these daily literary offerings.

As the eldest male family member, I deemed weeping as weak and inappropriate. That all changed yesterday afternoon, the consequence of troweling the old man’s ashes onto compost into the pots selected as home for the azaleas.

Catching sight of the ashes manifesting the welling of tears. Moisture that slowly rolled down my cheek, navigating a path through my beard and, with my head bowed over the tub, coming to rest onto the ash sprinkled ericaceous compost.

The waterworks, conspicuous by their absence for six months, had blindsided me; deciding now was the time to make themselves known….. As much as I’ve fought not to weep over losing the man who I owe so much, it was a cathartic episode that’ll hopefully take the edge off my anger, frustration and cynicism. 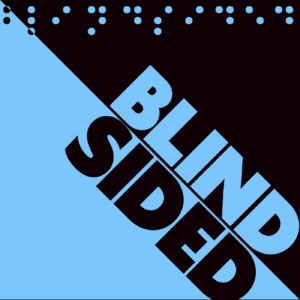