It’s Christmas Eve as I start this my 1000th and final blog. The end of my 1002 day literary odyssey that’s taken up around 3000 man hours of creative writing; in addition to hundreds of hours undertaking website admin on writesaidfred.org…… Not to mention spending chuffing ages concluding it’s been 1002 days since I commenced this project.

During this 33 month sojourn, my website has received over 28000 hits globally in 116 different countries. Excerpts of some of the pieces of work have contributed to 14 self-published tomes, while lots have been picked up by online journals.

Since my inaugural narrative on 28th March 2015, my writing sessions have seen me eat my weight in Haribos and drink the tap water equivalent of Eccup reservoir. Not to mention, on scores of occasions exclaiming “This laptop is an absolute heap of crap!” as it’s latency delayed my lexilogical task at hand. 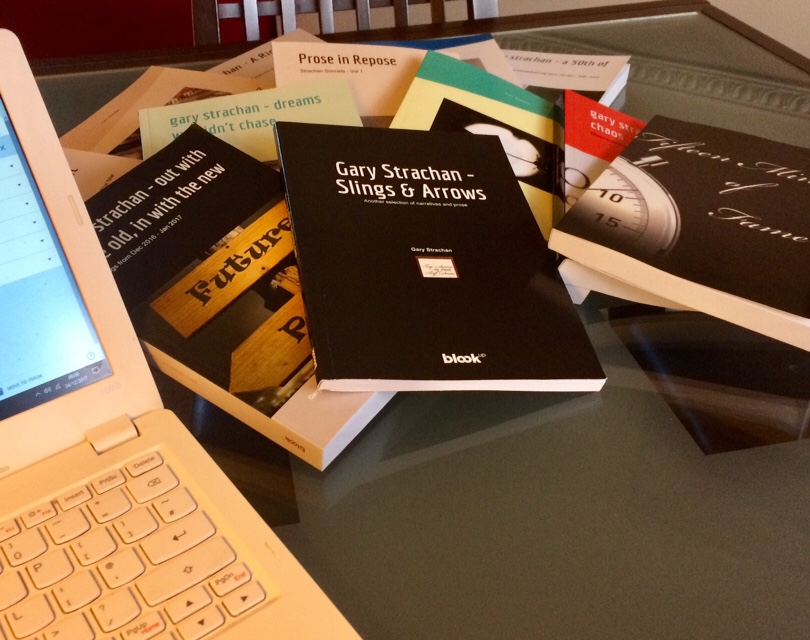 The subjects I’ve written about have been diverse. They include:-

There are many other topics I’ve penned which unfortunately I can’t recall at this moment in time. I very rarely revisit blogs I’ve written, so when you’ve written over 600,000 words remembering everything you’ve journaled simply isn’t possible.

What have you gained from this literary voyage, Gary? ….. To which I answer “A great deal.”……

Someone recently asked which was my favourite blog of the hundreds I’d written. An enquiry I couldn’t answer as I recollect very little of the content in my prose…… Although, I have every page printed off and dated so, if required, that detail is readily at hand.

I do have a favourite joke from one of my early literary offerings, which went along the lines of:-

Me – “This morning, I got myself a donner card from the  doctor.”

Friend –“Do you not mean a donor card?”

Me – “No donner card. I’m leaving my liver to the local kebab shop!”

I’ve decided to stop penning daily blogs as recently I’ve found the whole creative process ultimately unfulfilling. I think my 1000th blog is as good a place as any to finish. I’ll then take a break from writing, prior to moving onto literary pastures new in 2018.

If you ever feel the need to read any of my blogs they’ll still be available on my website writesaidfred.org , which will remain online.

Thanks to everyone whose taken the time to read any of my work, it’s made the 6000+ unpaid hours worth while. I really appreciate the support you’ve provided.