For the second year on the trot, I witnessed a commendable performance from band Shed Seven during yesterday evening’s pre-Christmas gig at Leeds’ O2 Academy.

When I say witnessed that isn’t strictly true. For a section of the York band’s impressive set of new and 90’s anthems, I had a restricted view standing behind what seemed like the Harlem Globetrotters basketball team.

By that, I mean there was a visual barrier formed by a collection of guys in excess of 6’2″ tall; not that I was being distracted by a group undertaking elaborate tricks with a basketball. I saw no evidence at all of the presence of a basketball, or indeed anything spherical being spun on someone’s index finger.

I reckon I’m average height for my generation (5’11), and ordinarily I don’t have problems viewing events as part of a standing audience. However, in a packed crowd behind a handful of guys over 6’2, a view of on-stage proceedings can be severely restricted.

Eventually I moved to secure a place where I had sight and sound of the Sheds (as the people who call them Sheds know them). Although, I don’t think the 5’7 bloke behind me didn’t look overly chuffed I’d moved in front of him to gain a less restricted view. 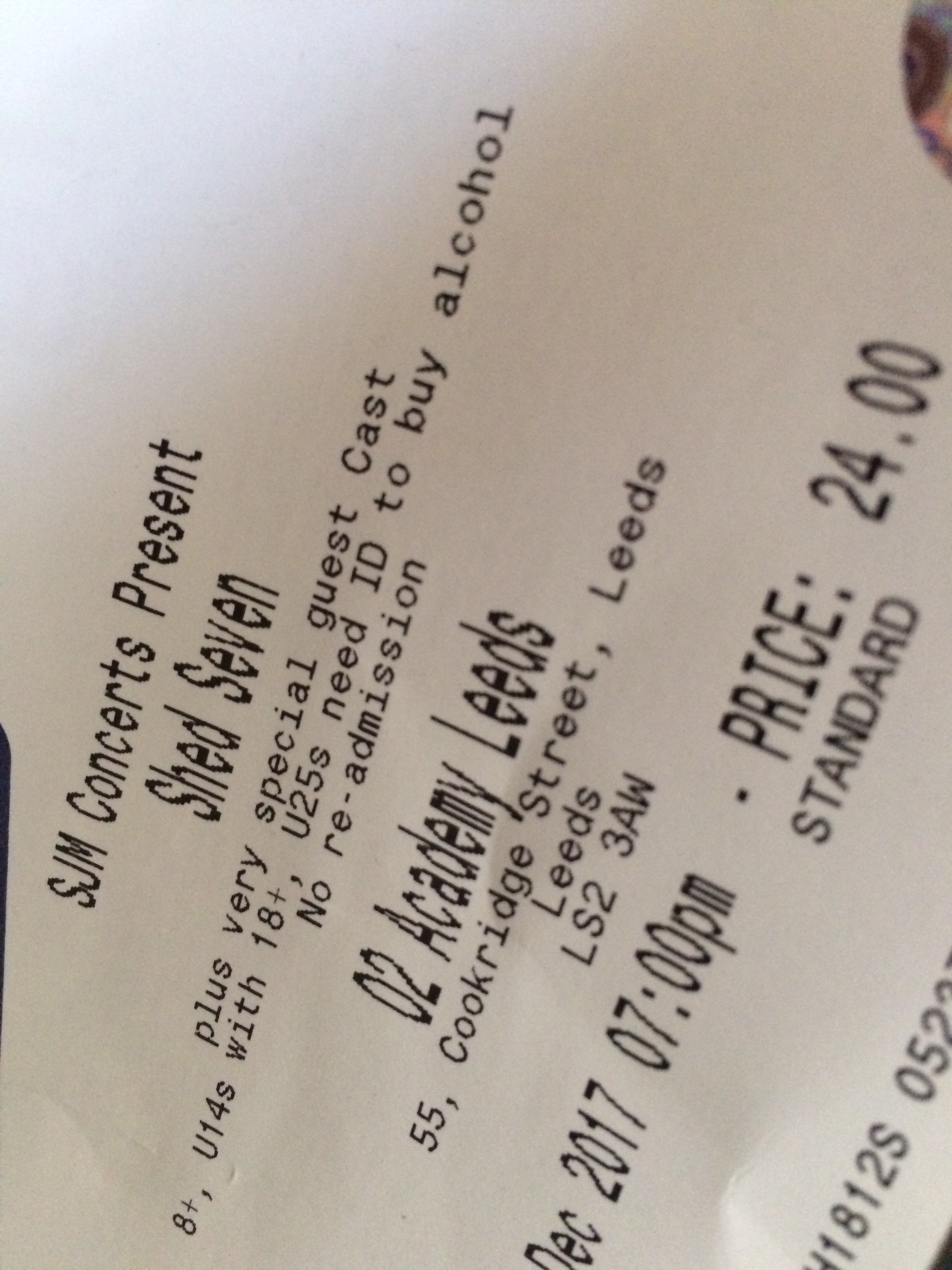 Despite my earlier issues witnessing the band, luckily the ‘basketball players’ weren’t sound-proofed, meaning uninterrupted access to the band’s indie rock sound. This pleasing audio synergy created by elements of Shed Seven’s new album Instant Pleasures, in association with a host of 1990’s anthems that brought them to public attention.

An online reviewer of their latest album opined that Shed Seven’s songs turned indefinable, touching, northern melancholy into huge uplifting anthems. I can’t match that level of eloquence; instead my critique would proffer “Uplifting standards that appeal to tall people.”

As I wrote in my review of last years Shed Seven gig, which is incorporated in The Return of the Seven, I’m a bit late (well, very late) to the party with regards listening to this band. My first child was born in 1990, around the time of the band’s emergence, an era when unearthing new music was usurped by more pressing paternal matters.

Yesterday’s crowd would have been late teenagers in the 1990’s; young adults with time on their hands, allowing time to formulate informed opinions of the York band’s audio output.  I was in my late-20’s surrounded by nappys, high chairs and the words to The Wheels On The Bus.

Mate’s Jon and Mike (both well over 6ft) who secured me last night’s ticket are ten years younger than me and are massive fans – although not as massive as the ‘basketball players’. Consequently, the early 90’s held very different lifestyles for my two mates in comparison to mine.

That being said, back then all three of us did have the regular chore of cleaning up vomit. Jon and Mike after over-imbibing at the Town & Country club gig, me the result of over-feeding my young kids with rusks and milk.

Anyway, unperturbed by being made to feel like a Lilliputian at last night’s gig, I’m belatedly getting down with the Shed fans, gaining an understanding for what thousands of proper fans first saw in their music thirty years ago.

Better late than never, I suppose.