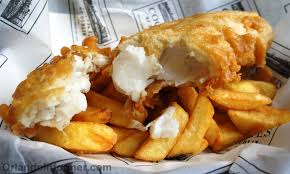 Yesterday teatime, I stood inside St Michael’s Fisheries queuing for pre-cricket match fish and chips. The late afternoon humidity and heat from the frying combined to give the diminutive fish and chip establishment an ambient temperature of a crow’s armpit, after it has flown from John O’Groats in Scotland to Newark in Nottinghamshire.

Do crow’s have armpits? I hear you cry! Surely Gary they have wingpits as they are not in possession of arms! You could be right, however I’m not overly worried about the minutia of the large black bird’s anatomy.

Whatever it’s called, it would be hot after flapping its wings for several hundred miles after flying south from the UK’s northern most town to the East Midlands of England. It’s only stop an Edinburgh service station for a bottle of Dr Pepper.

One of the many voices in my head is alleging, that as well as liking Newark for a break, crow’s love Dr. Pepper. It’s bloody typical of me to have the Dr Pepper’s Head of Marketing (Arnold) as one of my many personalities!……. He never shuts up about chuffing carbonated soft drinks and their demographic market.

As my buddy Mike and I stood in the crow’s armpit like temperatures, I noticed a glass-doored chiller full of non-alcoholic bottles and drink cans. To clarify, I mean all drinks within the cabinet had no alcohol content; not that the bottles and cans were members of a soft drink temperance movement.

As I clapped eyes on the bottles of Dr Pepper in the chiller, the voice of Arnold pointed out that this little chippy in North Leeds must have crows among its customers.

I pointed out to this beverage obsessed personality, that more than crow’s drink the carbonated drink. This led to Arnold offering me a wager that the fast food establishment would have crows among their clientele.

I refused the bet, questioning how would we find out; as for one thing I wasn’t going to ask the young lass serving the fish and chips if she’d served any crows recently. “She’d think I was a chuffing insane!” I berated Arnold.

At this point, Mike turned around and asked who I was talking to. I refrained from informing him my verbal jousting was with Dr Peppers Head of Marketing in my random mind, and sheepishly informed him “No-one” 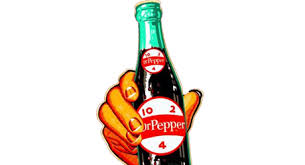 As we slowly moved nearer to being served Mike opened the glass door of the chiller and grabbed himself a can of coke.

“Do you want a bottle of Dr Pepper, mate?” he asked me.

Conscious that my soft drink might be pilfered by a crow, I shook my head and told my buddy “No, I’ll have a bottle of diet coke please mate.”

Eventually, with drinks in hand, we got to the front of the queue to be served by a statuesque young lass with purple hair. She was a pleasant girl who I genuinely felt sorry for having to work in those stifling conditions.

After she handed us our trays of food, Mike and I proceeded towards the door of the chippy. Just before we exited, the queue was joined by an elderly man with a crow perched on his forearm.

“Hi Fred, are you and Bert (the crow) ok?” the young girl serving asked the man on seeing his entrance.

“You gonna have the usual, Fred?” the girl with the purple mane pre-empted while wrapping another customers fodder.

“I do, love……. Bert’s already eaten, though, so he’ll just have his usual Dr Pepper!”

I staggered over the front step out of the shop and headed towards the cricket ground dumbfounded at what I’d just seen.

A few yards down the lane we joined a throng of people with the like-minded intention of spending their evening watching cricket.

As I sampled another mouthful of chips from my plastic tray, the voice of Arnold, Dr Peppers Head of Marketing, smugly chirped up “I told you so, Gary!” 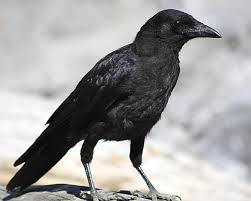