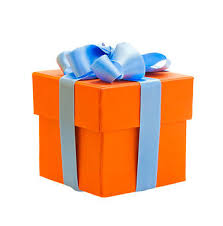 My preparations for Karen’s up and coming 50th birthday continue at a pace. Due to her illness, she has requested I spend money on different shows, gigs and maybe breaks in 2016 as gifts, as opposed to an expensive keepsake like jewellery or framing the winter gas bill!

With this in mind, she has already attended Adele, Mariah Carey, Paul Heaton, and Riverdance shows already this year. Additionally, we had a break in Chester, I stained all the garden fencing and cleaned the oven…… I also removed a massive spider from the house the other day, however, she says I can’t count that towards her presents!

Also this year, we have booked to see the musical Guys & Dolls and Billy Joel. In addition to this I plan on having the boiler serviced. Although, it’s currently a moot point whether that is a gift of a high enough standard for a 50th birthday!

Having the boiler serviced can’t be classed as an adequate birthday present, apparently!….. Women are so high maintenance! 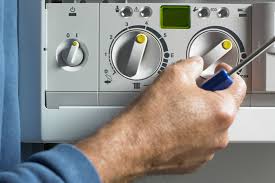 On her 50th birthday itself we are going to York races. Coincidentally, the meeting that day is being sponsored by MacMillan Cancer Support.

As she knows all the other gifts, I thought we (our party of six) would get a surprise gift for Karen on the day. With this in mind, I’ve arranged for her to ride the horse Shoehorn in the 2.40 race!

The current odds on her winning the race are the same as Leicester City football club’s were to win the FA Premiership (5000/1), so don’t rule my wee spouse out of vanquishing the likes of Ryan Moore, Frankie Dettori et al just yet.

I was kindly woken early by my vigiliarium mentis. That’s my mind, not what your thinking!!….. Honestly, your mind!

It had thought of the following gag and couldn’t wait until I woke of my own accord, so prodded me like a belligerent child until I paid it some attention….. I’m still talking about my mind!!

The gag was “I know that public discussion(s) of pre-trial cases is called sub judice….. If it is done on daytime TV is it classed as Richard & Judice?” I actually quite liked the quip. However, it has to be said, not enough to be woken up for!

I’ve just noticed I’ve used some Latin terminology in the previous two paragraphs. Not something I do ordinarily, apart from when I enter the annual ‘Pretentious East Leeds Writer of the Year’ competition. I’ve never won it, but in 2014 came a close second in the ‘Best Use of the word Juxtaposition’ category.

I don’t recall in what context I utilised the word, but I knew I had no chance after a Garforth man entered with “After years of trying, I finally got to crowbar the word juxtaposition into a sentence yesterday. Unfortunately, my wife refused to try it!”

There was only going to be one winner after that! My only consolation being his wife wouldn’t acquiesce to his demands for, what he deemed, his conjugal rights!

Right, the sun’s has made an appearance and I’m going to venture outside to give Karen another 50th birthday gift. I’m going to hand her the ambre solaire….. I ruin that girl I tell you!