Despite the gratifying stability of her tumours, Karen has felt particularly poorly recently. At times her pallor varies from grey to a light mustard hue; colours that enforce her assertion that all is not well.

This malaise is no doubt be related to the unwanted but immovable visitor, who’s hung around the family like a repugnant smell for over five years. The rancid illness that taunts her, along with our children and I, is obviously letting my courageous spouse know that he’s still about.

The rancid unwanted visitor for thousands 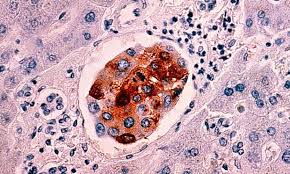 God bless her, she attempts to reconcile each ache and pain with a naïve, almost child like, self diagnosis. “It’s my body disagreeing with the chocolate I ate earlier.”, “I’ve probably pulled a muscle.” and “It’s the stress of your stupid whistling language, Gary.” are just some of the culprits of her current debilitation deemed culpable.

As supportive as I try to be, I can’t concur with her diagnosis. As far as I’m concerned the guilty party is the nemesis of hers and many thousands of others life’s. The loathsome piece of detrius that is cancer.

I’m not dealing with things that well at the minute, with my overriding emotion being one of outright anger at the situation we have faced since November 2010. Even my Anger Management classes with Phil Mitchell from Eastenders aren’t tempering this current fury. 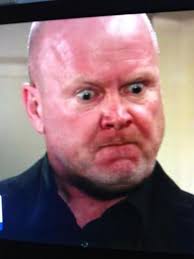 No matter how many times I assure myself of the futility of this emotion, I currently cannot move away from the hold it has over me. Stupidly, I want someone to pay for the last five and a half years my family has undergone. A misguided thought on so many levels.

Anyway, I’ll stop wittering now about my problems and channel my energies towards supporting people with real problems……. Anyway, it’s only a matter of time before I see the benefit from my classes with Phil.

I’ll give him another three sessions and if my anger issues haven’t abated by then I’ll ditch the red faced, moody piss head (Phil Mitchell not me) and enrol onto Mr Ed’s Anger Management course…… I know he’s a horse but he’s a lot chuffing calmer than Phil Mitchell!

Following Karen’s diagnosis, a counsellor asked me what I would write in a letter to cancer (if it was a person). My original letter had to be re-written when I latterly became aware that I wasn’t allowed to include any words that rhyme with ‘duck’, ‘hunt’ or frastard!

After a complete re-write, where I was disappointed to have to omit the word ‘crastard’ I penned a letter of melancholy, in which I asked the question of cancer as to its point in the question ‘What have you ever done of use?’

To my surprise I got a response a week later to my letter. It wasn’t a return from cancer mind you; I’d mistakenly sent it to an old aunt. She blasted me as an ungrateful so and so, before reeling off a whole lot of things she had done for me and my family when we were kids.

She had a point as she had been a generous lady. However I think she was clutching at straws by saying one of the things she did for us was letting my brother and I cut her grass and wash her car!

Right, I’m going to look up words that rhyme with ‘frastard’……. To the odious bastard (ah I found one!) that nearly rhymes with hamster, I just want to say you are a worthless, repugnant twat who has no endearing features.

If you’re reading this and your name nearly rhymes with hamster, I meant cancer not you! …. Apologies for any misunderstanding!