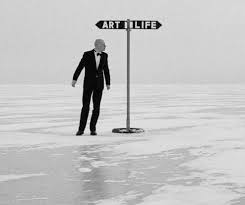 I didn’t write a blog yesterday. Instead I wrote a short story which was absolutely (but deliberately) barking mad. I have to say, I can’t ever recall enjoying writing anything as much as I did those 1100 words.

I belly laughed through large chunks of writing it, as well as when reading it back during its edit this morning. However, now I have the dilemma of whether adding it to my website garystrachan63.com .

I personally think it crosses that line between daft and chuffing mental. Normally, I just put something out there, even if unsure, but I’m really uncomfortable about this narrative, which is a fairy tale with some ‘colourful language’.

Some may say, what’s stopping me? After all the majority of the stuff I write is flipping barmy. That would be a valid question, but this really feels taking the silliness level too far.

Penning light hearted narratives is a complex task. Not only has the grammar got to be good (mine is inconsistent), the story flow and be interesting, but it also has to be funny at some level. Humour isn’t an exact science. There isn’t one person in the world, regardless of how funny they are, that will appeal to everybody’s comedic taste.

Obviously, the better writers and performers of the genre will make a living from it, on most occasions, but not everyone will like their work.

My writing is solely my work. Every word is written by me, I edit them, add them to my website, administer my website and generally don’t have anyone to bounce my ideas off, to see if they work or not. As a result, the content thrown out there is all generally untried on anyone and a risk in some ways.

Despite having lots of positive feedback and over 4200 hits on my website, the uncertainty of the quality of your work always prevails. I have the lucky situation that it’s not my job (I don’t get paid for writing), so if they don’t work I don’t starve……. well, as long as we continue on this all-paper diet!

At some point, I would like to engage with authors who do rely on their skills to provide for them and their families. I think their input would help me develop, especially from a grammatical and delivery perspective.

I’m not worried from the creativity side of writing for two reasons. One is I constantly have ideas, some of which I’m really pleased with. I believe this is a gift and that you can’t be taught creativity, it’s something you have or not. In my opinion, you can be guided how to structure your narrative, but the ideas evolve from the depths of your mind, due to its ability to channel down that creative path.

Unfortunately, along with creativity can come a propensity for lower, darker moods. It’s a double edged sword that you have to try and manage by avoiding triggers, such as supporting Leeds United or those things on guns you press to fire them.

Only then would I class myself as a writer. As it stands it’s just a hobby; similar to scratching around, maudlin and shouting “bollocks!” when the final whistle at Leeds games blows!

One day I might add yesterday’s short story to my website. In the meantime, it’s saved on disks, printed off and filed with my other ramblings.