Another day, another visit to the Bexley Wing at St James’ Hospital, this time for Karen’s four weekly treatment. I dread to think how many hours we have spent down there, or the Leeds General Infirmary, in the last five years. Bless her!

While we waited today, we both tried guessing the cumulative time spent in the NHS buildings since her diagnosis. There was a massive polarisation of our estimates. I jokingly surmised 6 hours 27 minutes, whilst Karen countered that she reckoned about 3.5 million hours.

We are both miles wide of the mark, but its amazing the inane nonsense you get drawn into when bored in a waiting room.

Thankfully, today Karen didn’t have a long wait or time in the treatment room. This was lucky, as I was so bored I spent time trying to guess the wifi password so I could use the internet on my iPad. Obviously, I had no luck but if you’re ever in the Bexley Wing at St James, it’s worth bearing in mind, the wifi  password isn’t creosote, shoehorns, trepidation or Llanfairpwllgwyngyll !!

Apparently, today (13th October) is Azerbaijani Railway Day. It should have been yesterday but was delayed due to major points problems on the outskirts of the country’s capital Baku. 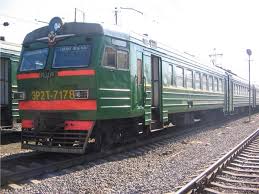 It is a day when the population of a country, that spans Eastern Europe and Western Asia, gather at main train stations to celebrate. Here they compare train number collections, discuss where they bought their anoraks, eat humus and watch back to back Thomas the Tank Engine re-runs.

Thomas’ narrator, ex Beatle, Ringo Starr was initially invited to open the ceremony, however, due to other commitments he couldn’t attend. So the ceremony will be undertaken by fellow scouser Jan Molby. He will also double as the Fat Controller! 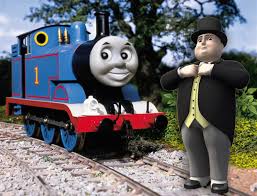 Today in Azerbaijan is a day to celebrate a mode of transport that has contributed so much to the  country’s development economically. In a place where no cars are under 30 years old, the railways importance cannot be understated. It’s reliability and timeliness underpins the nations transport infrastructure.

Murgle Despot, editor of the countries railway magazine ‘My Bloody Lada Has Broke Down Again!’, enthused that today is the second most important day in the Azerbaijan calendar. It is only usurped by Hatchet Day in May; when everyone gathers to give thanks for hatchets, or indeed any other axe like implements.

Azerbaijan has a high level of human development which ranks on par with most Eastern European countries. It has a high rate of economic development and literacy, as well as a low rate of unemployment.

It’s main tourist attraction is the Stone of No Return, which is situated on a small island in the Caspian Sea  to the east of the country. No reviews are available for this mystical stone as no one returns! I suppose trying to get there by train when there’s no bridge doesn’t help!

The only known picture of the Stone of No Return. No one knows how it got back!! 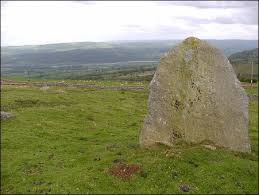 Anyway, I’d like to wish a happy Railway Day to my friends in Azerbaijan. Admittedly, I haven’t got any friends over there but my sentiments and good wishes still stand!