Today’s offering is my 150th blog, which I wrote whilst sitting in the waiting room of the oncology unit at St James Hospital, in Leeds..

Karen was sat opposite awaiting her monthly blood test to confirm her tumours remain stable; in addition to biding her time for the regular consultation with her oncologist.

She perched in her usual calm and collected manner,  idling away time reading the latest Yorkshire Cancer charity magazine. Monday-Friday staff walking by in various states of readiness to commence their working week.

I sat people watching as I sought inspiration. When I’m at home, if I have writers block I look out onto the aesthetically pleasing view of my back garden and I am often raised from my creative slumber. For some reason my views of an oncology waiting room and the skyline of Burmantofts are not quite as fulfilling inspiration wise.

Firstly, I should relay how excellent the Bexley staff have been over the five years (or so) since Karen’s diagnosis. Her support network have a real vocation for their roles and blow out of the water the constant negative rhetoric aimed at the NHS.

The paragraph above has been added, as I realised I’d not mentioned the word vocation, despite the blog being titled ‘Vocation, Vocation, Vocation’. I could have changed the title but I liked it, so it stayed! 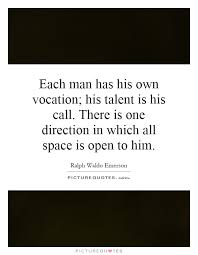 As I continued to people watch, a half asleep young woman who I assume was an admin worker , as she was wearing a ‘I’m an Admin worker’ badge dropped several already flattened boxes on the corridor. Her face adopted a rouge hue, at her clumsy feat in the presence of a bigger audience than ‘Live Aid’!

A kindly Porter, wearing a ‘I’m not an Admin Worker’ badge, approached her to ask if she wanted assistance picking up the cardboard hillock she’d created on the linoleum floor. The girl replied in the negative, as a nurse wearing a ‘I used to to an Admin worker’ badge was already assisting.

The porter, short in stature but not in humanity, seemed put out by the snub and stormed off looking pretty livid. He returned a few minutes later wearing a ‘Shove your boxes up your arse, Admin worker!’ badge.

I was unusually inquisitive causing me to ponder why the girl might need all those boxes. With Hercule Poirot like analysis and detection I narrowed it down to the following:-

a) She needs the packaging as she is moving house.

b) She has a requirement for these boxes as she’s moving office.

c) Her wage is so bad that she is taking the boxes to live in!….. or

d) She collects flattened cardboard boxes as a hobby. I know it sounds an unlikely and boring pursuit, but you can’t rule it out. After all, some people collect train numbers for a pastime!

My inquisitive streak soon dwindled after the girl disappeared in a cloud of smoke, along with her flattened boxes.

At this point I plundered the depths of my mind trying to recall the advertising strap line I’d thought of, when we were stuck in rush hour traffic earlier. The line was inspired and very funny but I really couldn’t recollect it…………… Yes I can do funny, believe it or not!

After failing to recall the belting strap line, for some reason I couldn’t get the children’s rhyme ‘There Was An Old Woman Who Lived In A Shoe’ out of my head. In particular, the line ‘She had so many children she didn’t know what to do’. I must admit I have no sympathy for the woman. She should have thought of that before her promiscuous behaviour resulted in the overcrowding of her unorthodox footwear abode!

When my two kids were younger I used to adapt nursery rhymes and put a sillier spin to them, in an attempt to make them laugh. As it was nearly twenty years ago I’m struggling to think of most of them. If memory serves me correct my adaption of the rhyme ‘The Grand Old Duke of York’ went as follows:-

The Grand Old Duke of York.

He didn’t know what to get them for Christmas.

So he bought them all a pen.

Yes you’re right, it is amazing they turned into stable, normal and rounded young adults! 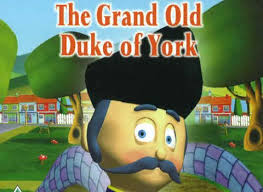 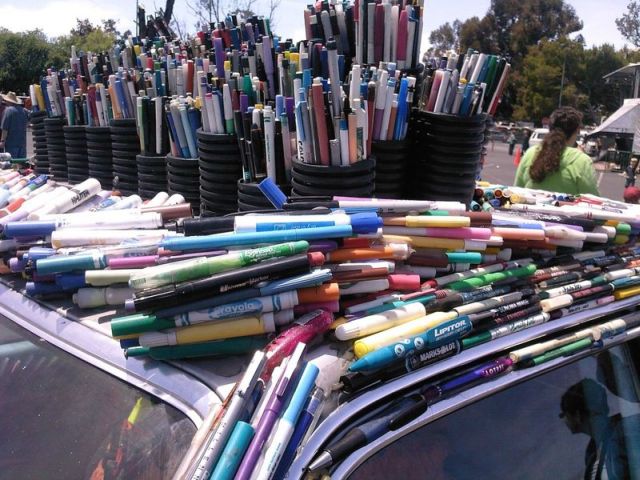