As I plough on with these diaries chronicling life under the epee de Damocles, hovering menacingly over the globe in the shape of COVID-19, my mum’s sitting opposite deriding an auctioneer on TV show Bargain Hunt. A dour looking fellow who she opines should display a chirpier persona, especially as “He’s on the bleeding telly!”

Listening to the old lady’s sneering at this bald forty-something chap, who admittedly isn’t the most chipper gentleman I’ve ever witnessed, I guffaw at her bombastic tirade which includes observations such as:-

“Look at him, he’s a right miserable sod!“; “Have you seen how big his nose is!!”; along with her trademark “He’s got a face like a slapped arse!”

This mischievous, forthright, opinionated side of my mum isn’t oft inclined to take centre stage. When it does, though, it’s entertainment gold. This facet of their grandmother Maggie’s character also loved by my two adult children (Jonny and Rachel). Particularly during times she admonishes me for deliberately antagonising situations with cutting broadsides aimed at stirring the pot.

Maggie only has to berate me with an off the cuff slight, such as articulating I’m a “Pillock!”, “S**t stirrer.” or whimsically dismiss the quality of my humour writing by affirming “If wit was s**t, you’d be constipated!“, and her grandkids are in clover.

Knowing the old lady doesn’t intend this mischievous derision and is merely playing to the crowd, I laugh as heartily as my offspring. Mum’s humorous affronts re-assuringly indicating, despite being six months shy of her 80th birthday and getting ever frailer, she still maintains a keen sense of humour and cognitive wherewithal. 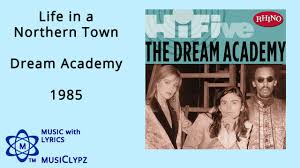 Being in isolation, penning daily diary entries of a COVID-19 shaped life in a northern town isn’t the easiest of self-delegated literary remits. Inspiration for topics and essay content during interminable Groundhog Days brings with it a set of challenges. They’re not insurmountable barriers, though, and presently I’m succeeding with my objective of penning two essays, containing a minimum of 500 words, each day.

Darkly, one of the drivers for increasing my literary output is a morbid concern of contracting coronavirus. Despite realising I’m being overly neurotic, I don’t want to pass away while I’ve narrative epiphanies still residing within my neurological corridors.

Consequently, as a precaution I’m striving to get these notions out of my head and onto parchment pronto. I’ve hidden my skillsets for too long, foolishly hiding my light under a bushel. I’m utterly determined my employment legacy won’t be that of a man flying by the seat of his pants undertaking roles which didn’t play to his strengths.

These occupations included rotating shift roles. Employment depriving me of sleep, self-esteem and dignity. However, as they paid well, they were jobs I was loathed to leave. After all, this strategy allowing me to be able to provide for my family of four without my wife working full time.

Don’t get me wrong, I’m not seeking a medal for providing for my family. What I would like, though, is some appreciation. Not for one of the people who I made the sacrifice for to repay me by currently doing their darnedest to completely derail my existence.

Please stay safe!!…..  I’ll leave you with the lyrics from Dream Academy’s refrain Life In A Northern Town. A much more active northern metropolis than any you’d find currently:-

A Salvation Army band played
And the children drunk lemonade
And the morning lasted all day
All day
And through an open window came
Like Sinatra in a younger day
Pushing the town away, ah

They sat on the stony ground
And he took out a cigarette out
And everyone else came down
To listen
He said, “In winter 1963
It felt like the world would freeze
With John F. Kennedy
And The Beatles” (yeah, yeah, yeah)

3 thoughts on “Life In A Northern Town”