On opening the Strachan advent calendar door number four this morning I was greeted by the souls of the oppressed. Although affable enough souls, particularly when you take into account the terrible suffering they’ve endured, I’m beginning to hold misgivings about investing in Torture magazine’s festive calendar***.

Todays’s bestowal as equally disturbing as the Fingernails of No Return which yesterday laid in wait from behind the calendar’s door number three. It’s a shame I can’t return the fingernails as I don’t chuffing want them!…… With events dans la vie de Gary Strachan troubled enough in 2019, I just hope the Wrath of the Andromites isn’t behind any of the twenty yet to be opened doors.

This bane an age old wrath handed down by the little known South American Androme tribe. A curse, akin to an unlatching of Pandora’s Box, which unleashes evil and misfortune. Unleashing adversity upon it’s victim such as points being magnetically wiped from their Nectar cards, along with the commencement of uninvited visits from high maintenance TV presenter Richard Madeley.

Although accepting there are many, many people with worse existences than our clan, my family could really do with our soap opera taking a hiatus. As I alluded to above, hopefully my family’s run of bad luck won’t be exacerbated by the Wrath of the Andromites.

After the existential events of this year, including my heart attack and departure from my marital home, it’ll be gratifying to experience a drama free Christmas holiday……… Or at the very least not have Richard Madeley turning up at my door expecting a sherry and a mince pie.

I’m halfway through a hiatus in Thirsk as I journal these offbeat observations. This enchanting town which is without doubt the most beguiling place I’ve ever visited which is an anagram of riskth.

If truth be told, it’s the only town I’ve ever visited bearing that particular wordplay. However, I’m pretty sure even if I’d the opportunity to visit Sithrk, Kristh or Tiskhr that they’d not ‘hold a candle’ to this captivating North Yorkshire market town…… No matter how much the Sithrk Tourist Board protesteth!

Yesterday evening I cooked a roast dinner, which was well received by my fellow breakees. Particularly Coco the Labrador/Retriever cross who, after lay watching the silverside joint roast for an hour and a half, unceremoniously scoffed the scraps of meat  bequeathed from our party’s dinner plates.

This food disappearing so swiftly I wondered whether I’d a canine at my feet during dinner, or in the absence of wearing my glasses and contacts I was feeding a hairy Dyson vacuum cleaner…… I tell you what, though, if it was a Dyson I’m really impressed by it’s latest cylinder capacity! 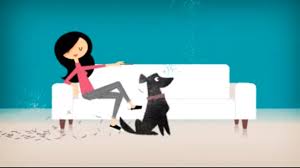 Blimey, I’ve just seen Richard Madeley visit the next door cottage. They must’ve had the Wrath of the Andromites behind door number four on their advent calendar!…… Although they might be reticent at opening doors now, I best knock and remind them to check their Nectar points haven’t disappeared!

*** – Torture magazine is (as far as I know) a fictional publication. Even if it isn’t, I’d like to clarify it’s not something I’d include on my reading list.