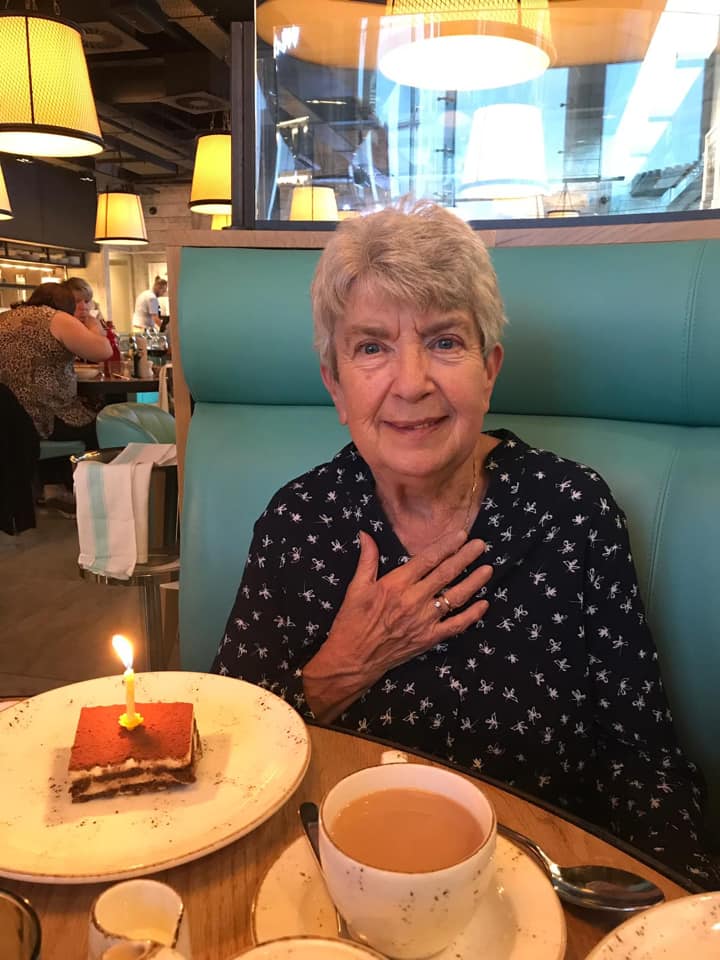 Yesterday evening we held a slightly previous family get together to celebrate Mrs Strachan senior’s 79th birthday. Although technically not her anniversary of birth until today, already pressing engagements resulted in the clan marking the dawning of mater’s 80th year a day early. The brood’s celebration of the event taking place in an East Leeds Italian restaurant.

Despite not having a politically incorrect bone in her body, mother suffers from an aversion to cuisine bereft of the ingredients minced or diced beef, mash potato, green beans and gravy.

A behaviour consequential of ignorance borne by many of her generation; feeding an ingrained unwillingness to try foods of other cultures. Perhaps in some case a result of their formative years during and just after WWII, with it’s shortages of foodstuffs through rationing, acclimatising palates to blandness of taste through paucity of ingredients.

Due to mother’s strict dietary assertion of ‘I’m not eating any of that foreign muck!”, mischievously the clan chose an Italian eatery for her birthday ‘treat’. Hopefully answering the question why we’re taking her to celebrate her birthday anywhere other than ‘Pie & Mash Land’ on Briggate

A valid enquiry that can be answered with the simple response that the Italian eatery contains Pizza Margarita within it’s menu. ‘Foreign muck’ mum Margaret will contemplate eating after the family misleadingly informed her the restaurant had created and named the dish in her honour.

As it turned out, Maggie thoroughly enjoyed the pizza we fooled her into believing was invented as a tribute to her. This ‘posh cheese on toast’ going a small but not insignificant way to banishing some of her misguided opinions about how our global cousins dine.

Who knows, the brood’s little white lie possibly even leading her to go on and try other non-English culinary standards like Brussel sprouts and Welsh rarebit. Types of cuisine which in the past she habitually dismissed as unpalatable ‘foreign rubbish’.

As with many of her generation on this sceptred isle, she also deems food from the sub-continent as unappealing; this despite never actually consuming a meal with its origins in that area.

Bizarrely, she isn’t even keen on eating food grilled on a barbecue, which she is perfectly happy to consume if when cooked under an oven grill. I’ve never asked why; perhaps she deems the cooking method of barbecuing as Australian, subsequently incorporating it under the ‘foreign muck’ umbrella….. Although, I’ll give her her due she does eat New Zealand lamb. Her bias appearing not to extend towards all Antipodeans.

To enhance my mother’s 79th birthday meal experience, after the family’s meals has been consumed, she was serenaded with a version of ‘Happy Birthday To You!’ by a young Italian waiter bearing a cake with candle.  A gesture arranged by my daughter Rachel which brought a tear to Maggie’s eye, along with leading to inappropriate teasing about Italian sausage from two clan members who’ll remain nameless. 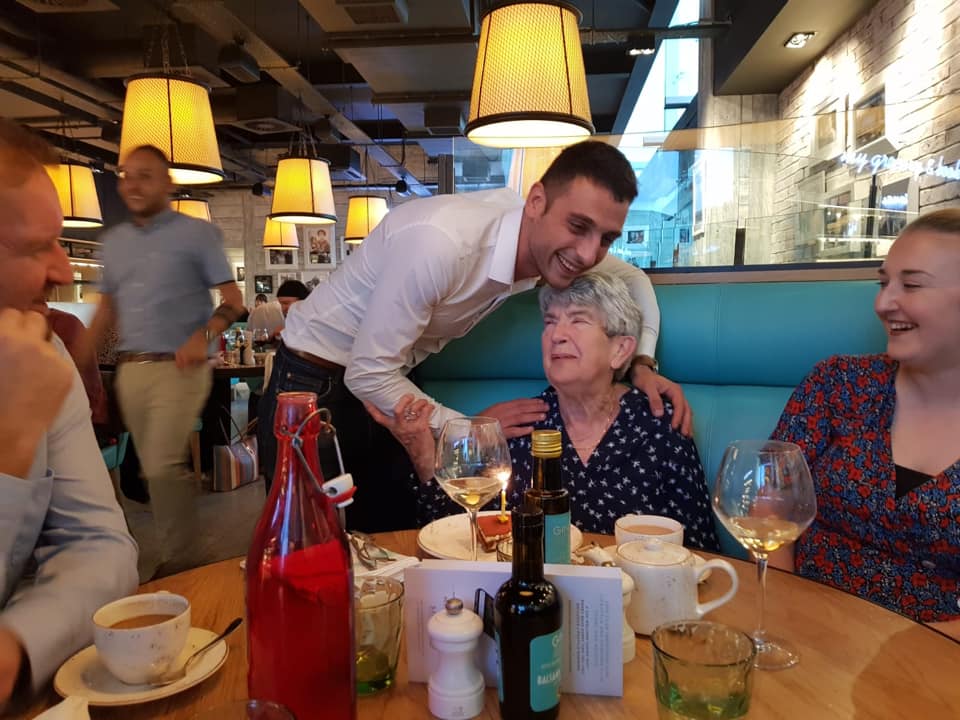 Incidentally, if you bump into my mum don’t tell her that the Italian dish Pizza Margarita got it’s name from Queen Margherita of Savoy in 1898 Naples. It’ll undo decades of hard work by the Strachan family to broaden her culinary horizons!