I’m writing this prose in a hotel around a mile from the Low Fell home I was brought up in on Gateshead’s southern suburbs. Sitting in the lounge of this guesthouse, even though I’m unable to see those places currently residing in my neurological corridors, memories flood back of childhood.

These epiphanies including recollections of my Dorchester Gardens home, along with the nearby Allerdene field where I learned Johan Cruyff-like football skills (cough, cough) and how to bowl left-arm wrist spin cricket deliveries. A level of sporting proficiency that saw me represent the school at both sports, and Gateshead schools in the case of cricket.

The fleet of foot dexterity on the pitch learned evading piles of dog dirt*** on Allerdene during the 1970’s. Without doubt a contributing factor to possessing excellent balance which aided my prowess on the sporting fields of Breckenbeds, and latterly various cricket grounds in the Durham Senior League, and latterly the Aire/Wharfedale League.

*** – Back in the 1970’s very few, if any, individuals felt the need to pick up their canine’s faeces after the fact. Consequently, instead of ending up in a small poop bag like these days (well, sometimes anyway), the dog pooh generally ended up being scrubbed from the kitchen floor by irate mothers of school age boys. Her ‘beloved’ offspring bringing the mess home from the field on their trainers. 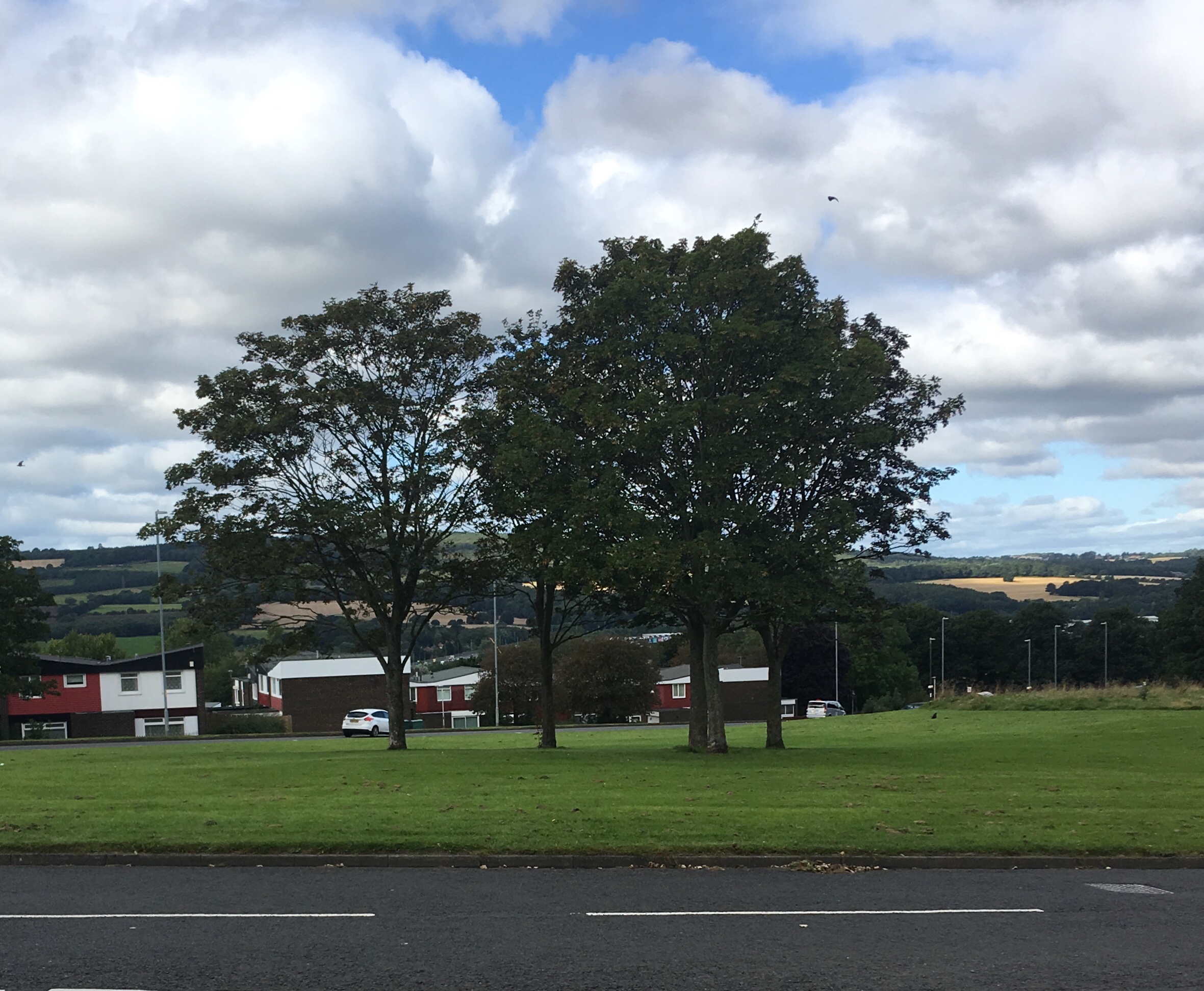 As a kid, maybe around 11-12 years old, for some bizarre reason I felt to show how ‘mature’ yours truly was by introducing frequent use of the ‘f’ word. Unsurprisingly, my profanity didn’t seem to impress anyone. well, apart from the Low Fell Tourettes Society who were so enamoured with my ‘potty mouth’ they made me their 1975 poster boy.

My new found need to curse with the ‘f’ word adjective on one occasion earning me a right rollocking from a middle-aged guy from the Allerdene estate while walking his dog across the area of the field my mates and I were playing football.

On hearing this 12 year old boy ‘effing and jeffing’ he rightly admonished me; telling me it wasn’t big or clever to use words like that at any age, especially as a child. Reminding me that my parents would be mortified to hear me using language as bad as that. Going on to warn me about my further conduct by advocating that ‘Cursing is the lowest form of wit’.

Being a clever s***e whose displays of facetiousness had resulted in being on the receiving end of the correct adage (‘Sarcasm is the lowest form of wit!’), I knew the middle-aged man had incorrectly relayed his advocacy, Although still smarting from his admonishment, I felt it best not to highlight his mixed idiom!!

That being said, the lesson I took from the incident wasn’t that I should desist from utilising the ‘f’ word again. Moreover I learned that, as he then let his dog defecate beside the tree we were using as a goal post, perhaps his moral compass was no better than mine…… The hypocritical old f***er!!