Following the recent emptying of garbage bins by refuse collectors, the wheelie bin cleaning guy is currently treating our cul-de-sac’s rubbish receptacles to a monthly spruce up. A £3 jet clean removing the cylinders interior and exterior detritus, providing a sparkling facade, along a pleasant fragrance courtesy of sanitising spray.

I’m unclear what cologne this chap dowses upon the newly pristine wheelie bins. However, it presents a fresh, clean aroma that’s certainly preferable to auras emitted by household waste residing there twenty minutes ago.

I’d venture this sanitising products fragrance won’t have been developed in perfume houses such as Chanel, Dior, Gucci and Yves San Laurent. However, in the bin cleaning guy’s defence he can’t be expected to enhance a wheelie bins bouquet from a $100 bottle of scent. With this in mind, I’d posit his sanitiser spray’s odour was produced at lower end redolence research laboratories.

Irrespective of the identity of this cologne’s manufacturer, on return from first visiting the garbage receptacle after it’s deodorisation my wife ordinarily comments “I tell you what the wheelie bin smells nice, Gary!”…… With the exception of the time she angrily stormed back into the house to proffer “I wish you’d stop buying those bloody cheap peddle bin bags!!…. They split before I reach the wheelie bin!….. I’ve just had to pick up 40 litres of garbage from the patio!”

Ordinarily, though, having a sanitised and pleasant smelling outdoor rubbish holder puts  the missus into a contented mood….. Perhaps, I should factor that into my own hygiene and grooming routines; it may improve our relationship no end!! 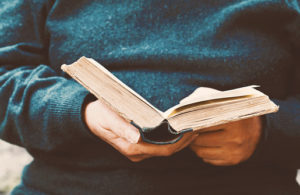 I’ve a cardio rehab gym session to attend this afternoon. Exercise routines I ordinarily enjoy, however today will undertake with apprehension after waking with lower than normal energy levels. This increased fatigue most likely a result of spending yesterday lugging around fridges and a heavy weekly shop. Self-inflicted tiredness that even a decent kip hasn’t rectified.

Consequently, I’m going to have to take things steady during todays circuits. Activities designed to raise my heart rate to a plateau where the exertions can re-strengthen the chamber damaged during January’s cardiac attack.

If it wasn’t for the fact these exercise sessions are undertaken in the presence of a cardiac nursing team, who monitor you heart rate and blood pressure throughout, I’d probably not attend today’s session. However, I need exercise to raise my heart rate, which’ll hopefully provide a catalyst to reducing my tiredness levels.

Consequently, I intend to participate in today’s rehab session in the re-assuring knowledge I’m working out in a National Health Service (NHS) controlled environment.

It’s a Catch 22 situation really – Yours truly potentially damned if I do, or damned if I don’t…… By damned I of course rather darkly mean dead. A situation I’m keen to avoid, especially only two days after spending a bloody fortune on, and expending lots of energy fitting, a new integrated fridge.

If I do pass away, I’m unsure whether my ultimate destination will be the hot place with the cloven-hoofed one. Or alternatively, whether my numerous acts of voluntary charity work will afford me redemption from recent secular leanings and immature overuse of the word flange. My ‘prize’ a place in heaven amongst the choir invisible.

The choral group written about in George Eliot’s poem ‘O May I Join The Choir Invisible‘. A work of prose during which the poet aspires to join the group’s heavenly ranks with locutions such as;-

Of those immortal dead who live again

In minds made better by their presence: live

In pulses stirr’d to generosity,

In deeds of daring rectitude, in scorn

For miserable aims that end with self,

In thoughts sublime that pierce the night like stars,

And with their mild persistence urge man’s search

Membership in this group, made up of “those immortal dead” who “live again” and are felt rather than observed, the after-life aspirations of the sonnets orator.

That being said, I’m not sure I’d want to be part of the immortal dead. Before committing to join that particular group I’d want re-assurances on the club’s edicts, such as finding out how much I’d be paying in subs, if they meet on a Wednesday when Corrie’s on and if the I’d be allowed to utilise the word flange.