Last week I wrote a narrative (Barbershop Strop) during which I spoke of childhood visits to James Thow’s barbershop on Low Fell, Gateshead. During which I broached the topic of my mum’s obsession with her offspring’s locks being well kempt; more specifically an insistence it didn’t lay longer than collar length.

My prose about 1970’s sojourns to the Geordie Vidal Sassoon touching upon how the maternal instructions to the barber pre-cut were always “His hair needs a right good cut!” A habitual catchphrase unwaveringly delivered in my mother’s no-nonsense Yorkshire dialect. 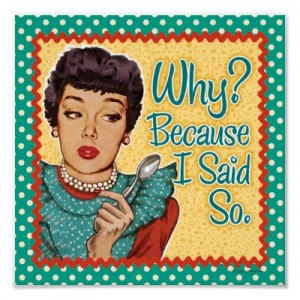 That being said, it wasn’t just the 1970’s when her OCD for tidy crops manifested itself. For as long as I can remember, the sight of a messy mullet, unkempt curtain hair, a poorly presented bouffant or a tousled chignon have been a bugbear of the Leeds lass. Even now one sight of neglectful male grooming ordinarily leads her to opining the culprit looks a “Right scruffy bleeder.”

Deeming that man is defined by first impressions, the necessity for tidy hair wasn’t just  drummed into my brother and me. In the late 1980’s/early 1990’s a tidy trim also became an essential requirement for our sister Helen’s boyfriends.

Should our youngest sibling bring home a “Right nice lad” with freshly shorn locks, newly shined shoes and a gift of M&S vouchers it was always looked on favourably by Mrs S. Ingratiating behaviour resulting in mater wanting to hurriedly book a wedding service at the local church; not to mention order the flowers and arrange for the banns to be read.

If my sister’s new suitors hair was a mess, and/or shoes were dirty our Helen had a real job on her hands talking mum (Maggie) around to accepting her choice of beau. If he’d forgotten the M&S vouchers my sister sent him packing, resigning herself to the fact the poor lad had burnt his bridges with the household matriarch. His securing of maternal acceptance sunk without trace.

As mentioned in Barbershop Strop, Ian and I were never allowed long hair when it was fashionable in the 1970’s. As soon as it reached collar length we were dragged for a trim at the Thow’s barbershop on Low Fell, Gateshead.

Thow’s a diminutive shop that somehow found space to house four barber’s chairs, along with a clutch of chairs designated for waiting customers. The patient few who sat awaiting a trim accompanied by the sound of Radio One, muffled barber/client chatter and the snipping of scissors.

Once I took the barber’s chair, mater would bark her catchphrase “His hair needs a right good cut!“ at the young long haired barber. Thankfully she spared Ian and my blushes by not adding “And here’s 50p to get yourself one, you untidy bugger!”…… A putdown unspoken; however there’s little doubt she was itching to convey the sentiments to the man with the scissors.

In the 1970’s having your haircut shorter than the most of the other lads was frustrating for our kid and me. It’s not that we didn’t fit in, we mixed well with lots of our peers , but our Ian and I couldn’t help ponder why Nidgy, Dinky, Stew, Rusty, Hannah et al were allowed flowing locks while we weren’t.

That being said, though, they were merely gripes of that time. Not something that scarred   me for life. Unlike the bloody wall outside the Ravensworth pub on which in 1972 I fell and cut my chin open. An injury that’s left a scar on my jawline that in my 50’s looks like moths have been devouring my beard!