On several occasions I’ve penned about my teenage/early 20’s cricketing days while playing at Gateshead Fell cricket club (GFCC). Examples of which can be read in the narratives GFCC Juniors – Class of ’80, Unreliable Tales From The Pavilion, The Crowd Went Wild!

Among these literary recollections I wrote fondly of the treble-winning GFCC under-18 team of 1980, captained by Neil Fraser. My comrades in arms, fighting alongside each other in the metaphorical trenches of Durham Senior League junior league fields, ultimately prevailing as league title victors and winners of both the Friarside and Tom Johnson cups.

Remissly, during the previous monologues relating to GFCC, I’ve neglected to mention the under-18 team of 1979, victors in both the Peacock Memorial Cup and Grosvenor Trophy finals. Not to mention the 1978 junior team led by Chris O’Brien, whose on-field exploits were the catalyst to a trinity of successful seasons for GFCC youngsters.

Several members of the successful class of ’80 side played in the 1978/79 cup winning teams, many of them only 15 years old at the time. Team members like Neil Fraser, Godfrey Keefe, Michael Healy, Tim Gray, Derek Johnson, John Hutchison, Brian Gray and yours truly. Cricketer who along with a clutch of 17 year olds like Chris O’Brien, Ally MacRae, Dave Horsley, Malcolm Rooney and Ken Rhodes sipped from the chalice of cup success…… Or was that sipped from the cup of chalice success?

Some tongue in cheek biographies of the treble winning team are included within GFCC Juniors – Class of ’80. To supplement those player profiles, below are a few parody insights into the character of the older lads from the 1978/79 teams:-

Chris O’Brien (COB) – Team captain during the 1978 season. A competitive stocky all-rounder who led the side from the front. Fair of hair and uncompromising of style he didn’t suffer fools gladly….. With a possible exception of me during my more immature days. Batting at four and sometime opening bowler, COB made numerous important contributions during the successful 1978 season. A cautious lad, to counter against potential dressing room subterfuge he carried out his team talk in Arabic. A strategy that successfully countered against opposition spying, but unsurprisingly completely flummoxed his own charges.

Ally MacRae – Diminutive opening batsmen. One of the few 1978 junior team members who’d unearthed the secret of handling schoolboy adolescence from a baseline of positivity. If memory served me correctly, he went on to work as a journalist as the Newcastle Evening Chronicle newspaper. A scholar of the English language, Ally effectively countered on-field sledging by picking up the opposition slip cordon on incorrect use of grammar. On June 9th 1978 he become the first GFCC player ever to utilise the word juxtaposition during a game. An accolade that won him a sapling oak tree and the freedom of Bert’s Pie Shop on Low Fell.

Malcolm Rooney – A towering quick bowler from Burnhopefield who joined the club at the same time as close neighbour Ally MacRae. Contributed with several wickets during the 1978 cup run. Tragically, when around the age of 18, Malcolm was involved in a car crash in which he sustained severe head and skeletal injuries. He wasn’t able to play again, but his dad would still regularly bring him to watch GFCC junior and senior games. I know it sounds obvious, but seeing Malcolm’s loss of physical and cognitive functioning following the accident was a truly saddening sight.

Ken Rhodes – Fast left-arm bowler. A class act as both a cricketer and person who, if I recall correctly, was educated privately by Cary Grant’s character from Hitchcock’s ‘To Catch A Thief’. Actually, I think I might have imagined that snippet so don’t quote me on that! Ken delivered the ball at such a rapid pace he overawed the majority of junior team cricketers. On one occasion leading to a young Horden batsman asking him if he’d bowl slow left arm instead of fast at him, or underarm. Along with Neil Fraser, the best pace bowler I saw during my time playing in the Durham Senior Junior League.

Dave Horsley – As a junior reporter for the Gateshead Post, Dave (or Scoop as he was also know) ensured maximum local paper coverage during our cup run. Funnily, enough though when he was too old for junior cricket we never got another chuffing mention!…. That’s despite GFCC juniors winning three trophies the season after he became ineligible.

A smashing lad, Scoop’s ruddy complexion gave him more the look of a farmer as opposed to a journo. However, his visage lied. Dave’s aspirations lay firmly in a career where he could aim for a Pulitzer Prize, not combine harvester induced hemorrhoids…… That being said, at times some of his batting could be described as agricultural!

Only kidding, Dave was a reliable number 4/5 batsmen, chipping in with many useful runs at both junior and senior level. His role as a journalist led me to advocate he start batting in a trilby with a ‘Press’ ticket stuck in the hat’s band. I also suggested taking his reporters writing pad onto the field to interview opposition batsmen after losing their wickets. For some unknown reason Scoop didn’t feel inclined to adopt my innovative epiphanies aimed at taking sports journalism into the new century.

Our ace Gateshead Post reporter had a look of former Ipswich Town and Sunderland footballer Eric Gates…… However, to the best of my knowledge it wasn’t him! 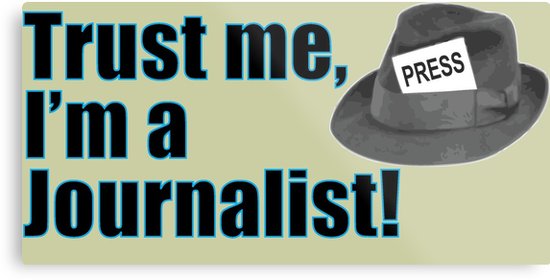