Scene – Outside a public house on Low Fell, Gateshead in 1982. A winter’s night when….. Actually, I’ll leave it to the sinister voice of Vincent Price to paint the picture……

“Darkness falls the land. The midnight hour is close at hand. Creatures crawl in search of blood, to terrorise the neighbourhood. Although you fight to stay alive, your body starts to shiver. But no mere mortal can resist a pint at the Jolly Miller.”

The above, just another winter’s night in early 80’s Low Fell, Gateshead. The Jolly Miller being the watering hole on the cusp of the housing estate where, at that time, I resided with my parents and siblings.

A pub I frequented on Sunday evenings around the time. An end of weekend routine which saw my dad and me brave a steep section of Cromer Avenue to sample the hostelries wares. A short odyssey on which we also braved the unhealthy looking characters in the car park. Pasty faced ghouls who thought nothing of intimidating punters with their synchronised choreography and questionable hygiene regimes.

I’ll always remember my old man’s usual farewell to my mum and younger siblings as we left our house on Dorchester Gardens. From the entrance hall, front door ajar, his parting shot was always “Me and Gary are off to The Jolly Miller for a quick pint, Marg!”.

She’d generally respond with a shout from the living room along the lines of “Enjoy yourselves, but be mindful of creatures in search of blood who are terrorising the neighbourhood!”

To be fair, though, we never experienced any issues of that nature on our Sunday sojourns to the pub owned by Scottish & Newcastle Breweries. The only time we witnessed things turning ugly was when Newcastle United striker Peter Beardsley popped in for a pint.

England international Beardsley was/is a lovely man and excellent footballer, but his facial aesthetics were/are such that comedian Frank Skinner once mused when the striker was on TV even Daleks would hide behind the settee.

I loved my Sunday night pint and natter with the old man in The Miller. We never had just a quick pint. We’d stay there until last orders which was signalled by:-

What always fascinated me when I spoke to my dad was his conversations always started from a baseline of positivity. Even if he did have a strong opinion on any of the eclectic topics we’d raise, it was always delivered in a calm and well thought out manner; without prejudice, spite or vitriol.

I learned many valuable lessons while imbibing those Sunday night beers in the early 1980’s. One being that my old man may not say a great deal, but when he did it was worth the wait. His ability to always try find the good in everyone could admittedly be wasted on some individuals. Something he’ll have known but still sought regardless.

Despite it being the nearest pub to my home at the time, I never drank in The Jolly Miller with mates or my girlfriend. My only visits there were with my dad and, later, my brother until I moved away from the north east at the age of 24.

Despite this narrow window of patronising our estate tavern, I remember the place not just for it’s taproom, but also as a young adult drinking in the company of my dad an invaluable classroom. 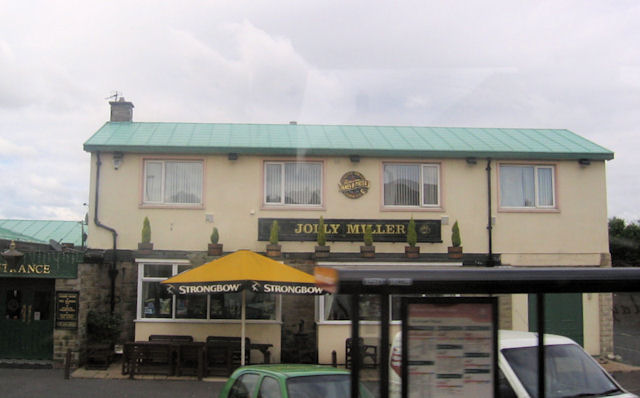