A 500 Worder With Cheese

It’s 08:28 am on Thursday 19th July – For the last twenty three minutes I’ve been gawping fecklessly at a blank Word document on my laptop screen. A creatively barren time where the document staring back forlornly, patiently awaiting a light bulb moment from GJ Strachan esq. An epiphany defiling it’s chaste canvas with thought provoking prose, erratic grammar and incorrect use of the word risible.

I’d planned to quill this morning’s piece from deep within the recesses of a local McDonalds restaurant. My aspirations, penning a McBlog cascading the sights and sounds accompanying yours truly when semi-enthusiastically relaying ideas to laptop.

Painting a picture for my reader of each cola induced belch, commentary of people fishing out gherkins from their Big Macs, along with news of the culinary delights ordered by the holder of ticket 73.

Unfortunately, due to unforeseen circumstances, (lethargy, procrastination and lethargy)*** I’ve chosen to write these musings at my dining room table. Consequently, this literary composition has ended up being a StracBlog, as opposed to the intended McBlog. 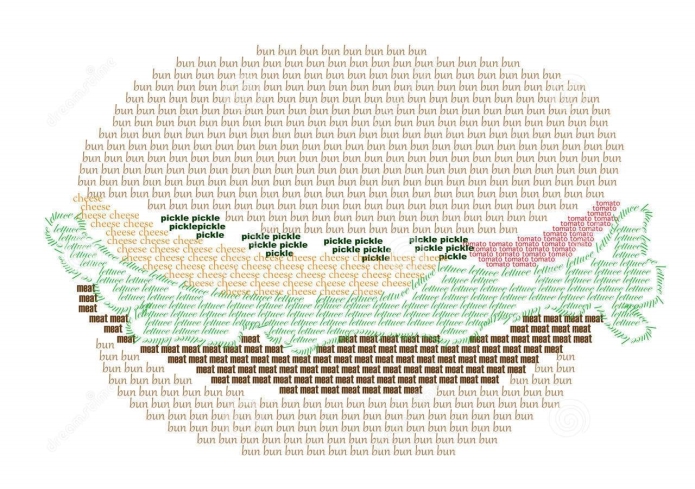 My wife Karen is sitting on our sofa around ten feet from where my lyrical is being waxed. As I watch her, she’s furiously tapping away at her mobile phone – No doubt ordering something ‘essential’ from Amazon online. A ‘just in case’ item such as a hundredweight of millet spray on the off chance we ever buy a budgie; or a hat for the TV.

Actually, I maybe being unnecessarily unfair to my spouse. She could be playing the new game she recently downloaded to her mobile device. An innovative software diversion challenging players to press on randomly appearing woodpecker emojis, before they disappear a second or so later. Other than this sporadic pressing of woodpecker emojis, there appears to be no other discernible elements to this game.

Apart from improving hand/eye co-ordination and user reflexes, the cynic in me remains baffled at the appeal of this idiosyncratic electronic entertainment.

Karen has now ceased aggressively tapping on her mobile device façade – A heavy-handedness causing her phone to yelp on impact. The laying down of said device indicates she’s either concluded the Amazon millet spray order, or the woodpecker emojis have disappeared to file Actual Bodily Harm (ABH) charges against her.

Although electronic games leave me cold, my little Durham lass has a penchant for playing these games. She’s frequently found participating on the numerous entertainment apps she’s downloaded on her phone. Her favourite, which she plays with alarming frequency, the banking app which allows her to transfer money from our joint account to her own sole product.

Incidentally, I’m joshing with regard to the banking app accusation above. Karen is a very frugal lady, in fact she’s really reined in her terrible habit of spending excessively on shoes……. She’s started stealing them!

As I write, the missus has gone upstairs. With her reticence to speak on her swift departure from the living room, I’m unsure why she felt the need to dash so speedily to the above floor.

Hopefully, it isn’t to escape from the silliness of the person whose just asked her “While shopping on aisle 7 in her local Waitrose, has your Sue (her sister) ever returned a missing watch to a Chinese gentleman?”…… I’m assuming from Karen’s silence, Sue must’ve kept the timepiece!