Yesterday, the grounds of Belvoir Castle proved to be convivial venue hosts for Mrs S and my evening entertainment.

Last night’s ‘intruders’ of the land at the base of the citadel’s hill, were a great deal more congenial than some of it’s previous visitors. Aggressors who since the 13th century had made numerous attempts to plunder the castle by force.

Subsequently, there weren’t any displays of the crowd attempting to gain entry to the fortress with tomfoolery…… That’s unless whining at a £51 family ticket cost for entrance is deemed as such. In which case, I did overheard one guy expressing to a steward that he thought access to the castle was a bit steep.

Saying that, though, I may have misinterpreted the context of his wittering. The reference to steepness of access potentially instead relating to the hill he’d just ascended to reach the entrance.

Any plans I had of avoiding paying for access to this east Midlands fortress ended after inadvertently leaving my Trojan horse on the drive of my West Yorkshire home. Consequently, I shelved my plan to traipse around the castle prior to the gig.

On the warm summer eventide, overrunning of the Duke of Rutland’s residence was the furthest thing from the audiences and my mind. Our only aim to be royally entertained for a few hours by the legendary balladeer and his crew. An objective comfortably achieved by Rodgers and Chic’s rousing performances of their impressive back catalogue of soul/R&B tunes.

The only downside to the evening was a post-show verbal joust with my missus as we left the grounds of Belvoir Castle. The catalyst of this minor tete-a-tete a consequence of what I deemed as her unreasonable expectations over a song omission.

While commencing toward the exit of our host’s land, the following verbal interaction occurred:-

Karen – “They were absolutely fantastic, Gary!….. The only complaint I have is they didn’t perform ‘I Can Make You Feel Good'”

Me – “How the hell would they know it was your favourite song?….. And even if they did, they still wouldn’t play it. Their set is a well rehearsed pre-ordained list of hit songs…. Chic aren’t providing a flaming request show for any song an audience member likes, regardless of who the artist is!”

Karen – “Well they need to address their procedures for choosing what gets included in their set-list. Nile Rodgers should embrace the fact fans have favourite tunes. Adapting the band’s running order accordingly.”

Me – “Are you seriously suggesting that Chic should play fans requests, even if they’ve had absolutely no input into the song’s creative process?”

Karen – “You’d feel the same if you went to a Paul Weller gig and he didn’t play ‘Town Called Malice’, Gary.”

Me – “That’s a completely different scenario. Weller wrote and played that particular anthem, whereas Nile Rodgers has no connection to Shalamar’s ‘I Can Make You Feel Good’…….. Anyhow, I’ve been to a few Weller gigs where he didn’t perform ‘Town Called Malice’, and it didn’t overly bother me.

Karen (determined to provide the concluding verbal offering) – “You say that now, but the proof of the pudding is in the music, my fickle friend!”

Having no idea what that meant, along with not wishing to continue this nonsense for any more of our 80 mile trip home, I turned on the car radio. Spookily we were greeted by Shalamar’s ‘I Can Make You Feel Good’, followed by The Jam blasting out their upbeat anthem ‘Town Called Malice’.

Parking on the drive, I disembarked from my drivers seat feeling battle weary. However, it turned out to be a short lived drowsiness, the result of an adrenaline surge on realising someone had pinched the Trojan horse while we were out! 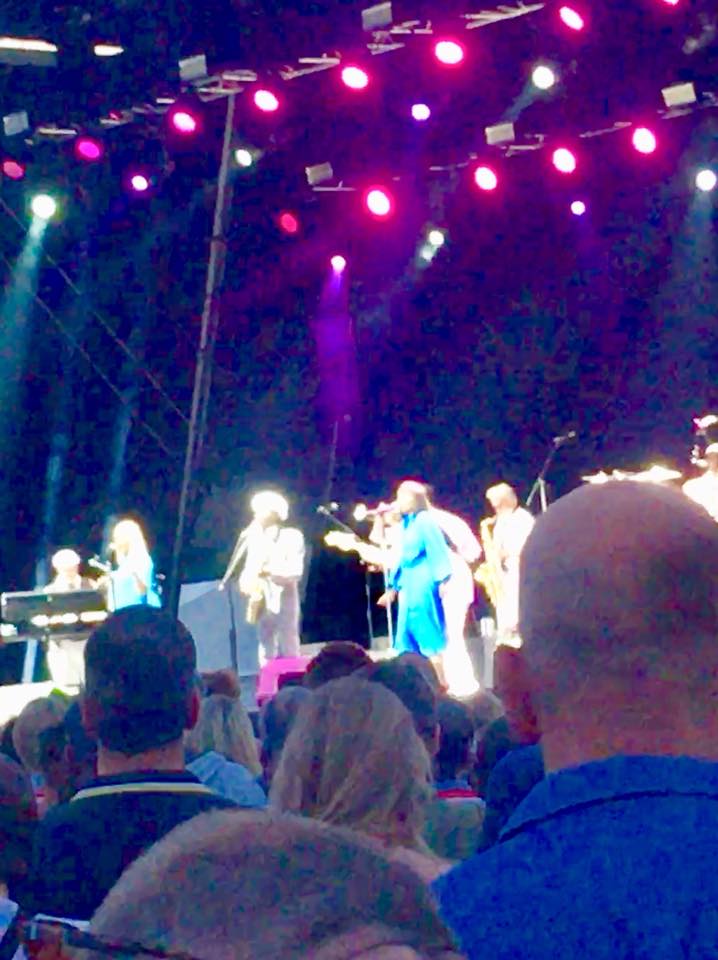