The aging process – Bosom buddy of cosmetic surgeons, bezzie mate with manufacturers of anti-aging products and inseparable amigo of the pharmaceutical industry. A nemesis, though, capable of imparting wisdom and highlighting coping mechanisms to improve the lot of the rudderless and disenfranchised.

Unless you’re Benjamin Button, the process is an unavoidable existential companion to whom we are all shackled.

Even though I’d like to think I ordinarily exhibit non middle-age behaviour, yesterday afternoon I was blindsided to such an extent it became apparent I’m not fooling anyone. This an unwelcome awareness I now sit firmly entrenched in middle-age. A realisation borne from a sentence no self-respecting person between the age of 45-55 should ever utter.

My ill-thought out comment delivered upon viewing a childhood photograph of my brother Ian and me.

This faded chromatic moment was captured in front of our Gateshead home by our old man’s box camera, circa 1970. My younger sibling and yours truly’s still shot showing the two of us posing in the background of the photo – It’s foreground graced by the front garden of our three-bedroomed semi-detached home in Dorchester Gardens, Low Fell.

The picture in question is just one from scores of old photographs I’d found in our mother’s garage a few months ago. The photos in question are still life recordings of over 90+ years of family history that through procrastination, tardiness and forgetting I’d brought them back to my humble abode, remained dumped in my garage. Here they’d spent weeks being as callously ignored as they’d been at my mum’s.

The mixture of monochrome and chromatic memories weren’t intentionally neglected, moreover overlooked due to being out of sight. As the famous old adage advocates ‘out of sight, you’ll forget to look at your family photos of yore’…… Or was the latter ‘out of mind’?…… Best check up on that during the post draft edit.

Anyhow, back to the one innocent sentence that unequivocally confirmed my thought processes had morphed into those of a middle-aged man. Whilst viewing the photograph alluded to above, without forethought, I announced in an unforgivably excitable fashion to my missus:-

“As a kid, I’d never noticed how impressive the dahlias in the front garden of my childhood home were, Karen.”

After a comment like that there’s no going back, especially when delivered with such unjustifiable enthusiasm. The deeply troubled Gary Strachan of a few years ago would’ve completely disowned the contemporary model for uttering a remark of such middle-agedness.

The 2014 version of Gary Strachan, riddled with stress, cynicism, bitterness and anger at his lot in life would’ve berated his 2018 version’s comment with something akin to:-

“Why the bloody hell would we have noticed how magnificent dad’s dahlias were as a kid. We’d absolutely no interest in horticulture then, and I still don’t, it’s you who lets the side down with your wannabe Monty Don displays……. Anyhow, I’d put money on back then our Ian would’ve knocked the flower heads off with a football shortly after that picture was taken!”

Mercifully, the 2014 Gary Strachan is no longer given a platform to spout negativity to the 2018 incumbent. Although, as much as I disapprove of the old GS’s demeanour and behaviour, I’d have to admit the model from four years ago would’ve had a point!……. Pull yourself together, Strachan!!…… Think about it son!! 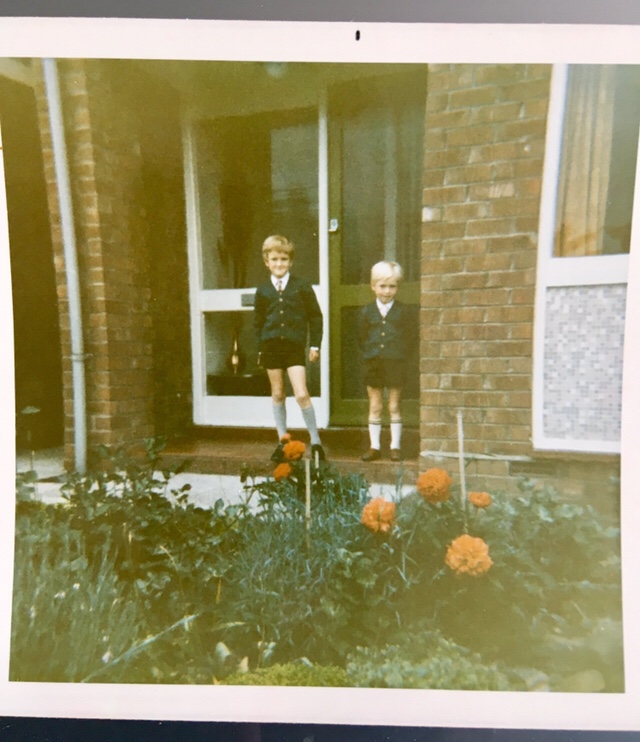