As football fever grips the largest country in the United Kingdom, we English can’t get enough of player profiles and biographical history of our newly acquired heroes.

Conscious of this increase in the public’s fascination with footy, social and conventional media channels have been helpfully filling knowledge voids relating to the England squad members.

Examples of which include digging up quotes from old schoolmates of young goalkeeper Jordan Pickford, along with highlighting that captain Harry Kane is 168 years old in dog years. Not to mention, pointing out that defender Trent Alexander-Arnold’s surname isn’t too dissimilar to Pointless TV presenter Alexander Armstrong.

Other asinine ‘gems’ of information highlighted by excitable onlookers included:- The proffering that if legendary US singer/songwriter Nile Rodgers had have been in the England team, three large rivers (Trent, Jordan and Nile) would have been represented within the squad’s Christian names…… Although to be honest, if Nile was amongst the starting eleven we probably wouldn’t have been among the last four in the tournament, meaning the tenuous link to river names probably would never have materialised.

Additionally, through the thoughtfulness of an Eric Dier fan on Twitter, we now have confirmation the midfielder has never seen the 1970’s US safari drama ‘Daktari’. The fan attempted to rectify this existential omission by posting Dier a boxset of episodes showing the escapades of Clarence the cross eyed lion and chums. However it was sent back ‘Return to Sender – Address Unknown’. 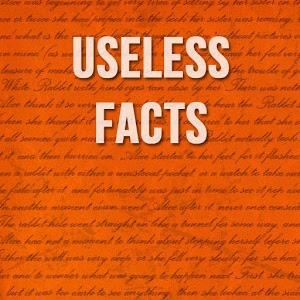 I’m all for an interesting and informative lifestyle tit-bits about the men who are representing our national side so sterlingly (ironically apart from Raheem) in Russia. However, is an old schoolboy friend revealing during childhood Harry Kane was ‘good at football’ a disclosure really worth airing?…… I’ve never met the seemingly affable Tottenham striker, but even I could have made an educated guess at that pearl of wisdom.

It seems pretty obvious to me the England captain would’ve been a half-decent exponent of our national game as a nipper. If the schoolfriend had have revealed that “H was absolutely s***e at football as a kid, but after getting an old pair of boots once belonging to 1970s Spurs legend Martin Chivers, we just couldn’t get the ball off him.” then that would have been a revelation worth hearing.

Does the social media divulgence that Rueben Loftus-Cheek ‘sometimes gets startled’ if someone unexpectedly jumps out of a wardrobe at him really that surprising, or indeed interesting? Is it worth even mentioning that in colder weather manager Gareth Southgate would be standing on the touchline wearing a coat, as opposed to his trademark waistcoat?

I know it’s the public’s interest in gossip and an ingrained need to know pointless tat that predominantly drives some of the insipid inanity. However, do us a favour social media aficionados and old buddies of our new heroes, give us a story that isn’t bleeding obvious, and/or uninteresting.

Anyhow, I must dash, I’ve loads of ‘Daktari’ episodes to catch up on….. I’ll forward them on when I’ve finished watching them, Jordan Henderson.