With only a few hours of waiting to see if history will be made, excitement levels in England’s high streets, offices, homes and off-licences are at an almost unprecedented level.

Displays of giddiness I’ve not witnessed since last year when an acquaintance heard he’d won TV chef Gordon Ramsay’s swear box in a raffle. Consequently there’s a buzz of anticipation and joy not oft seen on a Wednesday afternoon amongst the nation’s avenues and alleyways…… Unless you get paid or your work shift pattern ends on a Wednesday. Or, indeed, your in the Wednesday Club and you’ve exciting news to share with your fellow networkers.

Certain in my own mind it wouldn’t exist, I fictionalised the Wednesday Club above, with the intention of quipping the society met every other Thursday, or evenings where you can see a full moon from the West Bromich municipal swimming pool car park.

However, I’ve just searched online and found a Wednesday Club actually does exist! Evidently it’s a networking group for businesswomen who rendezvous bi-monthly in Worcestershire to support local business.

West Bromich isn’t too far from Worcester – What an amazing coincidence it’d be if club members journeyed north to utilise the West Bromich municipal swimming facilities..… Actually, not only is that unlikely, but even if it happened I suspect it still wouldn’t secure a spot on Central TV’s local magazine show ‘Coincidental Occurrences in West Midlands Leisure Facilities’.

Anyhow, back to this evenings excitement, which is to be broadcast on terrestrial TV.

Today, just before dusk, we’ll learn if Holby City’s Roxanna takes up the option to create history by being the first Holby surgeon to undertake stem cell trials on a patient. She is torn though by the ethics of the procedure and could turn her back on the opportunity.

Nothing produces as much tension within the English psyche than awaiting a pre-op decision by a fictional neurosurgeon in a soap drama storyline.

As we countdown the hours to it’s broadcast, anticipation levels will heighten. For instance, as I write impatient Holby fan Churtle Mexborough from Stoke will be ironing his Professor Gaskell onesie with an unsteady hand. Not to mention, wondering why his fridge magnet adorning surgeon Jac Naylor keeps sticking to his hand, which as far as he’s aware is none metallic.

Of course, the anticipation and excitement we English currently exhibit isn’t down to the outcome of a moral dilemma on a popular BBC1 drama. I was trying to impart whimsy with my build up above. Clearly, the nation’s expectancy is down to the fact this evening England footballers are participating in a World Cup semi-final against Croatia.

I was going to create my own prose of inspiration in honour of the England lad’s before  tonight’s game. However, the best I could come up with was the insipid limerick:- ‘There was a captain called Harry. Whose name rhymed with Gary. It didn’t rhyme will Bill. Nor Edward or Phil, Matters not though, the World Cup he’ll carry.’

With this weak sonnet in mind, instead I’ll leave with part of the stirring ‘Cry God for Harry….’ speech from Henry V courtesy of the bard of Stratford-upon-Avon’s quill:-

“……..And you, good yeoman,
Whose limbs were made in England, show us here
The mettle of your pasture; let us swear
That you are worth your breeding; which I doubt not;
For there is none of you so mean and base,
That hath not noble lustre in your eyes.
I see you stand like greyhounds in the slips,
Straining upon the start. The game’s afoot:
Follow your spirit, and upon this charge
Cry ‘God for Harry, England, and Saint George!’ 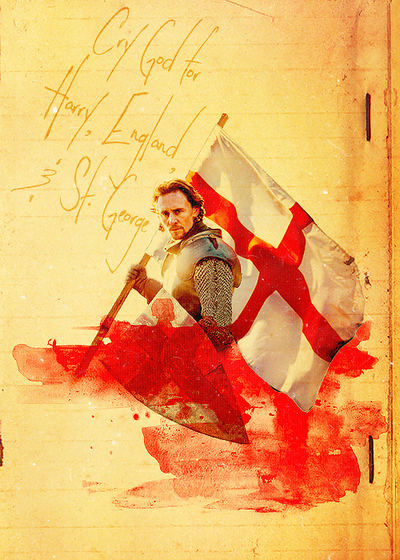