A splendid brunch, thought provoking works of sculpted art, along with the aesthetically pleasing amalgam of nature’s autumnal colour variations, were amongst yesterday’s compatriots. This gratifying trinity of gifts bequeathed to my wife and I during a sojourn to the Yorkshire Sculpture Park, on the outskirts of Wakefield.

Fairly recently I concluded that I’ve not given modern art the appreciation it deserves. My opinions formed on the misconception that during formation these creations show far less artist skill in comparison to more traditional compositions.

In my naivety, I didn’t possess an understanding that art isn’t solely about the artists physical effort during the pieces creation. I misguidedly never factored into my critique the artist’s message. The fundamentals of what he/she is attempting to convey with their work.

Not only that, but now when viewing a piece of non-traditional art I also take into account the message I take from exposure to it. Including, mulling over whether I’ve interpreted the meaning as it’s creator intended. 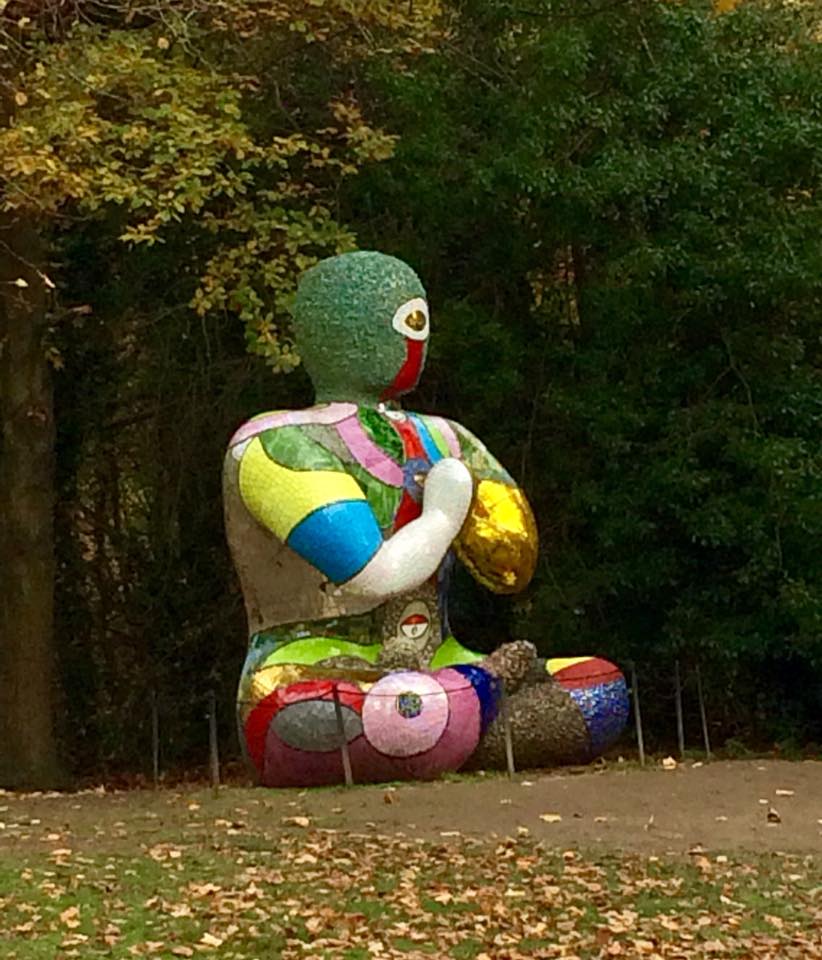 My new slant on modern artistic creations is the consequence of feedback relating to poems I penned earlier this year. Unlike the random inanity in my blogs, they were serious pieces created in quite a cryptic format. Prose that required greater analysis by it’s reader if they sought to understand what I was attempting to elucidate.

On more than one occasion, I received feedback from the readers of the prose advising of how they interpreted the sonnet’s meaning. On some occasions their understanding of my words were at odds to the message I was actually attempting to portray.

Despite their misinterpretation of my intended denotation, they conveyed an admiration of the poem(s), which I found gratifying. More importantly, though, it dawned on me that degree of difficulty shouldn’t be the only marker taken into account when judging somebody’s art.

It’s what the reader/witness take from their exposure to the work that’s also a key element in deciding it’s merits as a creative piece. If somebody takes something positive from your toil, is it really that important if they misinterpret what you’re trying to convey?

There are those who would argue that if the viewer cannot interpret the creator’s message then the work produced can’t be that accomplished. I’d agree with that to some extent for more traditional art forms.

However what has taken me half a century to realise is that all modern art isn’t detritus (as I formerly thought), it just makes the viewer work that bit harder to grasp it’s meaning. If they misinterpret the content, so what, as long as it moved them on some level, is it not job done for it’s creator?!

“What a heap of pretentious bollocks, Gary! ……What do you know about the artistic integrity of sculptures and paintings” I hear you cry.  And you’d be right, as I’ve very little insight into the world of the art forms alluded to above.

The sole objective of this narrative is to merely relay how I now ‘get’ modern, art after decades of denigrating it. Now recognising the validity, insight, beauty and integrity of non-traditional formats of creativity.

Actually, you were right first time……. “What a heap of pretentious bollocks, Gary!”