Yesterday afternoon, I started the unenviable task of tidying our garage. A tedious job that included the cleaning out of my toolbox, sorting screws into comparable sizes and pondering why, during my 29 year marriage, I’d gone to the unnecessary expense of purchasing two of every tool.

Amongst the emotional re-acquaintances I made sorting my toolbox, I was reunited with dust and wood shavings from when we lived in Bedfordshire over 21 years ago. Not to mention finding scores of white plastic fragments, remnants of a space shuttle I’d built for my son Jonny, in 1998.

Building the shuttle took months of hard work, not to mention weeks of hoarding the raw material of white plastic. On completion of the project, I liked to think the finished craft bore uncanny forensic accuracy to the real ships constructed by NASA…… Apart from my replica build incorporating an empty washing up liquid bottle as a steering mechanism, an omission on the original craft. 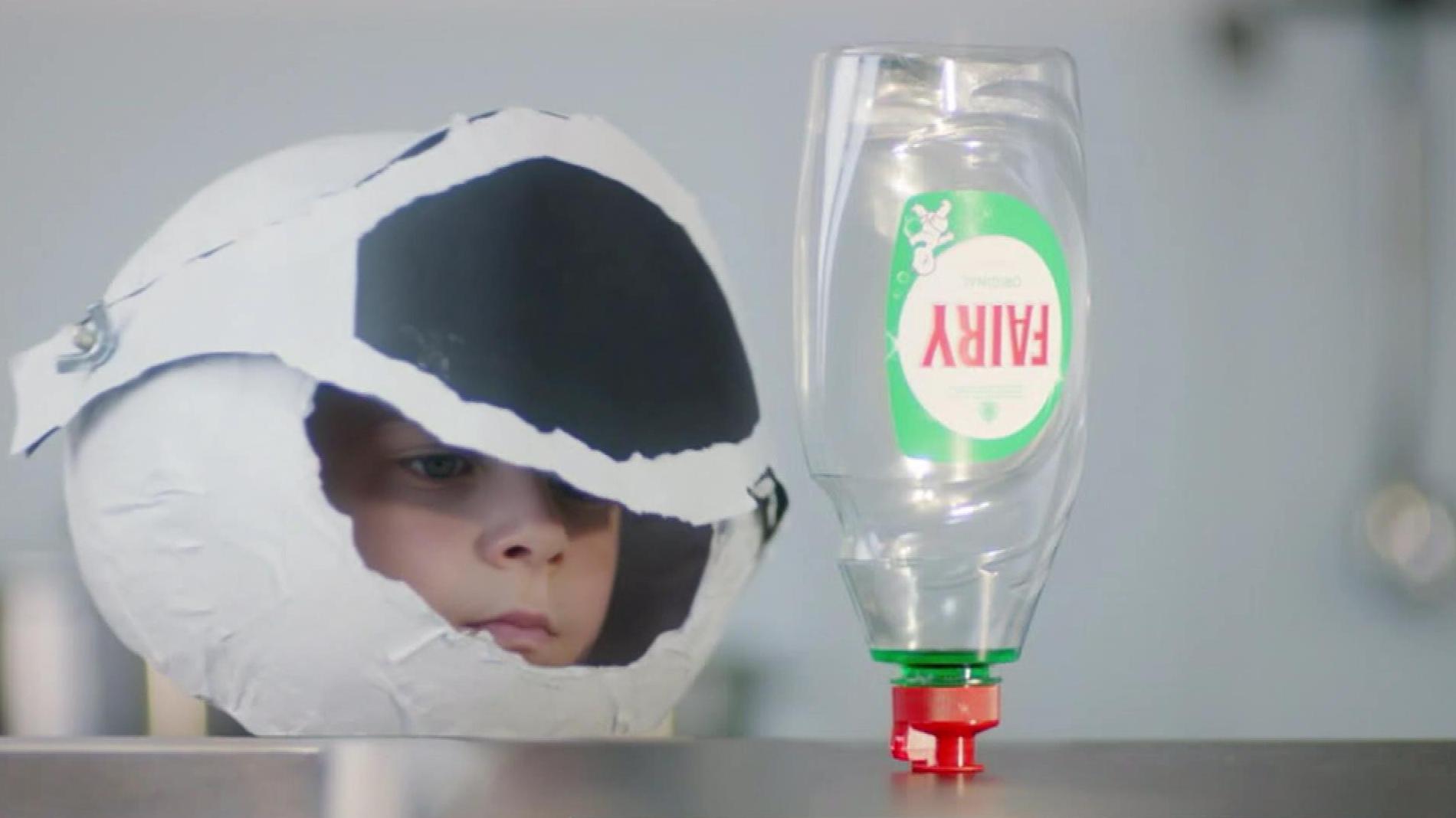 Unfortunately, Jonny wasn’t very appreciative of the finished construction work. In particular, he seemed put out that his space shuttle couldn’t fly like the one’s he’d seen on the TV. Leading to the following verbal exchange:-

“Jamie’s dad built him a space ship that actually flies!” my offspring commented on his inaugural viewing of my endeavours.

“No he didn’t!….. Jamie’s dad made him a kite……. This astronaut transportation vehicle is far cooler!” I countered, trying to cajole some enthusiasm into my 8 year old son.

“You’ve made the steering wheel out of an empty fairy liquid bottle!” my boy grumbled.

“I know, so is the door frame and the sprocket oscillation unit. I’ve also used around 40 empty margarine cartons for the body work and a 100 barren yoghurt pots for the dashboard” I responded, disappointed at young Jonny’s apparent lack of gratitude.

“It’s one of those!” I responded, pointing at a white plastic vessel glued onto the under-carriage of my construction.

“What does it do, dad?” enquired the wee fella.

“Nothing, it’s only a plastic washing up bottle.” I retorted.

“No I mean on the real space shuttle.” my lad clarified.

At this point I had to quickly think on my feet as I’d made up the functional part called a sprocket oscillation unit.

“Errrrrr …… It’s for stopping the shuttle’s sprockets oscillating when they re-enter the Earth’s atmosphere!” I lied unconvincingly.

“Why didn’t you just use the materials they build the real shuttles with, instead of plastic?” my son then queried.

“Because the real material is designed to withstand the heat generated by travelling at 1,000’s of miles per hour and the craft’s re-entry into Earth……. You have no requirement for that.” I responded with growing despair at my young child’s ungratefulness.

“I know I didn’t need the heat-resistant skin, but it’d have looked much better than that plastic effort!” Jonny proffered precociously.

“For a start off, the real shuttle construction material costs millions of £’s…… And to be quite blunt my arse isn’t studded with diamonds!” I tersely replied to my boy.

“Could you not just re-mortgage the house?” the boy fair of hair questioned.

“I could, but that wouldn’t come anywhere near the amount of money I’d need to build a real space shuttle!” I responded agitatedly…… Not to mention, surprised to learn my 8 year old knew what a re-mortgage was.

“So you’re saying I’m stuck with this plastic thing, because you’re too tight with your money, dad?” chirped the boy cheekily.

Prior to him adding:- “Toby’s dad, is far more resourceful than you. He made Toby a Mysteron last week!”

“You can’t make a Mysteron! They are light circles that backlight walls!……. Shining a torch on an emulsion canvas can barely be classed as resourceful!” I countered, getting evermore annoyed at the cheeky little bleeder…… Also, mulling over who the hell had taught him the word resourceful?!

“Well go and live with Toby’s family. You can fly back here in your space shuttle every Wednesday for tea!” I sarcastically retorted.

Conscious at this point I was starting to display the behaviour of a young child myself, I attempted to make conciliatory steps by informing Jonny “Look, I’ll amend the shuttle to your specifications, but only within my budget. What can I change to make you like it more?”

My 8 year old boy pondered for a while, before responding “Can you build me a kite  instead, dad?”