The ‘On This Day’ app on Facebook has just kindly reminded me that this time last year I was stuck in Derbyshire awaiting a recovery vehicle. My car rendered undriveable by a wheel bearing fault.

In the car was my father of 50+ years, an overnight case of two years and 5kg of wine gums purchased around two days ago. We’d both been in good spirits as we commenced our sojourn to Birmingham an hour or so earlier; our destination Edgbaston cricket ground for the T20 Blast finals day.

With his beloved Yorkshire amongst the four teams participating, pater’s disposition was one of excitement, apprehension and the knowledge at some point he’d get terrible indigestion from eating too many wine gums.

As we headed out of my parent’s street, the ladies from his local bowling enthusiastically waved him off. Their exuberance making it seem as though my modest car was part of a battleship Armada slowly leaving Portsmouth harbour for war.

One of his harem, Elsie, was particularly belligerent with her goodbyes; even going as far as having a t-shirt printed specially to bid him a bon voyage. Actually, if truth be told, she couldn’t afford a bespoke shirt, meaing Elsie adorned a t-shirt with the breast motif of ‘Atkinson’s Cheese Emporium’ (a dairy shop utopia where her son works).

On passing Mrs Grindstone and Elsie raucously shouting support for their county (well Elsie was) it became apparent Mrs G had also made a special effort with her attire in which to wave my dad bon voyage. I’m not certain if the garment was bespoke, but I am certain she is the only person I’ve ever seen adorning a ‘Beat those southern b*****ds’ t-shirt. 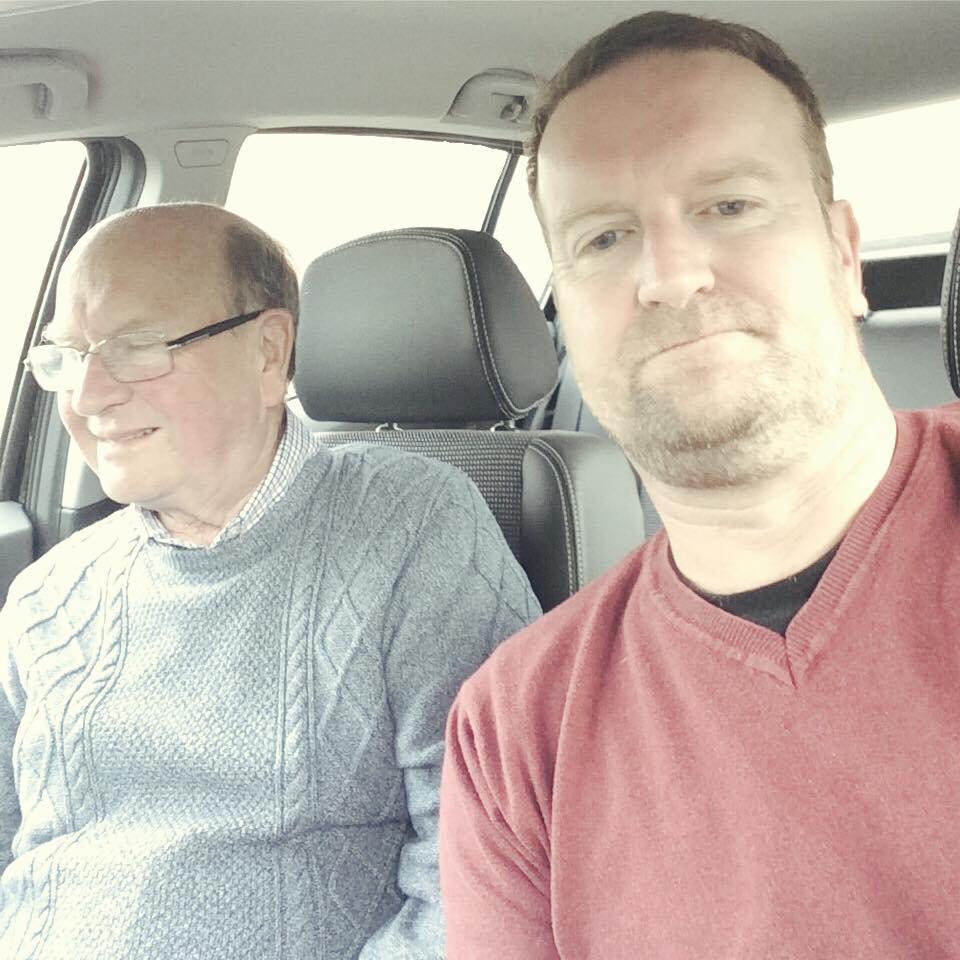 As we joined the M1 motorway driving south, I enquired of my dad if he’d seen what was written on Mrs G’s shirt, to which he answered:-

Me – “Yeah, but going outside in a t-shirt like that is quite inflammatory. Do you not think?”

Dad (unenthusiastically) – “I suppose it’s a bit confrontational for a 81 year old woman.”

Me (baffled) – “I don’t think the age is the issue here, dad!……. That t-shirt is inappropriate to wear at any age!”

Dad (unmoved) – “She’s got another one that says ‘Starve a Jock. Hide their deep fat fryer!”

Me (surprised) – “I didn’t realise old Mrs Grindstone was so intolerant!….. By the way, what’s her first name, dad? I’ve never heard her addressed as anything but Mrs Grindstone.”

Me (attempting to clarify) – “No I mean her Christian name, you berk!”

Me (incredulously) – “So what you’re saying is that she is called Miss Mrs Grindstone?”

Dad (put out I questioned his integrity) – “Honestly, Mrs is her Christian name! Her parents were real eccentrics. Mrs G’s sister was baptised Right Reverend.”

Me (sceptically) – “So her sister is Miss Right Reverend Grindstone?”

Dad (with stony face) – “No she got married to Arthur Archdeacon in the late 1950’s.

Me (incredulously) – “So since the late 1950’s her sister has been Mrs Right Reverend Archdeacon?”

Dad (getting irritated at being doubted) – “Yes!”

My father didn’t respond to my accusation, he just grinned as he sat silently. This diplomatic silence remained unbroken until we passed into Derbyshire, when the wheel bearings on the rear passenger side stared grinding. I parked up at a hotel just off the M1, using my mobile phone to call for a recovery vehicle.

After an hour the recovery vehicle arrived. I jumped from the drivers seat to the surprise of being greeted by a mechanic in a ‘Beat those southern b*****ds’ t-shirt…….. “Right then chief, what seems to be the problem.”