It’s the last day of the year 2016. A twelve months that saw a Brexit vote, Donald Trump become the USA’s president elect, the grim reaper claiming an inordinate number of celebrities and the barely unexpected England team’s abject performance in this summer’s European Football Championships.

The above just a soupcon of incidents in 2016 incurring the wrath of millions, making it an ‘annus horribilis’ for many who won’t remember this last year with any fondness.

Additionally, it was a year highlighting that for some, in our self-entitled times, democracy is only applicable in free elections if their voting choice prevails as victor.

I may not agree with the results of the Brexit referendum or what the distasteful US presidential campaign says about humanity, but (ignoring claims of Russian interference in the US vote) I accept it was done democratically….. A privilege deprived to many worldwide.

From a personal perspective, it’s been a mixed year for Gary J Strachan esq. On the positive side, there’s been uplifting events such as my son getting engaged to his charming girlfriend, me undertaking several voluntary collections for charity, maintaining the discipline of penning a daily blog and the continued stability of my wife Karen’s tumours. Not forgetting agreeable trips to Minorca, Chester and Ambleside.

On the negative side, Karen’s many days of feeling unwell and fleeting pains, not to mention hours at hospitals, the result of her rancid illness. This exacerbated further by the diagnosis of my dad’s incurable illness in November.

I don’t normally do much on New Years Eve, unlike during my formative years when my family celebrated the dawning of a new year with gusto….. Gusto was a nice enough bloke, although not a pleasant drunk.

Growing up, my parents tended to have a house party to see in the New Year. In the more neighbourly 1970’s, there seemed a keenness in the communities of the north east of England to celebrate Hogmanay in the style of their close Scottish cousins.

The party would start back at our modest three bed semi-detached home at pub kicking out time. Officially commencing when Jimmy (a Scottish neighbour) had blessed the whisky! If truth be told, it wasn’t exactly blessing the whisky more him getting to the bottle first.

He’d follow this by singing ‘Auld Lang Syne’ under the influence, prior to drunkenly crashing into our record player mid-song! 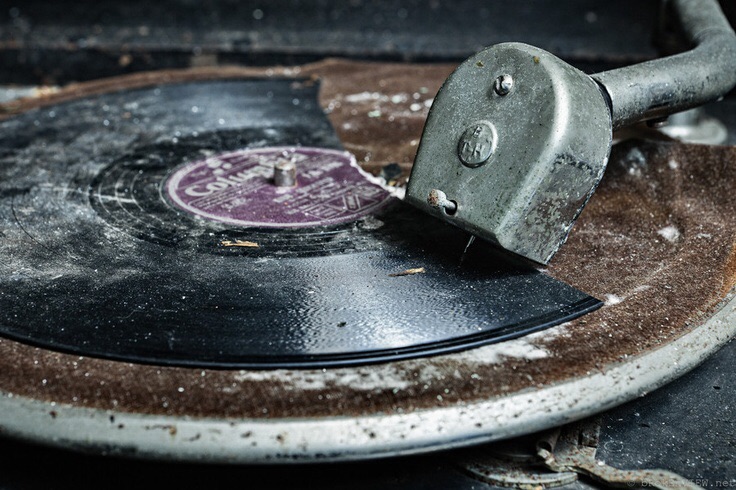 My parents didn’t always use a record player for the party entertainment. One year, to make the music harder for Jimmy to unintentionally sabotage, it was provided by my cassette recorder.

I’ll remember that first tape recorder with fondness. It was silver of colour and given to me by my grandad Strachan in the mid 1970’s! It had the quirky anomaly of the recording alignment being awry, meaning you could only record on one side.

Due to it requiring recalibration, if you flipped a recording over, the tape played the music backwards!!

It was bizarre to listen to and meant I had to spend double on cassettes. However, on the plus side, I did learn how to sing the Don McClean classic American Pie backwards!….. I’m sure it’ll come in handy one day!

Strangely, Jimmy became more eloquent and lucid when he joined in with the lyrics being played in retroversion!

As we got older my younger brother Ian and I were given permission to stay up later with pop and crisps to ‘see in’ the new year. It was an intriguing introduction to people watching for the two of us, as we absorbed the behaviour of normally placid family friends under the influence of alcohol.

I’ve not experienced that New Years Eve community spirit since leaving the north east in the 1980’s. To be honest, I’m not sure if it even exists anymore….. I suspect not.

My wife lived a few miles away in a town called Birtley. She remembers the 1970’s as a time of fear; especially if her mum’s hit man business was struggling. Karen recalls ‘The Great Birtley Bullet Shortage’ of 1978 as a particularly bad time in her parents home!

I didn’t know her in the 1970’s, but her dad claims his occupation at the time was collecting protection money for lobsters! I think he means mobsters, as I’m not aware of Birtley’s organised crime being fronted by crustaceans in that decade….. That came later in the 1990’s!

Going back to the tale of our parents New Years Eve party’s, in our mid teens brother Ian and I would be allowed a beer as an accompaniment to watching the gradual intoxication of neighbours.

On occasion, we’d have our TV switched on to watch Scottish singer Andy Stewart’s Hogmanay show. It was a rented TV, which my dad secured at a cheaper monthly rate as it came with a sponsors logo.

The picture on it was quite good, however, having ‘Rediffusion TV’s’ emblazoned over the screen did spoil the viewing experience a tad!

At midnight, as inebriated Geordie’s and Scot’s raucously introduced us to the words ‘Bllllaaarrgh’ and ‘Waaaahhhheeeeyyyyy!’, Ian and I would clashed our cans of Skol lager and wish each other a ‘Happy New Year’.

As we sipped our gassy beverages, we’d half watch the likes of Moira Anderson sing with fellow Scot Kenneth McKellar on the TV. Well, that is until Jimmy knocked over the TV.

I recall there was a superstition that the first visitor to your home in the new year, or ‘first foot’, should arrive with a piece of coal for luck. However, as everyone in the street had gas central heating coal wasn’t readily available, so instead people would turn up with their gas bills!

They were good nights of celebration which tended to end around 3am, or when Jimmy had broken all entertainment channels within the house. Whichever occurred the sooner!

To close my final blog of 2016, I want to say thank you for taking the time to read my ramblings this year. Hopefully, you’ll stay with them next year!