Yesterday, I was talking to a family member who told me that their new years resolution was to stop smoking. It was a bit of a surprise as I’d not realised my 10 year old nephew was a smoker, but credit to the kid for trying to break the habit.

That was only a joke by the way………. My nephew told me there is no way he’s going to abstain from his regular nicotine fix.

I admire anyone who attempts to break addictions. Be that smoking, drinking or (for most of the last decade) Leeds United’s habit of losing to lower league teams in the FA Cup.  I appreciate the levels of discipline, hard work and will power required by the abstainee.

Writing about quitting smoking reminds me of a conversation I had with an ex-work colleague a few years back. At the time he was tenaciously trying to quit cigarettes, which involved using a nicotine spray to ease his cravings.

He had mixed results with this stop smoking strategy. The spray didn’t cure his desire for a cig, it just caused him to sneeze repeatedly. It did briefly stop him smoking, though, as he kept sneezing the cig out of his mouth. 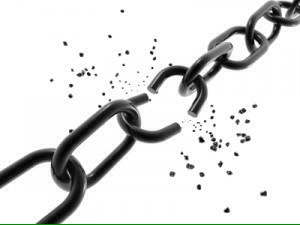 I’ve never smoked, mainly due to the fact I used to hate it when I was a kid in the 1960’s/70’s, when most adults seemed to chain smoke. I recall finding big ashtrays full of cigarette butts particularly unsightly, especially if on a table near food.

My mum smoked, although only about 5-10 per day. My dad never did as he wasn’t keen on the habit. As an alternative relaxation strategy he’d shout the word “bollocks” every 15 minutes. It made him sound as though he had tourettes, but he argued it was healthier than the dreaded weed!

Not that most people knew the full extent of the dangers of smoking in those days. Advertising tobacco products was allowed then in the UK and their risks to your health weren’t alluded to a a widespread scale. Instead, we were subject to sales pitches glamorising smoking as something cool. In those days, slogans such as “It’s more relaxing than shouting bollocks every 15 minutes.” regularly adorned TV, magazines and billboards.

It has to be said that my dislike of smoking paled into insignificance compared to that of my brother Ian. If my mum lit up he would go upstairs. If she started smoking he’d do the same. We never found out how mum lit up, but on the plus side her ‘skill’ saved a fortune on light bulbs.

I don’t want this blog to be judgemental. People know the risks of smoking through improved education. It’s certainly not for me to tell them what to do.

I have habits that plenty of people won’t approve of. I drink alcohol and, like my dad, regularly shout “bollocks” every 15 minutes to relieve stress. For much of the previous decade, it would be more like every 5 minutes during Leeds United FA Cup games.

From today, I will be on the waggon from drinking alcohol for the remainder of January. I’m not undertaking this for charity, unless the Gary Strachan’s Liver Preservation Society counts as a charitable cause. My abstinence is purely for health reasons after over-indulging in the festive period.

Hopefully, a months sobriety shouldn’t be too hard to achieve. To be honest, though, I’m relieved there are only four days in January….. Isn’t there?!