Fifty three years ago today the late morning Leeds sky was festooned with storm clouds. They had gathered with intent above the aging buildings of the Hyde Terrace maternity hospital.

What that intent was no one who was around that day knows, but there was something unnerving in the air. It hung over the city like the Sword of Damocles, causing uncertainty and subliminal thoughts of “Bloody hell it’s going to pee it down any minute!”

This anxiety started when a soothsayer who’d grown tired of saying sooth instead told readers “Beware of the arrival of the boy who shall live without identity…… And also the step outside Schofields entrance as I nearly went arse over elbow on it yesterday!”

The days meteorological conditions, which greeted the inhabitants of the West Yorkshire city built on wool and engineering industry during the Industrial Revolution, were grim.

However, it made a welcome change from the previous months heavy snow experienced during the worst winter weather for around 40 years. 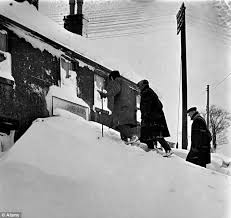 Accompanying this dark satanic vision was the thunderous roar of a man’s stomach as he nervously paced the polished lino of the maternity waiting room floor.

His apprehension was born of the fact he might miss the ‘Happy Hour’ at the Woodcock pub in Farnley, if his first child didn’t put in an appearance soon. Not to mention he’d skipped breakfast as he couldn’t find the kitchen that morning in his state of disorientation. 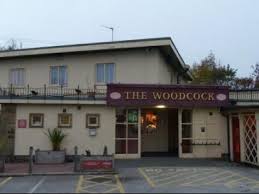 Meanwhile, his wife who’d given birth to a son but had advised the midwife not to tell her husband in the waiting room yet; knowing he didn’t leave for The Woodcock ‘Happy Hour’ on receipt of this news.

The mother, in her early 20’s, talks with the nursing staff about how Marks & Spencer’s energy efficiency seemed to have improved with their addition of thermostatically controlled refrigerators.

The tired nursing staff, rotund of stature, red of face and disinterested in discussing refrigeration systems, advise her to talk about something interesting. The alternative being  a threat to make her husband immediately aware of his son had already arrived!

The young mother taken aback by this impoliteness muttered “Miserable bleeders!” under her breath and summoned her husband, via one of the nurses.

The husband joyously greets his wife in her maternity room. He decreed that from this day onwards the 25th April shall be known as his son’s birthday.

His wife attempts to point out that he needn’t decree this as it had already been adopted worldwide anyway. However, her husband has just exited through the ward doors with the parting words “I’m off to The Woodcock. You decide on the name!”

It was an inauspicious entrance into the world for the young boy who they named Gary, after The Beatles drummer Ringo Starr.

It has to be said that my arrival was far less dramatic than that of my brother Ian, who was born at home in Kirkstall two years later. Our Ian gave early intention of his later clumsy heavy handedness when, shortly after arrival, he knocked over a cup of tea and broke two ornaments.

Unlike my wife who was born with a silver spoon in her mouth (which made the delivery very troublesome), my arrival in 1963 didn’t trouble headline writers. It was a year though that did spawn some historical headlines.

1963 was the year in which JFK was assassinated, The Beatles released their inaugural album, the Great Train Robbery took place in Buckinghamshire, National Service ended and the Daleks first made their appearance on the TV show Doctor Who.

I was always appreciative of the introduction of the Daleks, which made sure I wasn’t the weirdest looking thing to make an appearance in 1963.

Amongst the people I share my birthday with Al Pacino, Johan Cruyff, Renee Zellweger, Ella Fitzgerald, Oliver Cromwell and Felipe Massa. I may not have achieved their fame and fortune but I bet they can’t (couldn’t) bend balloons to make an ostrich!

I’m now off to see my mum and dad to thank them for my card and birthday present. I shouldn’t be there long as my dad will be off to The Woodcock shortly after my arrival, leaving me to my mum’s Marks and Spencer’s thermostatically controlled refrigerator anecdotes!

Thankfully, the soothsayers scare mongering didn’t materialise as genuine and he went back to solely saying sooth……. Well apart from the part about being beware of the step outside Schofields which turned out to be a trip hazard that day!

Right, I’m going for my lunch. Thanks to anyone who has sent me birthday wishes! 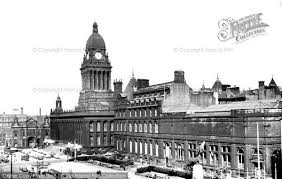