My daughter Rachel arrived home yesterday after her fortnight in the USA. Her travels took her to Las Vegas, California and Hartshead Moor service station on the M62.

They stopped off at Hartshead Moor services on the way to Manchester airport. Rach advised that watching big mouthed lorry drivers gorging on food at Hartshead wasn’t aesthetically pleasing. However, it did enable her to calibrate her camera zoom for their up and coming Grand Canyon trip.

She reports a great time was had by her and friend Laura visiting Vegas, the Grand Canyon, Santa Monica, Malibu beach, Los Angeles et al during there jaunt. During the trip Rachel’s was mistaken for a Canadian and an Australian citizen, which was strange as it was by her mum when she rang home!

Rachel thoughtfully returned home with lovely presents for her mum and I. She brought back ‘jet lag’ for Karen and a fridge magnet for me. I’d have preferred a Vegas to a Hartshead Moor services fridge magnet, but it’s the thought that counts I suppose.

American actor/comedian Drew Carey allegedly said of Vegas “You can do whatever you want, 24 hours a day. They’ve effectively legalized everything there.” His heartfelt opinions delivered just prior to being arrested for jaywalking on the Strip and looking glum in a public place. 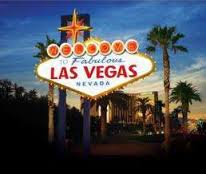 As a big Frank Sinatra fan, seeing that picture of the Las Vegas sign above evokes memories of Rat Pack movies and old monochrome clips of Sinatra, Dean Martin and Sammy Davis Jr at the Sands Hotel. I was too young to remember this era at the time. However, subsequently in adulthood have spent hours fondly watching and listening to music from their shows.

Sinatra used to sing about New York being the town that never sleeps. I know how it must have felt, as my sleep pattern is almost non existent at the minute. I’ve tried everything to try and help me relax enough to add longevity to my slumber without success.

On reflection, I suppose letting the Brighouse & Rastrick Brass Band practise overnight in my lounge hasn’t proved to be one of my better ideas…….. It has to be said, listening to the Floral Dance on tuba isn’t conducive to aiding quality shuteye.

I have to say Rachel has been a fortunate lass travel wise in 2015. This year not only has she spent two weeks in Vegas and California, but she also enjoyed thirty days in Australia. To cap off her year of exclusive junkets, she plans to visit her maternal grandparents in Birtley, County Durham.

Soon she will be able to add Birtley baths, Frank’s café and the Birtley crane manufacturing factory to Sydney Harbour Bridge, the Opera House, the Great Barrier Reef, the Vegas strip, Grand Canyon and Hollywood as iconic destinations visited in 2015.

I’m not an adrenaline junkie like Rach, so I’m going to give Birtley as miss. However, Australia, Vegas, California and Hartshead Moor services are all on my bucket list, along with a Woodall services fridge magnet and shed loads of buckets!

Anyway, as the great French philosopher Arnold Thacklethwaite once said “Has anyone seen my sheepskin slippers?” I realise that doesn’t relate to any part of this blog, but I thought I’d share it anyway…….. By the way, if you’re interested, his slippers were in a cupboard under the stairs………. Oh, you weren’t! 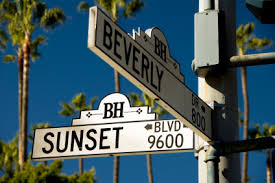